By DAVID RICKERT
August 8, 2005
Sign in to view read count 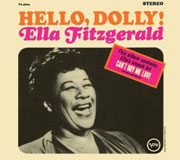 There's an odd bit of trivia contained in this album. The biggest hit from the record, Ella's version of the Beatles' "Can't By Me Love, shows how widespread the influence of rock and roll became (which eventually spelled the downfall of jazz as a popular music.) Yet it was Louis Armstrong's version of "Hello Dolly that eventually knocked the Beatles from the top spot on the charts. It should come as no surprise that "Can't Buy Me Love was the hit from this record in the heyday of Beatlemania, but it should be equally no surprise to Ella's fans that it isn't the best thing on the record.

In fact, this isn't the best Ella album by a long shot, but Ella's work is so consistently enjoyable that even her marginal work is worth a listen. Her version of "Hello Dolly is all sass and swagger and "People is the equal of Babs's version. But "How High the Moon is almost worth the price of admission by itself. Unlike the classic hyped up version, this one is slowed down to a beautiful ballad with a lovely solo from Zoot Sims. It's no stretch to say that this is one of Ella's finest recordings.

Frank DeVol was always underrated as an arranger, and displays his usual fine use of strings to cushion Ella's lovely vocals. However, not everything here clicks like we would expect. Hello, Dolly! will please the zealots who have plenty of Ella already in their collection and are yearning for more, but newcomers should look elsewhere. 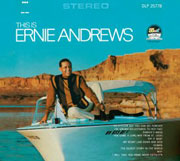 The minor ninth chords, burbling organ, and punchy horn riffs instantly indicate that we're in R&B and soul land with Ernie Andrews. Yet the cover, with the singer lounging on a boat, suggests that this will be polite, accessible music that won't ruffle the feathers of the Hamptons crowd.

Fortunately, the music contained on the album is quite good. Andrews deserved wider recognition as a singer who could deliver enthusiastic soul powered by arrangements played with precision. He turns "I've Grown Accustomed To Her Face into a tribute to his wife without resorting to schmaltz and "Parker's Mood is an equally effective blues number set on simmer. Andrews is a good enough singer that given the right material and presentation, he was bound to turn in a fine performance. He probably deserves more recognition than he gets today, and This Is Ernie Andrews is a fine welcome to one of the forgotten. 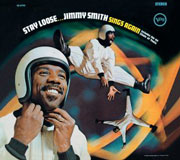 First off, let's talk about the cover. Is Smith a human cannonball? Evel Knievel? Smith has had his share of goofy covers, but who in the marketing department back in '68 thought this would be a great way to sell records?

Fortunately, the cover may have steered people away from one of Smith's weaker efforts. His steamy mix of blues, soul, and jazz on the electric organ should have found a home in the early days of the rock'n'roll era. But this effort, which features Smith on vocals as well as organ, isn't up to the standards of his previous work. It isn't that Smith is a bad singer, but rather that material such as "Stay Loose is so pitifully bad that Smith can't rescue it.

Not surprisingly, the tracks where Smith turns off the mike and cuts loose with Stanley Turrentine and Phil Upchurch are the real burners; a cover of "Chain of Fools really generates some heat. And the extra horn sections and background vocals are a nice way to give some variety to Smith's sound, which for a while was working the guitar-sax- organ-drums format for all it was worth.

Smith enthusiasts (and there are many) will find this a curiosity with a few great tracks that pads out their collection, one you might listen to if you were revisiting his entire body of work. Everyone else won't want to bother with it. 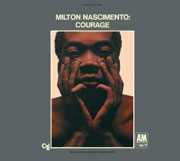 Milton Nascimento was a little late to cash in on the craze for all things Brazilian, but those expecting a Gilberto or Jobim clone would have found something altogether different from bossa nova anyway. Courage, his debut, is widely regarded to be his best effort, and no doubt Creed Taylor saw the possibilities when he signed him and enlisted a roster of heavyweights from the CTI label to provide backing.

Nascimento draws on a host of influences to create his haunting, beautiful melodies from the music of his own country, to folk and jazz. For once a CTI release isn't overorchestrated '" Emuir Deodato provides just the right amount of ghostly strings and keyboard washes to further color Nascimento's songs. At times the guitarist-singer is quite a bit chillier than bossa nova, but Courage worms its way into your head on repeated listenings in a way that shows more depth and sophistication than much of what was coming out in the late 1960s.

Courage is one of the best debuts in any genre and its return is welcome. A true classic.

Tracks: Hello, Dolly!; People; Can't Buy Me Love; The Sweetest Sounds; Miss Otis Regrets; My Man; How High The Moon; Volare; The Thrill Is Gone; Memories Of You; Lullaby Of the Leaves; Pete Kelly's Blues.

Tracks: Why; On A Clear Day You Can See Forever; I've Grown Accustomed To Her Face; My Heart Laid Down and Died; Parker's Mood; I Will Take You Home Kathleen; Human; Try It Baby; The Oldest Story In the World; You Came A Long Way From St. Louis.

Tracks: I'm Gonna Move To The Outskirts Of Town; Stay Loose; If You Ain't Got It; One For Members; Is You Is Or Is You Ain't My Baby?; Chain Of Fools; Grabbin' Hold.