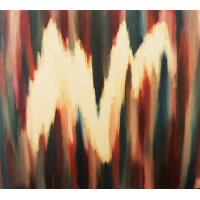 Canadian saxophonist and clarinetist Jeff LaRochelle fuses the orchestral complexity of the western classical tradition and the spontaneity of jazz on his debut Moonstone. With his band, Origins, LaRochelle interprets ten intimate pieces that he himself has penned. The music reflects his diverse influences but remains thematically cohesive primarily due to the exquisite balance of modernity and tradition and the dramatic ambience this creates.

The adventurous "Misconjecture," on the other hand, features violinist Aline Homzy and violist Jessica Deutsch's rapid tonal bursts that together with Nissen's reverberations create a tense and expectant ambience. The various instruments enter with a delightful melee of sonic fragments and crisp clusters of notes that gradually coalesce and fade out setting the stage for LaRochelle's passionate, fiery saxophone. LaRochelle's more "conventional" improvisation, backed by Wright and Nissen's sparse thuds and thrums, is no less thrilling and equally intense as the tune's first half.

A melancholic thread runs through the album as well. Bassoonist Sheba Thibideau echoes LaRochelle's tenor in a haunting, moody song on the wistful "As It Is." Their lilting chant unfolds over Wright's insistent, throbbing cadence. Elsewhere the somber "Letter from an Unknown Hero" closes with LaRochelle's elegiac bass clarinet solo.

The short but intriguing "Origins Suite" showcases LaRochelle's compositional skills at their best. Movement I, dedicated to Hungarian composer Bela Bartok, is pensive and lyrical while the second part written for Russian musician Alfred Schnittke is jaggedly melodic, playfully agile. The third and last segment named for Frenchman Maurice Ravel is hypnotically cinematic and wavers from gypsyesque exuberance to solemn tranquility.

With this freshman effort LaRochelle has proven himself a well-rounded artist adept both at multiple woodwinds as well as the pen. Hopefully this is the first installment of a superb body of work yet to come from this talented musician.