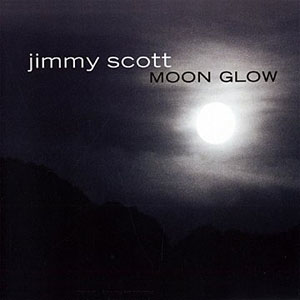 It took a long time in coming, but Jimmy Scott’s sure found his career groove with his series of “comeback” albums with Todd Barkan for the Milestone label. Barkan somehow knows how to set up Scott’s distinctive vocal presence – an unparalleled dynamic between the performer's exquisite sense of jazz and blues timing, and the ravages of Kallmann’s Syndrome on his voice – with simple perfection. On his fourth Milestone set, Scott burns like a classic torch singer through classic songs, except he seems to do more than sing these songs – he seems to embody them, to give them their own life through his voice.

Scott discovers more shadow than light in “Since I Fell For You,” which pianist Larry Willis and saxophonist David “Fathead” Newman cook up to boiling, and his duet with Willis on “Those Who Were” runs so deep it seems to stop time. This tragic, mournful arrangement of “Solitude” makes the song sound written for Scott, again with Willis plus Grïgoire Maret on harmonica blues. Guitarist Joe Beck also offers soulful counterpart, jazzing up the feel to the opening “Moonglow,” in which Scott languidly bathes just behind the beat, and the nattily swinging “I Thought About You.”