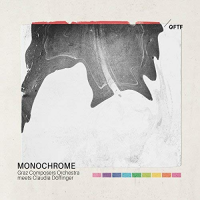 The turkey trot and tango became so popular by 1914 that the Vatican saw fit to denounce them. American ballrooms, once invaded by European dance steps, were now throbbing to these sexier moves. In his eminent book, The History Of Jazz, author Ted Gioia argues that such new currents in social dancing also forced a change on music. Jazz orchestras in New York were thus being dictated from the dance floor, not the bandstand.

The great era of big bands that grew from this was also the result of societal change. Three of its leading lights—Woody Herman, Coleman Hawkins and Fletcher Henderson—were the products of college education and musical academia. Contrast this with young offender Louis Armstrong, learning his licks in reform school, and Bix Beiderbecke who dropped out of high school hardly able to read music.

These new literates needed all their tuition, writing parts for combined sections of sax, trumpet, trombone and rhythm. Nowadays you most likely find big bands playing on a college campus, keeping the custom alive if not forging its future. So it seems fitting that German composer Claudia Döffinger won the Downbeat Student Award in 2017 for her piece White Note Exorcist. Döffinger studied piano and composition in Austria and seems honour bound to restore our faith in big bands.

Not that big band music alone is driving Döffinger, who is backed here by Graz Composers Orchestra. You hear as much influence from George Gershwin, Aaron Copland and German rock fusionists Can. The aforementioned White Note Exorcist—using only white piano keys—is a thing of wonder. From its Broadway fanfare we move through urgent piano tones, hints of sweet discordance, more haunting piano amid the brass, then a breathless theme where the woodwind takes centre stage.

"Monochrome," which follows, sounds modern classical from the outset with its moody richness. Guitar lines flicker as Döffinger's piano forms a base for the encroaching ensemble. "Foxes" is the first of three original songs, performed with sassy verve by vocalist Ursula Reicher. Amid a run of shady bass lines, the reeds cavort like guests at a moonlit revel. "Choke On It!" has the up-yours attitude its title suggests, sounding like Kurt Weill sung by Amy Winehouse. But the rather lumbering "Elephant" is a rambling ballad lacking in focus.

Based around these are two more instrumentals. "Der Vierundzwanzigste Sommer" wafts piano and synth together like a summer breeze from Chicago's jazz land. Then closing number "Mumpitz" has muted trombone and regal brass over a selection of rocky beats.

Too complex for a ballroom boogie, Döffinger's music nonetheless gets you jiving inside. She is a fabulous talent with a clear mission statement. Though an invite from the Vatican is probably not pending; not even for her.