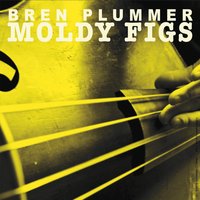 Bassist/Composer Bren Plummer has been walking that fine line between classical music and modern jazz since he first introduced himself to the jazz world via piano trio with his debut recording, Nocturnal (Bren Plummer Music, 2015). His musical energies have been directed into two respected orchestras in Washington state, the Yakima Symphony, and Symphony Tacoma. His forward thinking vision is a sort of musical crossroads between the two musical forms.

For his follow up recording Moldy Figs, Plummer has convened some of the top jazz musicians in Seattle, to perform eight original compositions that reflect the dual properties of his collective musical sensibilities.

The task of composing music that challenges and accentuates the finer qualities of his stellar supporting cast is a difficult one indeed. Having players such as trumpeter Thomas Marriott, drummer D’Vonne Lewis, and vibraphonist Susan Pascal certainly tilt the odds and results in some inspired work. Marriott himself has ten releases on the respected Origin Records label. Plummer has shown himself to be a fine musician, with a deep, thick tonality that is original and engaging. For this recording, he puts himself in the center of a complex rhythmic triad with Pascal and guitarist Frank Seeberger, the foundational tether for the winding, angular passages of these eight compositions.

The opener, "Sycophantic Chanteuse," reveals a primer as to the intentions and results for the eclectic bassist and composer. Featuring a jagged, sharp edged, bop induced melody line, this musical adventure is driven by fine solos by trumpeter Marriott and saxophonist MacDonald. Both play with great invention throughout the session, and along with the work of drummer Lewis, provide the best invitation to give this record an honest listen. While sophisticated in terms of composition, Plummer's work here is not as emotionally engaging as I would expect from a gathering of talent of this caliber. It is difficult to know what the leader directly had in mind here, what expectations he envisioned for each musician individually and collectively as a group.

"Yellow 5 Yellow 6" runs into the same dilemma. The melody is complex, interlaced with abrupt, extreme changes of tempo. Pascal delivers a beautifully transforming solo on vibraphone, truly the dynamic moment of this piece.

"Hard Time" is a hard bop, straight on groove that perhaps best facilitates the musical conversation of this session. Plummer delivers a scintillating solo that leads into insightfully inspired passages by Marriott and MacDonald, who provide some of the finer improvisational moments of this recording. Lewis' Max Roach-like boplicity drives the band down an avenue that needed to be explored more often on this record. While Plummers' last recording of jazz standards recognized and accentuated the instinctive talents of pianist John Hansen and drummer Reade Whitwell, the effort to demonstrate his extensive compositional prowess may have curtailed some of the creative spontaneity available in large doses from this immensely talented cast. When Plummer attains his creative sense of balance between written and improvised usage, something special is bound to inevitably happen. My guess is that it will in the near future.