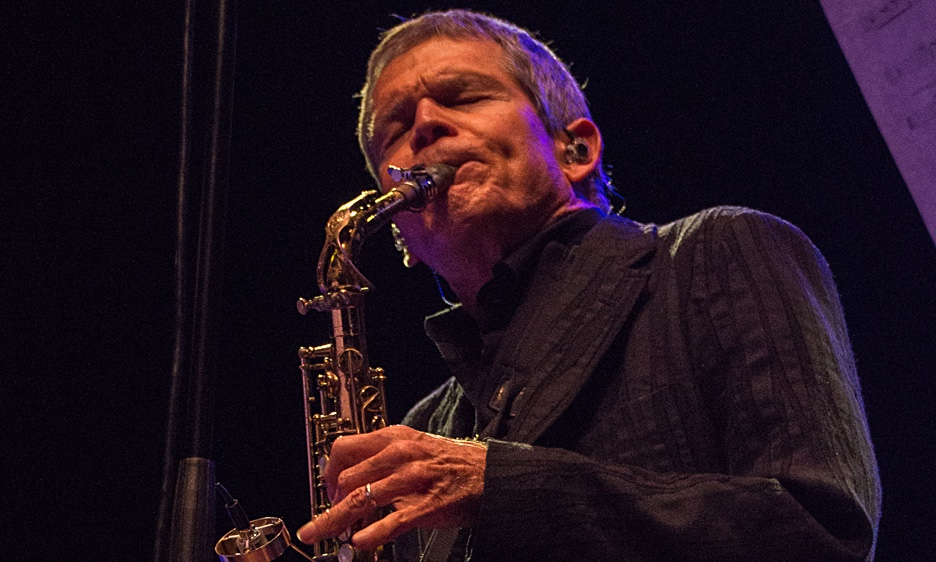 Skyscraper cruise ships pull up to the the port of Molde in Norway, temporarily overpopulating this small west coast city, in addition to the folks who are already visiting for its long-established jazz festival. The Molde centre might be conventionally dedicated to shopping, but the surroundings feature fjords, old wooden houses and sloping hills of greenery. Then we have an abundance of small islands, and a distinct absence of darkness, courtesy of the midnight sun.

Moldejazz began way back in 1961, and it's amongst the globe's oldest jazz festivals. Its spiritual core resides in the Storyville Jazz Club, which has moved locations many times down the decades. In recent times, it's found its new home in the Plassen cultural centre, which squats on surely the steepest possible foundations for a music venue. All of the gigs are within easy ambling distance, apart from the large park stage of the Romsdal Museum, which involves a steep trek. During Moldejazz's six days, the schedule was packed (but not overly so) with high profile Americans, set beside a roster of frequently more alternative Norwegian acts.

In the intimate Storyville, Universal Indians were joined by multi-instrumentalist Joe McPhee, his plastic alto saxophone matching his glow-rimmed shades. Fellow hornman John Dikeman was dominant on bristling tenor saxophone, inflamed whilst McPhee blew cooler, precise and detached. Dikeman appeared more connected with the free spirit, driven and volatile, issuing multiphonic cries, and getting into the Ornette Coleman mode that provided the foundation of this set. Then, the saxophones were twinned for the entrance of "Lonely Woman," and Dikeman cut things up, inserting Albert Ayler quotes, emphasising the great free-gospel forefather who provided the other pillar of this set.

This year's very strong US programme boasted supergroup Hudson, growing a remarkable rapport as their Euro-tour progressed. John Medeski seemed to be getting more unhinged by the minute, and Jack DeJohnette is now contributing relaxed vocals to some of the Jimi Hendrix and Joni Mitchell material ("Castles Made Of Sand" and the "Woodstock" encore). John Scofield's addictive tune "El Swing" has become a crucial part of the set-list, and the foursome delighted in hopping from free-form polyrhythms into a straighter groove territory, DeJohnette, of course, being a happy master in both settings.

David Sanborn might appear frail nowadays, playing in a semi-seated, stool-leaning stance throughout his acoustic quintet set, but his alto soloing remains slick, cutting and bittersweet, and his verbal quips helped with the generally positive aura. It's also good that Sanborn chooses a trombonist, Michael Dease, as his warming foil on the front line. Marcus Miller's "Maputo" was a stand-out, Sanborn issuing precise cuts, loaded with icy soul, pausing, leaving spaces as the groove steadily built. Dease delivered a jungle bird impersonation with his mouthpiece, gradually re-assembling his horn. Sanborn gave the impression that he wanted to keep the keyboard solos concise, eager to re-enter with his own contribution. He peaked again, towards the close, with a pair of Michael Brecker numbers, "Night Jessamine" and "Tumbleweed," the latter being particularly exciting. He'd already delivered Brecker's "Half Moon Lane" earlier in the show. The set became gradually funkier, as "Spanish Joint" (D'Angelo/Roy Hargrove) and "On The Spot" (Wycliffe Gordon) jumped towards the climax.

Tord Gustavsen offered a completely contrasting creep around the quietest corners, hymnal and poised, as ever, but using increased traces of electronics, as subtle as might be expected, altering his accustomed mood, but not mauling its sanctity. Representing youthful Norway were the trio of I Like To Sleep, who won the Jazzintro competition during the festival. From Trondheim, they favour a very unusual confrontation between shimmering vibraphone and deranged baritone electric guitar, with drums caught in the middle, these conflicting sides of low fuzz and tingly float being perfectly balanced in the sonic space.

Similarly virtuosic were the trio of bassist Dave Holland, saxophonist Chris Potter and tabla-rooted percussionist Zakir Hussain. Holland was in conversation with fellow bassist Arild Andersen, earlier in the day, reminiscing about the early 1970s when they first met, the Wolverhampton son confessing to his skiffle roots, and revealing that he took guitar lessons from Ralph Towner, transferring those techniques to the bass. Andersen bought an amplifier from Holland, in 1972, here in Molde. Holland said that he prefers to relax, not push, when he's on tour. Sometimes he's tired, and too tempted to wake himself up through too-forceful playing. During the evening set, all three members contributed compositions, giving a masterclass in sensitive communication and flowing trialogues. Hussain had a couple of extra small drums and a cymbal, to augment his core tabla set-up. Potter excelled whether choosing soprano or tenor saxophones, and a particular tune highlight of this set was Holland's own "Lucky Seven."