Tom Petty and The Heartbreakers: Mojo

By DOUG COLLETTE
August 9, 2010
Sign in to view read count 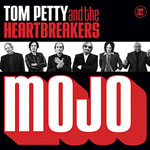 Given the earthy currents of electric blues coursing through this Tom Petty and The Heartbreakers album, right from the start of the wailing harp on "Jefferson Jericho Blues," Mojo is an appropriate title indeed. It should be no surprise the group hearkens to the late, great Muddy Waters, because anyone who's heard them live understands that this band knows its roots.

But it is mildly shocking, at least, to hear an album totally bereft of the craftsman-like pop smarts Petty and his band have cultivated over their thirty years together, In fact, apart from "I Should've Known It," there's hardly a sign of the anthemic likes of "The Waiting" on Hard Promises (MCA, 1981) or "Freefallin'" from Full Moon Fever ( MCA 1989). But then this isn't the same band: Mojo is the first recorded example of the lineup that's been on the road with Petty for the last eight years, including multi-instrumentalist Scott Thurston, drummer Steve Ferrone and original Heartbreaker bassist Ron Blair.

Consequently, fans of Petty's commercial side may end up disappointed with this self-produced studio album. Yet the songs are less important than the playing of the band, which in itself is generally excellent, but in surprising ways: Mike Campbell stretches himself to even great lengths of versatility than usual throughout (hear how he mimics Junior Murvin's guitar work with the latter day Wailers on "Don't Pull Me Over") but equally notable, and unusually prominent from start to finish, is keyboardist Benmont Tench: his sense of direction is impeccable as, on "The Trip to Pirate's Cove," for example, he invariably finds ways to fill any spaces around Petty's singing.

There's a pervasive theme of flight within Mojo, and not just in obvious references such as "Running Man's Bible." It's as if Petty's writing parables inspired by his sense of he and the Heartbreakers escaping the expectations and preconceptions about themselves with this music. When, in "Takin' My Time," he sings of "What's on the road after me..." it's hard not to recall the hellhounds on the trail of Robert Johnson.

Nevertheless, It would've improved the pacing and elevated the accessibility of Mojo if a couple more conventional Tom Petty rockers were astutely sequenced amongst the fifteen tracks on the CD. There's no denying, however, the deliberate juxtaposition of "Something Good's Coming" and "Good Enough:" Despite the ominous air that permeates much of this largely mid-tempo album, it ends on a positive note that, in turn, hearkens back to its approximate mid-point "No Reason to Cry."

So, while some longtime Petty aficionados may be taken somewhat aback by Mojo, its major attraction remains for music lovers who love to hear the sound of a veteran band finding its way into new stylistic territory, behind a leader who's confident enough of his own skills to lead them outside his own artistic comfort zone.

Jefferson Jericho Blues; First Flash Of Freedom; Running Man's Bible; The Trip To Pirate's Cove; Candy; No Reason To Cry; I Should Have Known It; U.S. 41; Takin' My Time; Let Yourself Go; Don't Pull Me Over; Lover's Touch; High In The Morning; Something Good Coming; Good Enough.

About Tom Petty and The Heartbreakers