By GLENN ASTARITA
December 1, 1998
Sign in to view read count 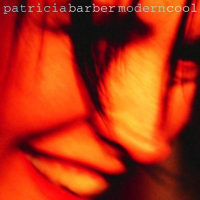 Patricia Barber's "Modern Cool" will most certainly be included in numerous polls and Top 10 lists for 1998. Patricia Barber is exhibiting all the characteristics of becoming a major force in the jazz community. The accolades have been substantial and overwhelming. Vocalist and composer Patricia Barber is a hip, sleek and cunning stylist who demonstrates impeccable intonation, phrasing and nuance.

Patricia Barber covers standards such as: "You & The Night & The Music" and The Door's "Light My Fire", invoking images of late night performances at smoky jazz clubs with "Beat Generation" luminaries such as Allan Ginsberg and Jack Kerouac in attendance. "You & The Night & The Music is a moody and bluesy rendition of this Dietz-Schwartz classic, which serves as a perfect vehicle for Barber's misty low register vocal prowess. Guitarist John McLean supports Barber in complimentary fashion with passion and resolution. "Light My Fire" serves as a perfect match for Barber's understated and smooth as silk voice. Drummer Mark Walker lightly taps the congas while McLean contributes the atmospheric guitar counterbalancing Barber's animated, cool and pristine phrasing. The original composition titled "Constantinople" features some fine arco-bass from Michael Arnopol and piercing upper register soloing from trumpet master Dave Douglas. Constantinople is ultra-hip and conjures up notions of "Beat Generation" poetry readings with the unmistakable sounds of groovin' and jazzy backdrops. Here, Barber explores various tonal ranges with alluring vocal pyrotechnics that merely suggest fanciful soundscapes sans lyrics. "Company" is a glib narrative which touches on modern topics such as MTV and Cellular Phones all set to a basic funk-rock backbeat while Dave Douglas pulls off a stirring and quite lyrical trumpet solo. Paul Anka's "She's A Lady" is given the finger snapping hipster treatment. Other than trumpeter Dave Douglas this reviewer is unfamiliar with Barber's band mates; however, the support is outstanding throughout. One would assume on the basis of this recording that they are keen and somewhat sympathetic to Barber's very unique approach. Barber is a stylist every step of the way and "Modern Cool" rejuvenates the spirit of jazz' boundless horizons. Highly Recommended.