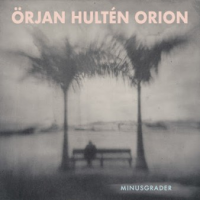 Technique may not drive saxophonist Orjan Hulten, but most certainly jazz tunes filled with heart and soul do. On Minusgrader, an album featuring his quartet of fellow Swedes Torbjörn Gulz (piano), Filip Augustson (bass), and Peter Danemo (drums), the blues, ballads, and bop have simple laid-back structures. That is just fine, because the music's warmth permeates like the sun's rays on a late spring evening.

Hultén's tone is reminiscent of John Coltrane and Joe Lovano. He uses tonal inflections to give the compositions a friendly feel. The other members of the group demonstrate affinity for this kind of low-intensity passion in their playing and in the compositions they contribute to the effort.

The upbeat tunes on the album are especially noteworthy. A case in point is Augustson's "One for Britten," which allows Hultén to demonstrate his skill at musical conversation. Gulz interjects modal playing and a piano touch that seems like dancing lightly on the keys. "Heading East," another one of Augustson's positive yet gentle tunes, features his introspective solo and Danemo's adroit flourishes underneath Hultén's soulful articulations.

Happiness is a hallmark of some of the compositions. For example, Danemo's "1961, (Echoes)" is delightful road music, like an evening journey on the subway, looking out the window over Brooklyn as the lights go on at dusk. Augustson's "Do It Anyway," with Hultén's bubbling solo, suggests a freedom full of possibilities.

There is much to enjoy on this engaging and charming album. With the radiance of the tunes populating this album, is the icy Scandinavian sound beginning to thaw?

Minusgrader (Minus Degrees); October in May; Unless It's You; One for Britten; Adore You; Blues i manegen; 1961, (Echoes); Heading East; Do It Anyway.