By CHERYL HUGHEY
December 18, 2003
Sign in to view read count
With the release of It Just Happens That Way, Mindi Abair has rocked the jazz scene. Daring to go where no sax gal has gone before, she’s taken the music world hostage. The singles, “Lucy” and “Flirt,” have managed to climb their way up the charts, while positioning Abair as one of the top players in smooth jazz radio. However, Abair doesn’t label her music as jazz. It just happened that way.


“It’s been so cool because we made this record completely not thinking about what format it would fit into. I felt really strongly about making a record that was going to be musically fun for me and it would be a record of songs that I just thought was cool. No matter if they fit into rock, pop, R&B, soul or jazz. I think what we came up with was just a really cool mix of what I’ve been influenced by the years,” said Abair. The result is a sound that is all her own. 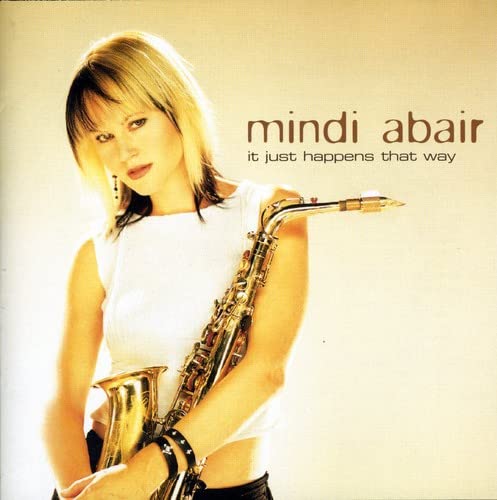 Like a lot of musicians, Abair’s musical tastes were diverse growing up. Although Janet Jackson was in her stereo, the saxophone was in her soul. Learning jazz was a natural transition. “I went through a phase in college where I didn’t like anything but traditional jazz for four years. I really just got into it. I think it was more of a phase that I went through just like anything else what I was listening to. It became a huge part of who I am and the music that comes out of me naturally,” shared Abair.


However, It Just Happens That Way isn’t your typical smooth jazz album and Abair's biography will tell you that she isn’t “your father’s jazz musician.” Said Abair, “I feel that this record is very pop oriented. I feel that any record I’m going to make is pop oriented. Is it pop instrumental? Is it smooth jazz? I suppose it could be answered by the individual.” Adding, “I really don’t care what label is put on me. As long as people are turning their radios up to 10 to listen to it, I’m fine. That is what I want. Is that smooth jazz? I don’t know how smooth it is.”


No matter what you call her music, smooth jazz fans are embracing Abair with open arms. With a steady year of touring, her popularity is souring in genre that is mostly dominated by men. What’s it like being a mistress of music in a guy’s world? According to Abair, “I really have a good time with it and I’ve found that a lot of women have asked me, ‘Do you feel inferior? Do you feel treated like a woman?’ I feel like whenever I walk into a situation, you’ve proven yourself to get there,” said Abair. Confidently stating, “Once you walk in there’s respect, whether you’re a woman or a man . . . You all just come together as a group and do it.”


Abair is definitely enthusiastic about her success. “The chance to get my own record out there was so exciting that this year has just been awesome.” Smiling, “Our mission is to just rock.”


You can currently catch Abair with Peter White during the Peter White Christmas tour. Abair also has a promotional CD available, I Can’t Wait for Christmas.

Visit Mindi Abair on the web at www.mindiabair.com .

Down to the Bone Plays Capital Jazz Fest

A Taste of Spring