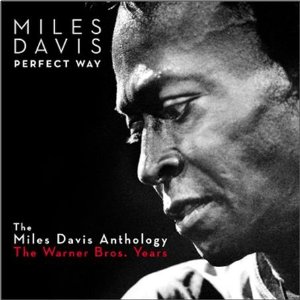 The composer John Cage related a funny story about an encounter with trumpeter Miles Davis. It happened at a US airport sometime in the mid 1980s. Cage was travelling with the choreographer Merce Cunningham, and the two were waiting in the same holding pen as Davis and his party. Someone pointed Cage and Cunningham out to Davis—then around 60 but dressed like a teenager trying to attract attention on a Saturday night—who came over and, addressing Cunningham, rasped, "Are you John Cage?"

Cage, intuiting that Davis had deliberately made the "mistake" to insult both Cunningham and himself, replied, "How old are you actually?"

As put-downs go, Cage's riposte scores at least an eight—but it also touches on a wider issue....

Did Davis really believe, as he always maintained, that his post-Columbia recordings—he left his label of 30 years for Warners in 1985—were as musically innovative as his work in the 1960s and 1970s? If so, could he hear something that no-one other than his most obsessive fans could hear? Or was his embrace of bassist, arranger and producer Marcus Miller's bland fusion-funk, with which he launched his post-Columbia career, simply a cynical and ill-judged attempt to be "down with the kids," a case of late-onset midlife crisis? Whatever the answer, Miller's work, by all objective standards, was for its time conservative rather than adventurous, ploughing a worn-thin funk furrow that had already been radically reinvented in the South Bronx (it was very different then) by Afrika Bambaataa and the Tommy Boy, Celluloid and Clappers crews. With Miller at his side, Davis wasn't ahead of the wave, as he always longed to be, but behind it.

Perfect Way, a 2-CD compilation that includes, along with five previously unreleased tracks—of which more in a moment—some of Davis' "best" work with Miller, is unlikely to create any new converts to their joint oeuvre. The tracks from Tutu (1986) and Amandla (1989), both produced by Miller with Tommy LiPuma, have not been improved by the passage of time; indeed, they sound even more pedestrian in 2010 than they did two decades years ago, their rhythms leaden, their arrangements the sound of non-surprise, and Davis' solos, too much of the time, noodling and inconsequential. His Warners recordings with either Michel Legrand or Quincy Jones at the helm were, and remain, more satisfying, but Legrand's Dingo and Jones' Miles Davis & Quincy Jones Live At Montreux, both cherry picked here, were retro affairs, and neither came near the greatness of the era they were revisiting.

Five other tracks have until now remained unreleased, and with good reason. "Rubber Band" and "Digg That," plodding fusion-funk both of them, are from 1985 and 1987 sessions, respectively, with bands featuring either Adam Holzman or Jeff Lorber at the synths. Davis sounds a little more engaged on "Portia," "Carnival Time" and "Human Nature," which were recorded live in Nice, France in July 1986 with a band including guitarist Robben Ford, Holzman and Robert Irving III on keyboards, and Davis' nephew Vincent Wilburn Jr. on drums. Davis plays a pretty, muted solo on the ballad "Human Nature," but the vibe is shredded by Ford's subsequent rock-out solo.

There are two very good tracks on Perfect Way, however, though neither came out on Warners first time around. "Murder" is from The Hot Spot (Verve, 1990), the soundtrack album from the Jack Nitzsche movie, on which Davis collaborated with guitarists and vocalists John Lee Hooker and Taj Mahal on a sequence of loose and atmospheric, blues-based jams. That album's "Gloria's Story" is a more substantial track, but "Murder" is tough enough. The other winner is "You Won't Forget Me," from vocalist Shirley Horn's eponymous 1991 album for Polygram, on which Davis guested. Even at this late date, he gives great harmon-mute, but once again, it's no more than an echo of past glories.

The last words should go to Marcus Miller, who wrote one of the brief essays in the liner booklet. Listing some of Davis' achievements, Miller writes, "In the '50s he showed us how cool jazz could be with his experiments on the west coast." Which west coast was that? The west coast of the East River? All Davis' "cool school" music was forged in Manhattan, starting with the Birth Of The Cool (Blue Note) sessions recorded 1948-50. Oh dear.