Mike Keneally: Behind the Creative Mind 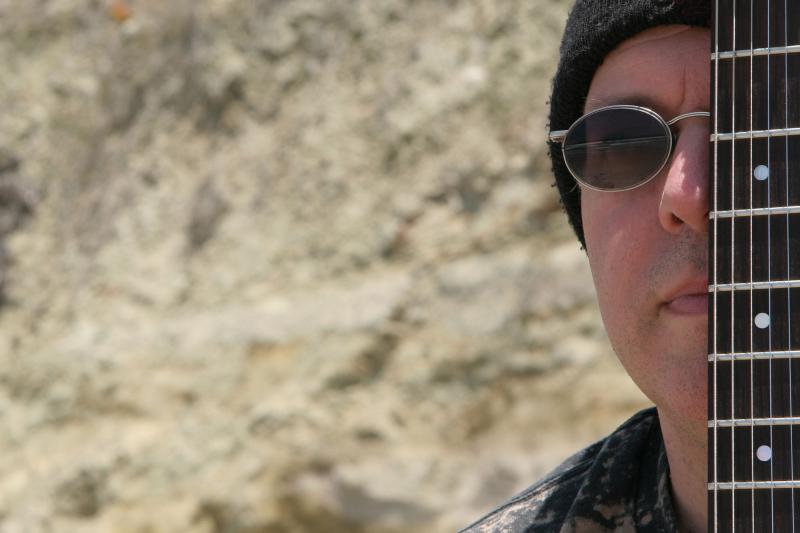 By MATTHEW WARNOCK
November 10, 2010
Sign in to view read count
Percussionist Marco Minnemann's Normalizer 2 series grew out of an interesting and challenging premise. The accomplished drummer recorded an hour-long improvisation and then submitted the same recording to other artists, including John Czajkowski, Phi Yaan-Zek, Trey Gunn and Alex Machacek, and asked them to compose accompanying music to pair with his improv. Though this approach to composition sounds difficult to say the least, the results have proven to be highly inventive and musically smooth, if one didn't read the liner notes they might not realize how these pieces were initially conceived. With such a successful run in the series so far, Minnemann recently approached guitarist Mike Keneally, who gladly took up the challenge, which would result in the 2010 album, Evidence of Humanity (Exowax).

Though he is probably most well-known for his guitar work with Frank Zappa and, most recently, Joe Satriani, Keneally is a talented multi-instrumentalist who brings a whirlwind of influences and melodic tastes to this project. Playing several guitars, bass, keyboards, percussion, wood flutes, voice and randomia, Keneally's take on the Normalizer series comes across as being a mix of preconceived composition and in the moment improvisation, which is quite the accomplishment given the compositional circumstances of the album. His playing is first rate and the music craftily composed, everything that would be expect from a project with Keneally's name on it.

In addition to the audio recording, the two-disc release of Keneally and Minnemann's Evidence of Humanity also includes a DVD with an interview with the two artists, as they discuss the project and the recording process, as well as a live duo improv. By providing the bonus interview and concert, the release provides the opportunity to get into the minds of each performer, as they worked their way through the project. Even understanding what went into releasing this album, most will be left scratching their heads in amazement at the concept, as well as the effort needed to make the recording as successful as it is.

All About Jazz: The album has a very interesting concept behind it. Who approached who to get the ball rolling?

Mike Keneally: It was Marco's concept entirely. He improvised the initial drum solo without necessarily having a specific end result in mind, but upon hearing it back he began to formulate the idea of making it available to different players to see what they might do with it. At one point Marco wanted to release a box set of all the different players' versions, but that idea proved unwieldy, so each of the players have released their own versions independently.

I was very glad to be asked me to work with him on this series. I thought it was a tremendously creative and playful idea. I've heard all of Marco's Normalizer 2 [releases], based on the same drum solo, and I've heard parts of John Czajkowski, Trey Gunn, Alex Machacek, Mario Brinkmann and Phi Yaan-Zek's versions. I've found it fascinating to compare how we all approached the same project in very different ways. 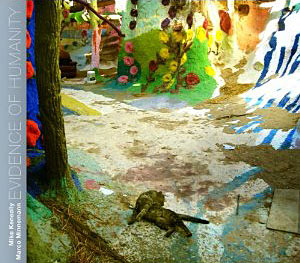 AAJ: Did you find the idea of composing to a pre-improvised drum track difficult or was it a welcomed challenge, or both?

MK: It was really not that difficult. I found Marco's playing to be so inspiring and evocative and just listening to what he did brought all sorts of music out of me. Executing all the orchestration and making everything sound nice obviously took some time, but the initial musical ideas for each section came very quickly and I intentionally didn't second-guess my instincts.

AAJ: How did you approach the initial steps in composing your part of the album?

MK: I chose not to listen to the entire drum part prior to starting recording; as I was working on Scambot 1 (Exowax, 2009) during the same time period. Since that album was very thought-out and detail-intensive, I welcomed the opportunity to take a very different approach with Evidence of Humanity. John Czajkowski was the recording engineer for my version.

For the initial step, I simply asked John to play me the first minute or so of the drum part. Then, I listened to it again and began to hear a guitar melody in my head, which I then recorded. Then I went back and devised orchestration with other instruments for just that very opening section.

This turned out to be the approach I took for the whole album. Step by step I would listen to a portion of drum solo, a musical idea would occur to me quickly and I'd record it and flesh it out with overdubs before moving on to the next section.

AAJ: How much improvisation was included in your part, and did you steer away from improvising too much because the drum track was already completely improvised? 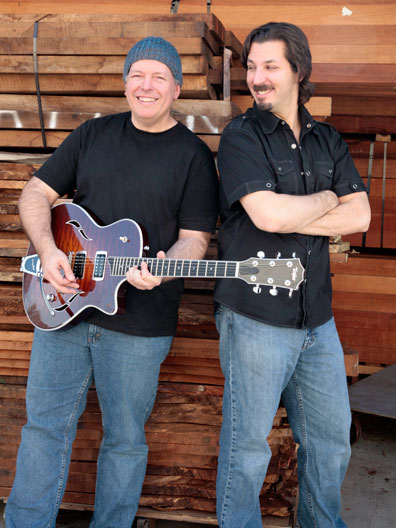 MK: On certain sections I did simply improvise rather than quickly compose something. In particular, "Clown Removal" and "Trying" have long, entirely improvised guitar parts. In the case of "Clown" I actually improvised the guitar solo prior to working out the chords which would eventually go behind it, a sort of backwards but interesting way to do things.

Or in the case of something like "Our Collected Wisdom To Date," I improvised a melody with a horn sound on John's Kurzweil keyboard, then devised harmonies for each little section of the line. All the music was manually played, there isn't any programming or artificial harmonization on the album.

AAJ: Where the song titles prewritten, and if so, did they influence your compositional approach to each track?

MK: All the titles came afterward and were simply responses to the way each section sounded to me.

AAJ: There are many layers to your playing on the album, as well as a number of instruments that you use in your playing. Can you talk about how you approach layering in your writing when tackling a project such as this?

MK: It's all very intuitive. When I would listen to a new section of the drum solo in order to begin working on a new part, sometimes I would hear a guitar part in my head, sometimes a keyboard part and sometimes a bass line. Whatever sound popped into my head, that's what I would record first.

The layering which would then build up around that initial part is just a reflection of my personal taste regarding arrangement and record production—just build things up until the section feels the way I want it to feel, achieves some sort of goal which I can't describe verbally but can at least put down in sound.

AAJ: You mention in the liner notes that you perform on a "xylophone type instrument" on the album. Can you describe this instrument and tell us how you were introduced to it in the first place?

MK: It's a wooden mallet instrument of several octaves which was built by Joe Hlavaty and given to me as a gift on tour in the late '90s. It has no stand and no resonators under the bars so it has a very spiky sound. For the album, we put it on top of an amp case so I could play it in the sessions. You can hear me doubling some of the guitar lines on "Tooth And Cold Stone Pew" with it.

AAJ: How would you describe your relationship to jazz and classical composition? Do you even feel like you fit into those genres, or is the avant-garde beyond any categorization at this point in musical history?

MK: I'm not sure about genres in general as it applies to me. I think it's clear I've never fit into any particular style, which is why it might be hard for listeners to get a bead on me, and therefore why I haven't built up a larger following. A lot of people like to know exactly what something is going to sound like before they even press "play," but I've always enjoyed being surprised in my own listening habits.

I guess my own music is a natural extension of this taste for surprise and adventure. I love high-quality examples of every music genre you can imagine and I don't turn myself off automatically to anything. To specifically respond, my relationship to jazz and classical is one of enthusiastic listener and student, and awed admirer of the best practitioners of those styles, but I'm neither a jazz nor a classical musician. I use aspects of both styles to inform my approach to rock writing and playing. Even The Universe Will Provide (Favored Nations, 2004), my orchestral suite, is nothing like a classical piece really. I don't know what it is, but it sounds nice to me.

AAJ: Now that you've worked through the project and have seen and heard the final result, would you embark on a similar album-DVD in the future?