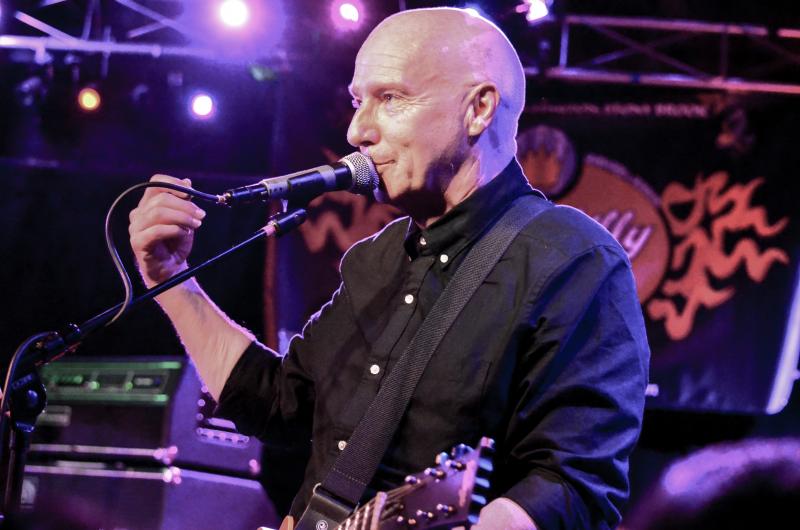 Midge Ure is a Grammy-winning Scottish guitarist, singer, keyboard player, and songwriter. He has achieved success as a member of Slik, The Rich Kids, Thin Lizzy, Visage, Ultravox and as a solo artist. During his career, he has won numerous awards and accolades, has recorded a number of gold and platinum albums and singles and co-wrote "Do The Know Its Christmas?" with Bob Geldorf. Along with Geldorf, Ure also co-organized Band Aid, Live Aid and Live 8. Ure was also recognized by the Queen of England when she bestowed upon him the OBE (Officer of the Order of the British Empire) rewarding his contributions to the arts, work with charitable organizations and public service.

Ure's musical career is just as intriguing and interesting. In 1972 Ure joined a cover band called Salvation as its guitarist. In 1974 the band changed its name to Slik and Ure took over as vocalist and the band began performing original material (some provided by Bay City Rollers' writers Bill Martin and Phil Coulter). In 1975 Ure turned down an offer to be the lead singer of the Sex Pistols. By February 1976, Slik had scored a number 1 single in the UK with "Forever and Ever." The band changed its name to PVC2 and adopted a more edgy style. Soon after, Ure left to form Rich Kids with former Sex Pistol Glen Matlock. In 1978 along with former Rich Kids band mate Rusty Egan and vocalist Steve Strange, Ure formed Visage. In 1980 Visage was signed to Polydor Records and had a hit single with "Fade to Grey," a song written by Ure but sung by Strange.

Ure also spent time as a member of Thin Lizzy. In July 1979, he stepped in to help Thin Lizzy complete a US tour following the sudden departure of guitarist Gary Moore. During his tenure with the band, in addition to touring in the States, Ure was also part of the group's Japanese tour. At the end of the tour, Ure left Thin Lizzy to work on his newest (at the time) musical project Ultravox.

Following his work with Geldorf on the Band Aid project, Ure, during a break from Ultravox, released the solo single, "If I Was," which went to number one in the UK. His debut solo album, The Gift (Chrysalis, 1985), reached number 2 in the UK charts. Soon, Ure was concentrating exclusively on his solo career. The albums Answers to Nothing (Chrysalis, 1988), Pure (BMG, 1991), Breathe (BMG, 1998) and others were released with varying success in the UK, but, unfortunately, with only a cult following in the US.

In the ensuing years, Ure has continued to record and release CDs, perform solo, acoustic and with a full band. His given first name is James. His stage name, Midge, is the phonetically reversed pronunciation of Jim which is short for James.

The first night of his 2016 US tour touched down in the cozy Long Island hamlet of Amityville at Revolution Music Hall on a chilly and damp Friday in late September. Though the club was only about half-filled, the audience was thrilled to be there. One middle-aged fan was overheard saying that he "never got a chance to see him back in the day. I can't wait to see this tonight. I had to come. I'm hoping that I'll run into some old friends here tonight."

The evening began with short early sets by local bands Color Film and the Ritualists. As the evening progressed and the audience got a tad bigger, DJ Andre, formerly of WLIR 92.7 FM and currently heard on www.wlir.fm, appeared and took over behind the mixer, CD players and turntables. Immediately, the night's soundtrack and ambiance was improved by the unforgettable selection of alternative, new wave and modern rock songs pumped through the club's speakers.

Following a short but sturdy set by Richard Lloyd, a founding member of the new wave trailblazers Television, Ure and his band took the stage. Initially, the opening number, "Dear God" suffered from unintended distortion and feedback, but once the technical difficulties had been corrected, Ure and the band delivered a powerful and timely version (given the political climate in the US in 2016) of the plaintive song with its...

...lyric. Once the technical issues had been corrected, it was clear that Ure was in excellent spirits and voice. Though his set leaned heavily on Ultravox tunes, the appreciative audience didn't seem to mind.

Ure and his band thundered through high-energy and driving versions of "New Europeans," "Call Of The Wild" (from Rage In Eden), "Hymn," "The Voice," All Stood Still," "Dancing With Tears in My Eyes" (the centerpiece tune from the Lament album) as well as "Vienna" and "Passing Strangers" (both of which were on the Vienna album). Other highlights of the stellar tour de force interpretation of "Fade To Grey" which he introduced as a song "I wrote but didn't sing" and the self-deprecating humor that the legendary singer displayed. At one point after finishing a tune he even exclaimed, "Hey we got one right!" Fantastic versions of "If I Was," "Become" and "Beneath a Spielberg Sky" meshed so well within the set that anyone other than a diehard fan would have been hard-pressed to identify them as non-Ultravox tunes.

The audience danced with sheer joy, bopped up and down to the beat as the Ure and his band gave a stirring performance. At the end of the main when "Dancing With Tears in My Eyes" ended, the band members took their bows and left the stage, the audience didn't move. Those who had previously seen Ure perform knew that he always gives at least one encore. Those who hadn't seen him before were hopeful. Ure and his band did not disappoint the fans. The first encore was a cover of "Starman," a fantastic tribute to the late David Bowie and the second was "Fragile," the title track from Ure's 2014 Hypertension Records album of the same name.

During the concert, audience members peppered the legendary artist with requests. Ure and the band continually responded with spot-on versions of his songs. Unfortunately, there can only be so many songs played during a concert. Though Ure and his compatriots didn't necessarily play the songs requested when they were requested, they certainly delivered a fantastic performance. One rather loud female fan went home without hearing her pleads for "Cold, Cold Heart" performed. Based on the amazing performance, if that was the only disappointment, the audience seemed to be able to live with it.