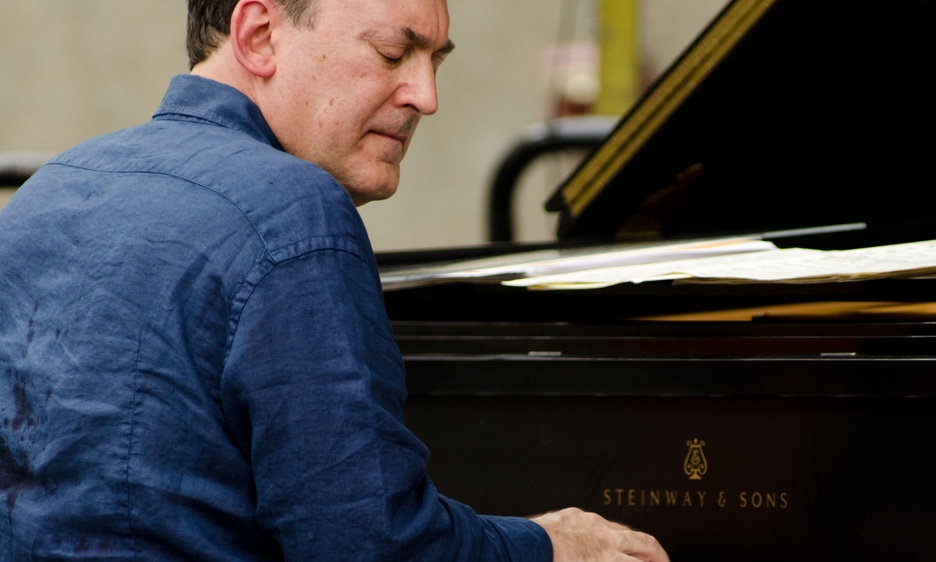 By LUKE SEABRIGHT
May 2, 2018
Sign in to view read count
Michael Weiss is a jazz pianist and composer. His mastery of the hard bop style (he cites Horace Silver as one of his greatest influences), as well as his breadth of experience accompanying some of jazz's most acclaimed soloists, have made him a key figure in the New York jazz scene. His long-standing association with saxophonist Johnny Griffin has shaped him as an artist today. Here he discusses how playing with so many great players over the years has allowed him to absorb a wide range of different musical perspectives.

All About Jazz: You perform in a trio and quartet setting, but you also perform solo. Is that something you do a lot?

Michael Weiss: It used to be only quite occasionally, but I settled into a semi-regular gig in New York.

AAJ: It's quite a different exercise from playing with a band, so what is it that's special to you about a solo performance?

MW: It affords a certain degree of spontaneity, because you don't have to coordinate what you're doing with anybody else, particularly playing rubato or playing introductions. Basically, you can play whatever you want at any time. You approach the instrument differently, more orchestrally, drawing on more classical influences than when you play the standard repertoire.

AAJ: You perform a lot in Jules Bistro in New York, is that your headquarters so to speak?

MW: It's a little base right now. I still play with a lot of different people. It's a different kind of era than it was at the time when I was touring regularly with more well know jazz legends, for lack of a better word. There were real tours and full 6-night engagements in various clubs and places around the country. It's a slightly different reality today. We don't move around the country as much. I think jazz resides more in the educational realm today and this has somewhat supplanted the jazz club setting. There's always exceptions. There are clubs still functioning all around the country and people come out to listen.

AAJ: New York City, where you're based today, is obviously one of the great capitals of jazz, but you're not from there originally. When did you move?

MW: I grew up in Dallas but I've been in New York since 1982. It's been my home for most of my life. I came here with the purpose of establishing a career and playing with the best musicians I could. I got a chance to play with a lot of great players over the years.

AAJ: You wrote and obituary almost exactly ten years ago for the great Johnny Griffin, who passed away in 2008. That's one of the most significant partnerships in your career, if only because it lasted so long. You were playing together for over 15 years. How did you meet Johnny?

MW: Johnny's drummer and I were playing together quite a lot at that time. It happened very quickly, there was a vacancy in the piano chair in Johnny's group and his drummer recommended me. I played a few nights with the band, and I was in, that was that. I recently produced a Johnny Griffin 90th birthday tribute band. Johnny would have turned 90 in April. I tried to bring this to Europe and France specifically, but unfortunately there weren't any festivals interested in doing this. Considering the length of time he spent in Europe, I was quite surprised by this.

AAJ: What would you say, as a musician and an accompanist, you learn from these kinds of collaborations, from playing with these great artists?

MW: This is quite central to how we develop our identity, our experience, our personality and our professionalism, mainly as an accompanist. As a pianist, I'm not only a soloist, I'm an accompanist to all these horn players or band leaders. I can have a great range of creativity as an accompanist, because you're listening to what the soloist is doing and you're using all your experience to lay a carpet underneath what they do, rhythmically, harmonically, melodically. You're there to support them, to work together, to be "sympatico," always in one's best sense of good taste. Every soloist has their own style. Some are very extrovert. Johnny Griffin was a real extrovert for example. He was always bubbling over with enthusiasm, energy, and fire. He played a lot, he played very busy. He wasn't the kind of guy to play economical, like an Art Farmer or a more introverted player. He was all about fire and excitement. You've got to be able to match the intensity of anyone you play with. And you've got to maintain it, that's the most important thing. With someone like Johnny Griffin, the intensity level was unprecedented, more so than with anyone I've ever played with. He was a very ebullient and fun-loving kind of guy, silly at times, in the best sense of the word. But once we hit that bandstand, from the first note, it was as serious as your life. You had better buckle your seatbelt and get ready and have your thinking cap on. You had to maintain the highest level of concentration for the duration, so there was always a bit of mental callisthenics involved.

AAJ: It seems like part of the challenge is to on the one hand adapt to the personality of the soloist, whilst at the same developing your own personality and imprinting that into the band dynamic.

MW: You have to care about being a good accompanist. You could say to yourself "I'm just gonna do my thing and this person has to play with me," but I don't adhere to that. There's such a wide range of expression that, if you have a well-rounded listening experience and you know the soloist, you can express yourself in a way that best complements what they're doing. You can't play the same way with everybody. You have to recognise what they do, how they do it, and respect it. Someone like Lou Donaldson is very direct and melodic. He communicates very directly with his audience and is much less intellectually inclined in the sophistication of his melodies and harmonies than some other players are. Some soloists also like you to feed them ideas, to throw things out for them to respond to. Some soloists are the opposite, they don't like to be distracted. You can't be too busy, you've got leave room for them to find which way they want to go. It's not about a dialogue in other words. But with some soloists it is, some really like that. George Coleman loves to have you feed him various harmonic options. It becomes somewhat like a sport or a game. How quickly can the soloist or the accompanist react to a particular choice? How fast are your ears, how fast can you go there? And again, some people don't play that game at all.

AAJ: Presumably your palette as an accompanist and as a musician is greatly enriched from playing with all these different types of soloists.

MW: Exactly, that's true. And hopefully that shapes who you are, and can be directed into how you compose.

AAJ: What other partnerships stand out?

MW: There are plenty. My first 'name' job was with the singer Jon Hendricks. That was in 1982. Right after that I began to work with the tenor saxophonist Junior Cook who used to be with the Horace Silver quintet and Freddie Hubbard. I really cut my teeth with him because we played in New York every week for a few years. That was a very exciting and stimulating time. Around the same period, I started playing with people like Pepper Adams, Clifford Jordan, Lou Donaldson, Slide Hampton... Junior Cook and Bill Hardman had a quintet and I would join their band for a while. Then I worked with the Vanguard Jazz Orchestra, formerly the Thad Jones/Mel Lewis Orchestra, at the Village Vanguard. I worked with Jimmy Heath and George Coleman, Joe Wilder, a great unsung trumpet player. A lot of great players over the years.