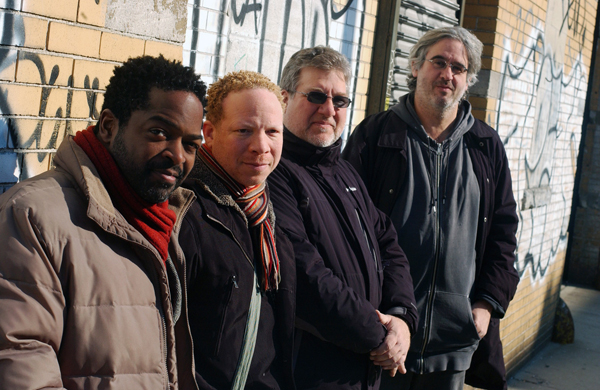 On October 28, 2010, bassist Michael Formanek brought his quartet to the Philadelphia Art Alliance to celebrate the release of The Rub and Spare Change (ECM). The album draws upon many of the strengths of the individuals and the group, providing strong evidence of Michael Formanek's skills as a composer, bassist, and bandleader. The music lends itself to being performed live, where, despite Formanek's joking insistence that the performance was a note-for-note replication of the record, the compositions opened up into new sonic territories that explored the group's inner dynamics. Along with Formanek, the quartet featured Tim Berne on alto saxophone, Craig Taborn on piano, and Gerald Cleaver on drums.

The set consisted of long suites of compositions from The Rub and Spare Change, only coming to a complete stop twice. Formanek's compositions have a deep rhythmic sensibility, which informs the improvised sections and helps to define the identity of each piece. The material was informed by three different types of feels: tightly-knit complex patterns, textural sounds, and open vamp group improvisations.

"Tonal Suite," the second piece of the night, featured a complex polyrhythmic head where Berne and Taborn played an eight note line that pulled against Formanek and Cleaver's driving, juxtaposed odd-meter vamp. The subsequent improvisation played off of this feel, finding Berne and Taborn improvising in a give-and-take fashion that was equally knotty to the head, with Taborn's lines and wide clusters crashing around Berne's ascending and descending figures.

The quartet seemed to operate at its best during sections that featured group improvisations over open vamps. The set started off with a funk-based head that opened up into a heavy vamp, with Cleaver playing an antagonistic drum groove. Formanek got into the higher register of his bass, bowing quick notes that seemed to push and pull Berne's lines as Taborn interjected well-placed clusters around them. The quartet revisited this type of playing at the end of the second suite, where Taborn and Formanek took the lead over a vamp after an odd-metered melody. Formanek and Taborn improvised lines that weaved back and forth, sometimes locking up on well-placed hits.

There were several pieces where the group played quiet, sound-based improvisations that consisted of abstract, intricate sounds and made for some of the more interesting moments of the evening. In the latter half of the second piece, in a quiet duet with Taborn, Formanek shortly employed two-handed tapping on his bass, before bowing long tones from his instrument, which Berne mimicked upon his return. Cleaver re-entered the piece by using his fingers and what appeared to be a small piece of one of his brushes to start a quiet groove that began a long crescendo and developing into a tight, odd-meter line.

The final piece of the set opened with sparse, atonal piano chords over which Formanek played wavy, bowed long tones and Berne made long breath sounds, making for what might have been the most interesting and certainly the most eerie texture of the evening. This evolved as the bassist and saxophonist changed their parts where Formanek plucked a quiet figure beneath Berne's high overtones. This began another long crescendo that featured a slow melodic passage from Berne.

The members of the group have worked together in the past and that intimate familiarity helped add weight to the performance as the band extended improvised sections and mixed different themes from the record. This made for unique versions of the material, performed with an open quality that only exists when a group has such an extensive history together.