By BOB KENSELAAR
July 30, 2012
Sign in to view read count
"I'm not thinking, 'Let me see, now, there's a possibility that I might be drafted. I'd better go in and switch my draft board registration. I should have, but I didn't. I'm trying to get into the 26 rudiments, man, and I'm trying to get to Dizzy and Jackie and Trane. I'm not trying to get to no draft board. So, I'd been on the road for six months, and during that time we didn't have cell phones or texting, or any of that. I was out of the country for about three months. I might write to my parents, but they would get my letters a month later. So, so I never knew I was drafted, but I was.

"I get to New York. I'm working with Rhetta Hughes and Tennyson Stevens at the Playboy Club. We were the opening act for Bill Cosby, December 1967, right around my birthday. We were in the big room, and Kai Winding was playing there in the lobby with Bob Cranshaw, Monty Alexander, and Mickey Roker, who I met—I wanted to take some lessons with him. I was cocky; I was having suits made. I was a little arrogant so-and-so.

"So, this the guy came up to me there at the Playboy Club, and he said, you're Michael Carvin? I said, 'Yes, you want my autograph?' Clink-clink! They had me handcuffed. They arrested me for draft dodging. I told Loretta to call Mickey Roker, and Mickey finished the gig. They took me back to the Wellington Hotel, where I was staying. Then they took me to my parent's house in Houston. They let me drop my drums and stuff off there. Then they took me to the airport, and the next thing, I was in Fort Benning, Georgia. It was maybe five or six o'clock in the morning. I fell asleep. I woke up and pinched my arm to where it swelled up for about six days. I thought I was in a dream, man.

"I can say it in hindsight, I deserved to be drafted—it ended up making a man out of me. It really showed me the value of life. I'm glad I went. It wasn't a nightmare for me. I didn't have to take medication. I didn't have to go see a shrink. It forced me to see things how they really are and understand how precious life is.

"I took the examination to get in an Army band and, out of a possible 500, I made 500. But they put me in the infantry anyway. I think because they branded me as a draft dodger. After my first fire fight, I said, 'Well, look, man, you can't be scared, now, for 12 months.' I was in for 18 months after I extended, but it was supposed to be 12 months originally. I said, 'You're going to be scared. You're going to be a basket case. You're going to get out of here in a basket or you're going to leave here in one of them garbage bags—the plastic bags. Now, look man. You're here. You ain't leaving. Either you get it together, or you'll lose your mind. Your choice.' So in my first fire fight I came to grips with death, and after I did that, I was cool." 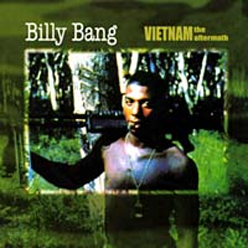 Very shortly after that experience, though, Carvin's luck changed for the better—almost incredibly so. "I came in to Saigon one day; we were going to an ammo dump to get some ammo. And I heard a band playing. An army band was giving a concert—a jazz quintet. I hadn't played in six months, but I asked the drummer, 'Can I sit in?' He said, 'Yeah,' and then, 'Man, you can play!' He asked me if I could read, and I said, 'Of course.' He said, 'Well, wait a minute.' So he went and got the warrant officer, and he said, 'Well, hey, man, this cat can play, and he can read. I'm getting ready to leave in three days; I'm going to rotate back into the states.' He said, 'Look, instead of getting another drummer from the States, this cat is already in Viet Nam. Why don't you just put some orders on him?' That's when I just saw a whole 'nother United States Army.

"In three days, I was in costume medals, and we were in Westmorland's private band, an 18-piece dance band." General William Westmorland was commander of U.S. military operations at the height of the Vietnam War. "That guy—the drummer who let me sit in—his name was George Suranovich, from Pittsburgh, Pennsylvania, and I will always mention George's name. I said, George, if there's anything I can do for you, man, when I get out of the Army, you come to see me California. And he came to California, but he didn't really ask for much. I hooked him up with some musicians out there."

Despite the shock of going from the stage at the Playboy Club in New York and landing at Fort Benning in a matter of days, Carvin actually adapted to the military relatively easily, starting in boot camp, thanks to his early musical experience growing up in Houston. "They made me an acting sergeant, what they call an 'acting jack,' because I knew how to count cadence and I knew how to march, because of my work in my school marching bands. That's when my drum skills kicked in again. I was back in my world, and I called the cadence, and I marched us to all our classes, and I brought us all back. I marched us to chow.

"John Phillip Sousa was the first composer who I got really into, because I was the drum captain in junior high school and senior high school. We marched ten deep, and we'd be ten across. To move a hundred people up and down a football field with the sound of my drums and my rhythm, to stop them on a dime and start them up, to stop everybody on their left foot or their right foot—that all gave me a sense of power that I had to really understand and get used to. I never wanted to play in a jazz band or night clubs as a kid. If it would have been left up to me, I'd rather still be in high school. Football in Texas when I was growing up was huge. Our high school football team played in Jefferson Stadium, where the Houston Oilers played when they first started and Rice University finally bought. And people would bet a lot of money on high school football games and also on high school marching bands. We would have competitions, and people would bet to see who had the best drum sections, who had the best march. Marching bands in the state of Texas and Louisiana and that whole area was very, very important during that time because it was one of the only entertainments that the African-American people really had. That was a big deal. What I learned was how powerful the drum is at a young age." 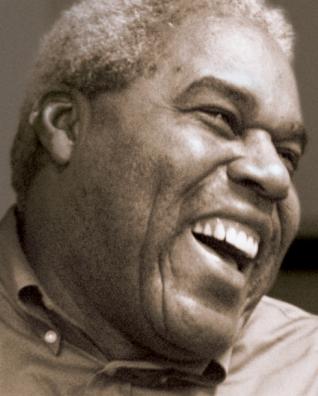 Considering Carvin's strong training in drum rudiments and the discipline he learned as drum captain and in the military, there's no wonder that he has a reputation as a strict disciplinarian in his teaching, as he puts it, "all the time." "If you want a friend," says the drummer, "I'm not him, because he will create a failure. You want somebody to hold your hand and change your diapers, go back home to your mama." 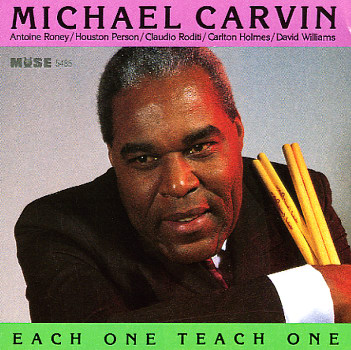 Carvin has used his individualized approach to teaching in order to prepare drummers for very specialized situations—including mentoring individuals to follow him into specific jobs. "I loved Jackie McLean so much that when the time came where I had to separate from him, I told him, 'Jackie, I will create another drummer, and I will send him to you.' And I sent him Eric McPherson. And with Martha Reeves and the Vandellas—when I left Martha, I told her, 'I'm going to create a drummer just for you.' I sent her Larry Crockett. For Abbey Lincoln—I loved Abbey to death for giving me a chance— 'I said, I'm going to create a drummer for you,' and that was Jaz Sawyer. That's all part of 'each one, teach one,' too. My goal is by the time I die to have enough young soldiers out here so the music doesn't drop —the level of drumming doesn't drop. Because if the level of drumming drops, then the music will just be nothing.

"A great drummer is one who works with great musicians and makes a lot of records. But who cares? In this country, we don't have masters. In other countries you have masters, like in the martial arts. You have Buddhist monks who are masters, philosophers who are master minds. What's a master drummer? A master drummer is one who teaches a young man how to be great, to push him all the way, to give him a dream and then make it come true. That's a master."

Carvin occasionally takes on students who play instruments other than drums. Saxophonist Tia Fuller is one example. What does he teach them? "Mostly, breathing and listening, breathing and listening. It's not about you; it's about the music. Have patience. [Pianist] Hampton Hawes used to tell me all the time. My first jazz gig was with Hamp in 1971. He would say, 'Michael, have patience.' All the guys would just fly straight on through, and he'd say, 'Guys, have patience.' I couldn't figure that out until after I passed 50. And then I'd say, 'That's what he was talking about.'"

With all of the mentoring he has done with musicians of nearly every instrument—including the mutual mentoring with other jazz greats—we could argue that Michael Carvin is more than a great drummer and more than a master drummer. He's a master musician.