By BOB KENSELAAR
July 30, 2012
Sign in to view read count
The trio setting of the Lost and Found Project 2065 has special significance for Carvin and, arguably, in the history of jazz drumming. Carvin actually got a kernel of inspiration for the album watching the New York Yankees, when an announcer described how one of the players had a chance to "hit for the cycle"—that is, to bat a single, double, triple, and home run all in the same game. Carvin reflected for a minute about his recording career. He'd taken the unusual step of recording a solo album, Drum Concerto at Dawn (Mapleshade, 1996). He'd made a duet recording with Jackie McLean, Antiquity (SteepleChase, 1974), a milestone in both of their careers where he contributed his own compositions and, essentially, was co-leader. And he'd recorded as a leader in a quartet setting, most recently the Marsalis Music album in 2006, not to mention cutting records as a leader in quintet and sextet settings. "I said, 'I've never made a trio record as a leader. I'd done solo, duet, quartet, and so on, but not a trio." And then he checked. Max Roach didn't record in this sort of combination; he never made a solo record. "Elvin Jones didn't do it; Buddy Rich didn't do it; Gene Krupa didn't do it. I'm the first drummer to have ever accomplished that"—that is, "hitting for the cycle," as a jazz drummer.

Over the course of his jazz career, Carvin has collaborated with a host of other musicians, working as a sideman under pianist Hampton Hawes and later trumpeter Freddie Hubbard during the early 1970s and recording his first album as a leader in 1975, The Camel (SteepleChase). Since then, he's shared the stage or recorded with great musicians that span a wide variety of styles, from Dexter Gordon to McCoy Tyner and Cecil Taylor. For Carvin, there are three collaborators that stand out above all.

"I had three perfect musical marriages: Jackie McLean, Pharaoh Sanders, and Dizzy Gillespie. When I first heard Jackie, I fell in love with his sound, because it's razor edge. His sound is cutting. And I have a wide sound. Jackie hipped me to be yourself, whoever you are. He introduced 'me' to 'me.' He never told me what to do or what not to do. He'd say, 'You're the drummer. You figure it out.' And I loved that about him. I was a good reader; I could read just about anything, but I didn't know 'me.' Jackie released me to find myself." 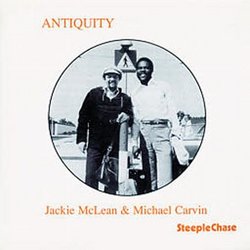 Carvin recalls that he and the saxophonist actually inspired each other toward self discovery. He remembers vividly the conversation that led up to the landmark duet recording with McLean, Antiquity. "We were on a plane on our way to Copenhagen. We were going to teach at a music school for two weeks first, and then Jackie was going to make a record." Nils Winther, one of the founders of SteepleChase records, and Alex Riel, a Danish drummer, had set up the recording session, but McLean wasn't happy with the personnel they had lined up. "Jackie was saying, 'Oh, man, I don't know. I don't really want to play with those guys.' You know Jackie; he was a sweetheart. I said, 'Well, don't play with them. You're Jackie McLean. You don't want to play with them, don't play with them.' So, he said, 'What do you mean, don't play with them? Who am I going to make the record with?' I said, 'Let's you and I make the record. Just the two of us.' He said, 'You're crazy.' He got mad at me. He didn't speak to me any more on the plane. The next morning, he came to my room at six o'clock, banging on the door. I opened the door, and he said, 'I wrote this song for you last night, this is the first song for the duet record.' That was a great record, because after that record, Jackie heard his voice. Before Antiquity, Jackie was still chasing Charlie Parker. After Antiquity, Jackie McLean was Jackie McLean." 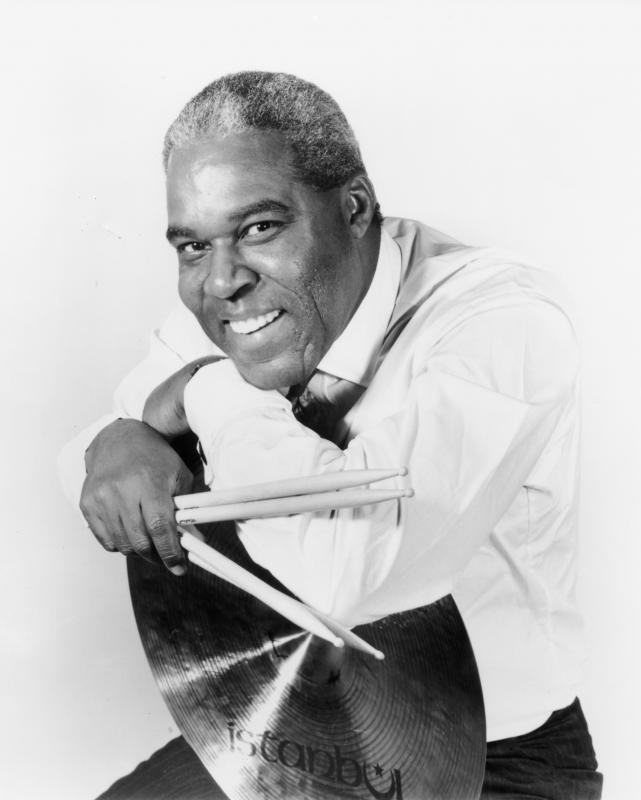 Carvin was drawn to Pharaoh Sanders by the saxophonist's connection to John Coltrane. "I always admired Trane, but Trane died before I got out of Vietnam. I wanted to touch everybody that worked with Trane; that's why I worked with McCoy and Alice Coltrane and Pharaoh and Cecil Taylor. I wanted to try to get as close to Trane as I could and try to figure out, what did he have? What was it?" Carvin's work with Sanders included Elevation (Impulse!, 1974), and as a result of their collaboration, the drummer made another important discovery beyond the self-knowledge that he got from McLean. "Pharaoh introduced me into the spiritual way of playing the drums. He showed me something else that music can do as a healing force."

The drummer was in search of other kinds of personal and musical development when he joined Dizzy Gillespie in the late 1970s. "Dizzy Gillespie was an innovator, man. I wanted to work with an innovator, to be in the presence of an innovator, to watch how an innovator goes about his business. How does he craft what he's doing? After a while, I noticed when I watched Dizzy play, before he'd execute a phrase he was going to use when he was improvising, he'd finger it on his horn. Then he'd play it, and later, he'd finger that same phrase—the whole phrase—but he would only play a part of it, the part he wanted you to hear. He was fingering the whole phrase to keep his cadence and his time. I was like, 'Wow!' So, I do something like that in my drum solos. I'll hear rhythms and visualize playing them, but I won't play the whole phrase."

"I also had something to give to Dizzy, but I couldn't release it until I had been with him for at least six months or a year, get to know him. He started opening up to me, telling me about working with Chano Pozo"—the great Cuban percussionist who was one of the founders of Latin jazz. "We were working at a club in Munich, German in 1979. He came to my room at about 4 o'clock in the morning, because Dizzy never slept. We were talking about the 6/8 clave, and that whole Cuban thing. And I said, 'John, can I tell you something?' I didn't call him Dizzy, I called him John. He said, 'Yeah.' I said, 'I don't know how to tell you this, but you've never played "A Night in Tunisia." You play "A Night in Cuba," with a 6/8 clave. That rhythm is not played in Tunisia. Tunisia is in Africa.' I sang out the rhythm they play in Tunisia for him. So then, I arranged that song for Dizzy Gillespie, and that was the way he played until he died. And that's the same arrangement on my Marsalis Music CD. Every time I play 'Night in Tunisia,' I play that arrangement. You see the guy on the camel's back in Tunisia moving through whatever he's seeing. Since I don't play congas, I play the rhythm on the high hat, eighth note triplets."

Another important early association for Carvin was with Freddie Hubbard. "It was Freddie, Junior Cook, George Cables, Kent Brinkley, and me. When we opened up at the Village Vanguard, Miles Davis came to see us there on opening night, and every night that week. After that, we left for Europe for about six weeks. There's a new DVD that just came out from that tour"— Freddie Hubbard, Live in France 1973 (Mosaic, 2012). 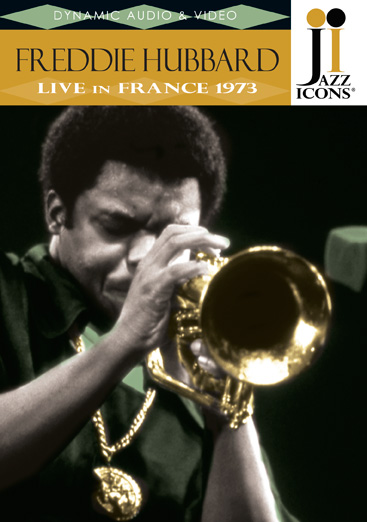 Carvin has had many other notable collaborations over the years. One that stands out in particular for him in the last decade was with violinist Billy Bang, who had something special in common with the drummer. "Billy Bang was putting a band together—beautiful concept. He wanted to get some Vietnam veterans together, and he was writing beautiful music. The music is unbelievable. We made two albums, on Justin Time Records out of Montreal [Canada]. Get both of them." Bang was working with saxophonist Hamiet Bluiett when he was putting the Vietnam project together, and Bluiett recommended Carvin. "I had done several records with Bluiett, but I didn't know Bang, because he moved in a different circle. You know how New York is."

Before hearing the music, Carvin was hesitant about working on a project with a Vietnam theme. "I don't make a point to be around Vietnam veterans. I don't do Memorial Day. I don't go to the wall. I don't deal with any of that. So, I didn't know how I was going to react to some other cats after all this time. So, my beautiful bride Rhonda Hamilton said, 'Well, if you don't want to do it, don't do it, but at least go and meet him and check it out.' And I dug Bang. He wrote some gorgeous music, man. He had a beautiful ballad called 'Moments for the Kiamia.' K-I-A-M-I-A. That's 'killed in action, missing in action.'" 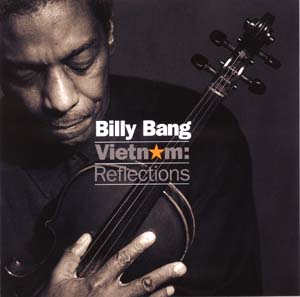 Among the personnel joining Bangs and Carvin were pianist John Hicks and saxophonist Sonny Fortune. Carvin was particularly happy that the musicians represented a variety of stylistic camps in the jazz world. "We've got to stop that, where people say I can't play with him because he's 'out' or he's mainstream. It's music, man. It's humans playing music." In addition to the recordings, the group toured together. "We worked the Jazz Standard—that was the only place in New York, aside from a concert in Brooklyn. We did the Monterey Jazz Festival, and we worked mostly in Canada, because the record company is in Canada. We did Montreal, Toronto, Vancouver and all of that. The experience was unbelievable, man, and everywhere we played we got a standing ovation. And, plus, a lot of veterans came. It was just so interesting."

Carvin's 18-month tour of duty in Vietnam and the circumstances leading up to it make for a fascinating story. At 18 years old, he decided to strike out on his own and move from his parents' home in Houston to Los Angeles. He was already a highly accomplished drummer, having studied from the time he was six years old, taught by his father, Henry Carvin, Sr., who worked with Louis Armstrong, among others. Carvin wasn't settled in California for long before he was out on the road, a touring musician. Registering for the draft couldn't have been further from his mind.