By HRAYR ATTARIAN
November 15, 2015
Sign in to view read count 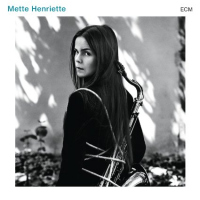 Norwegian saxophonist Mette Henriette's (full name Mette Henriette Martedatter Rølvåg) eponymous debut on ECM is a bold artistic statement. A mosaic of shimmering tonal hues, provocative ideas and sublime moods the music is spread out over two CDs. On each one Henriette is in the company of a different ensemble but the thematic unity is maintained throughout.

On the mesmerizing "oOo" Henriette makes her saxophone softly sing as Lindvall's keys chime and ring. Schiøtt imbues the fairy tale ambience with melancholic hints. At times Henriette engages in bluesy improvisations as on the dramatic "I Do." Her rousing, deep indigo solo emerges from a backdrop of Schiøtt's serene reverberating strings and Lindvall's tranquil refrains.

On the second disc her band is larger and the pieces more intricate than on the first yet the motifs are similar. Bandoneon player Andreas Rokseth and members of the string section set the expectant mood of the cinematic "I." Henriette's eloquent performance unfurls with elegance and passion as the tempo accelerates. Bassist Per Zanussi and drummer Per Oddvar Johansen add an intriguing and jazzy rumble. A delightfully riotous group play, with trumpeter Eivind Lønning and trombonist Henrik Nørstebø joining Henriette with energetic wails and honks, concludes the tune.

There are also stimulating flirtations with dissonance that makes the album even more compelling. "?" is a haunting and expressionistic exploration of sound. The horns let loose a flood of notes with wistful fury. The brief, crisp "Unfold" is a stormy and impressive three-way conversation as Henriette, Lønning, and Nørstebø exchange fiery and lean spontaneous phrases.

This captivating and thoughtful record marks an auspicious start for Henriette's career as a leader and composer. It is evident that Henriette, still in her 20s, has developed a unique creative approach and a singular musical voice. Hopefully, this is only the first installment of a future exciting and splendid oeuvre.