By IAN PATTERSON
November 17, 2013
Sign in to view read count 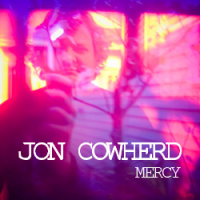 Pianist/keyboard player Jon Cowherd is best known for his association with drummer Brian Blade's Fellowship—a group he co-founded in 1998—but as a producer and arranger too, there are clearly other strings to his bow. Cowherd's keyboard collaborations with jazz, country and rock artists including singers Cassandra Wilson, Rosanne Cash and Iggy Pop, point to his versatility, so it's maybe something of a surprise that his debut as leader, firmly rooted in the jazz idiom, is so stylistically homogenous. Heavyweights Blade, bassist John Patitucci and guitarist Bill Frisell gel beautifully to illuminate the subtle strands of the leader's compelling originals.

The up-tempo opener "The Columns" sets out the quartet's stall; Cowherd and Frisell, inseparable on the defining melody, solo in turn, with Patitucci and Blade stoking the quartet's engine. Whilst the compositions rarely stray from this orthodox pattern the music is never less than absorbing, hardly surprising with musicians of this caliber. Frisell has rarely enjoyed such a prominent role as a sideman, soloing on nearly every number; yet it says much for Cowherd's writing and playing that he succeeds in stamping his own personality on these tunes.

The 16-minute, three-part "Mercy Suite" is a delightful exercise in group interplay. A pretty melody and grooving bass ostinato at the outset of Part 1 gives way to an extended solo from Cowherd, underpinned by Blade's flowing dynamics. The drummer switches to brushes on Part 2, which is broadly defined by its hushed lyricism. The atmospheric Part 3 revolves around another gorgeous unison melody, with the quartet sustaining a gently smoldering intensity throughout.

An altogether bolder vibe colors "Postlude"; with minimal fuss Blade and Patitucci propel Cowherd and Frisell—who employs a meatier electric tone—to some of their most vibrant playing of the set. Patitucci makes the most of his own brief turn before the music peters out, dissipating in typical Frisellian mode. The sparser architecture of the graceful "Baltica" foregrounds Blade's fluid invention and the drummer features even more prominently on the undulating "Newsong"; Cowherd's lively intervention is followed by a brooding Frisell, who subtly lets the wind out of the sails in a drawn out, loop-colored ending.

"Seconds" sees Cowherd's mellotron merge with Frisell's loops in an oddly abstract interlude before the gently meandering "Lowertown" restores the quartet's equilibrium. Cowherd and then Frisell each take solos whose lyricism is matched by their economy. "Blessings" shares the airy melodicism of a Burt Bacharach tune and allows Patitucci to stretch out a little more; Cowherd dances lightly in the upper registers with Frisell adopting a more subdued supporting role. Piano tinkles and sparkles like a little stream on the meditative "Four Rivers," bookended by Frisell's loops.

There's a simple beauty in these finely balanced compositions that rewards repeated listening. Only when egos are suspended in the interests of the music does it sound this good. Cowherd's fine debut is clearly built on the foundations of many years honing his craft. Hopefully it's just the first of many more to come.