By ZENO DE ROSSI
November 22, 2013
Sign in to view read count
Motian developed these ideas to an incredible extent throughout his numerous recordings, often in contexts free of meter (if not always free of harmony). I like the way Monk in Motian and Trioism (releases from the late 80s and early 90s, respectively) demonstrate this. When I started coming to NYC in the mid 2000s I heard his trio with Frisell and Lovano at the Vanguard as often as possible. Lately I've often been listening to a Paul Motian set issued by ECM this year. It was nice, however, to go back and check out the Paul Motian I first got into. 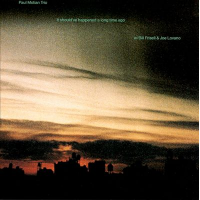 My earliest memory of listening to "It Should've Happened a Long Time Ago" is when I was briefly living in Nürnberg, Germany (though I had probably heard them play live it at Nightstage in Boston before) in 1989. I was in Europe for the first time. The Wall had just come down. I was working on music and life, trying to find my way and the Paul Motian Trio was my guide. The way that Paul, Bill [Frisell] and Joe [Lovano] made music opened a whole universe of musical emotional possibilities to me that I am forever grateful for. Paul was such an important and deep musical inspiration to me and my generation. His beautiful compositions, amazing feel, incredibly intuitive bands, his way of being old and new and still just being a bandleader drummer playing tunes will always be cherished. R.I.P. 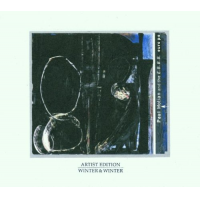 This tune is a little more than two minutes of "pure groove." No solos. The theme is exposed several times. The instruments add gradually to the orchestration. Paul managed the sextet with great intelligence, using all the possible timbral combinations. A brief drum solo closes the take. As all the great artists, Motian had several weapons of choice. He is often remembered for his genious approach to free forms and to playing "out of time" (he is an unequalled master of that) but the great quality of his timing, connected (and not inferior) to that of the great masters, is often forgotten! 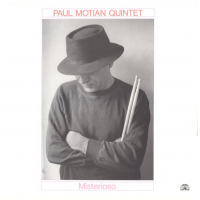 ADVERTISEMENT
I love the melody of the time on this recording. Paul Motian had a special relationship with Thelonious Monk's shapes and sounds. The "two feel" he and Ed Schuller offer the music is so deep. Mr. Motian's buoyant ride cymbal sound aligns, collides, weaves and dances with the music. You feel every aspect of every beat and sound. How did he do it? He was the Picasso of the ride cymbal. Thank You Paul Motian! 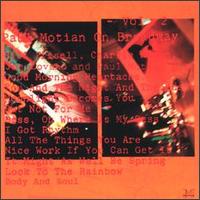 Bill Frisell has said "Paul Motian Is Music," to which nothing can be added.

Zeno, just before I got your email I came home to my apartment to find a bag of cassette tapes wrapped in an old plastic bag at my doorstep. I knew it was from Sam, my neighbor on the first floor... he often does this as he knows I'm a big jazz fan. He gets the tapes from Dave Binney's garbage, who also lives on the first floor. Anyway, this bag of cassettes had one of my all time favorite records of Paul's (and of all time!): Misterioso. Ahhh!!!! It was so so good to hear it! It has been some years since I last heard that record, but I knew it so well it was like seeing an old love ... Very emotional! So many memories... I love this record (and it's made in Italy!).

Killer band: [Bill] Frisell, [Joe] Lovano, [Jim] Pepper, [Ed] Schuller. It has some classic Paul drum solos and many incredibly beautiful Paul tunes, one of which has always been in my brain: "Folk Song for Rosie." It's the one with those superspecial bells... something about those bells! Only Paul can pull it off... he always does the right thing, in the right place, at the right time. But it's never what you would expect. I don't know how to describe it... it's misterioso... it's sublime!

There is nothing else like Paul! One of a kind. We did lose a great spirit. Viva Paul!!!