By NENAD GEORGIEVSKI
June 18, 2012
Sign in to view read count 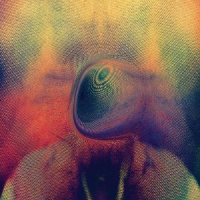 Young Magic is an ensemble with a global reach of reference. Its music wanders the territorial edges of music, scoping out where boundaries had been erected and looking beyond them. This open-form aesthetic has resulted in multifaceted type of music that is concurrently exploratory and involving.

This trio was founded by Australian producer/singer Isaac Emmanuel, who when disbanded his band to date, Flamingo Crash, and went to travel across the world, simultaneously recording sounds and music on instruments he found along the way. He kept a correspondence with another Australian producer who was also travelling across Europe and South America with a portable recording gear, Michael Italia, and they both met in New York to juxtapose their experiences. They also enlisted another traveler, Indonesian singer and guitarist Melati Malay, to help them create the sonic mélange of Melt .

Young Magic is a drifting pilgrimage across villages, cities, valleys and oceans of sounds. Melt is the result of those experiences—a one-year journey across the globe, from Mexico City, Tepoztlan and Berlin to Rio de Janeiro, Buenos Aires and various other places. These recordings were collaged in many instances, creating different sound environments. A work of extraordinary compositional craftsmanship, Young Magic utilizes audio collage, juxtaposition and cut-up techniques to build these 11 masterpieces. Musically speaking, Melt is a constantly shifting sonic tapestry weaved together from layer upon layer of ambient keyboards, and a flickering interplay of sounds that echo and overlap to tribal West African drums and found sounds into a sonic collage that defies any categorization. The band is most effective when it spins its source material into disorienting whirlpools of voice, noise and music—when it pushes the instruments beyond their normal sonic capabilities and when it combines clips without geographical restraint.

The end result is some kind of cross between imaginary travelogue and meditation tool that evokes what composer/trumpeter/visionary Jon Hassell has coined as "fourth world" music or "a unified primitive/futuristic sound combining features of world ethnic styles with advanced electronic techniques." It really evokes the imaginary worlds and experiences found in books of writers such as Amos Tutuola or Carlos Castaneda. Credit must be given to the beautiful cover painting by visual wizard Leif Podhajsky that serves as an appropriate visual analogy for the music. While the album's impact may be limited on a song-by-song basis, it has a powerful cumulative effect. In the end, there's a total sense of calm, renewal, and the journey's completion.

Sparkly; Slip Time; You With Air; Yalam; Jam Karet; Night in the Ocean; Sanctuary; Drawing Down The Moon.