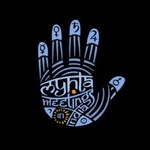 Mynta was founded in 1979 by Swedish bass guitarist Christian Paulin as a jazz fusion band. Nowadays, the band bills itself as "Nordic ice and Indian spice" and claims to play Indo-jazz fusion. It's difficult to discern any jazz though, as this seems rather a bizarre mix of mainly folk influences from all manner of musical traditions.

Guitarist Max Ahman is Swedish, but claims to have been greatly influenced by Irish music, giving vent to it on "Desert Jig." The album also boasts a Vietnamese Reggae (that's what it says), a samba and, last but not least, a tarantelle, "originally a Middle Ages dance that supposedly resulted from the bite of a poisonous spider." The words are those of its composer, reed player Dallas Smith, who hails from Reno, Nevada.

Mynta undoubtedly mean well. "The Dance Of Life," also composed by Smith, is "intended to take the listener from a peaceful dawn into the rising of the sun, and into a glorious day filled with joy and peace." These words—the composer's own—lend new meaning to that old aphorism about the road to hell being paved with good intentions.

Then there is the Cuban influence of fiddler Santiago Jimenez. Percussionist Sebastian Printz-Werner beats on a bewildering variety of instruments, including the African djembe, the Arabian darbouka and the South American cajon. The whole is underpinned by the frenetic rattling of Qureshi's tabla—when he is not, that is, performing with his mouth.

The heavy percussive emphasis tends to swamp all the diverse influences that make up the curious item that is Mynta, which is probably all for the better. Unfortunately, what is left is a polyrhythmic cacophony.