I was crazy! I always respect a pianist who has a beautiful touch like the late Bill Evans or, more recently, Bill Charlap. 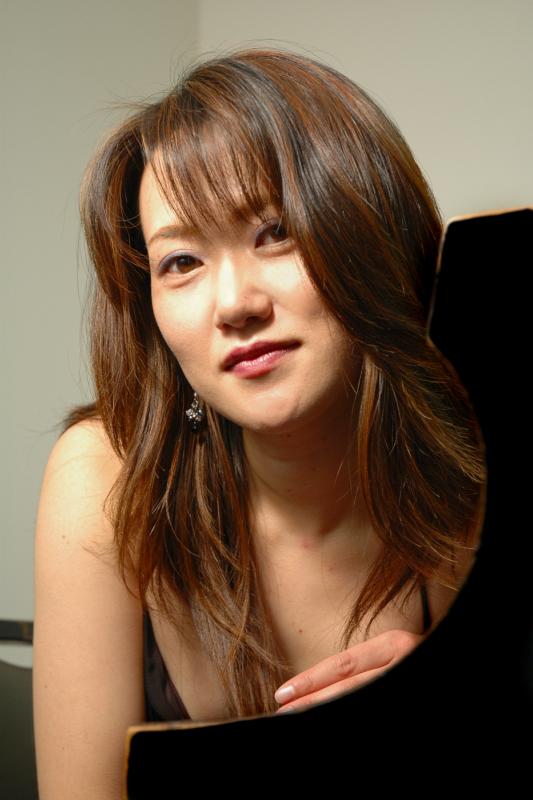 All About Jazz: For your American audience, please introduce yourself.

Yoko Miwa: My name is Yoko Miwa. I am a jazz pianist born in Kobe, Japan, now living in Boston. I started taking piano lessons at the age of 4. My family was always very supportive of my interest in music. Maybe they were impressed because I could hear music and play it back on the piano, whatever it was—pop music on the radio, cartoon themes from TV, for example. Later my teacher explained that I had perfect pitch. My lessons were strictly classical music and technique. All the music was written, so I became a good reader, but I was still good with just playing by ear.

I ended up attending a classical music college in Japan, although I was feeling limited by the tough composition requirements. You can interpret the music, but you still must play what is written. I thought there must be something else for me. While still in college I had my first taste of jazz studying on the side with Minoru Ozone, the father of jazz pianist Makoto Ozone. Makoto influenced me to go to Berklee when I was offered a scholarship after auditioning at one of Berklee's international tours at their sister school in Koyo, Japan. I felt it must be the right thing to do.

Since moving to America, I have had the pleasure to play with many great musicians such as Slide Hampton, Arturo Sandoval, George Garzone, Jon Faddis, Jerry Bergonzi, and Kevin Mahogany. In May 2001 I was honored as a featured performer in Washington, D.C. at the Kennedy Center's Mary Lou Williams Women in Jazz Festival. During this time I released two CDs on major labels in Japan. My first disc was In the Mist of Time, for the Tokuma label. Fadeless Flower is my most current release, found on the Polystar Label.

AAJ: Do you view yourself as part of a tradition of Japanese female pianists?

YM: I didn't grow up listening to any Japanese female pianist. Although now I do have a lot of respect for Toshiko Akiyoshi. I just consider myself as a musician whose more a product of the jazz tradition.

AAJ: Why did you settle in the Boston area instead of New York City?

YM: As I mentioned, when I came to Boston my goal was to attend the Berklee College of Music in 1997. I began playing around town while I was still a student. Most of the musicians I knew from school did move to New York City. Still, everybody keeps coming back to Boston to play. There is a definite Boston/New York connection among jazz musicians. I just didn't choose that path myself and now, after all these years of being in Boston, I have built my career here.

I never actually considered living in New York City, although I love Manhattan, and I love to go to the city and hear live music any chance I can. Hanging out in Greenwich Village is always great. I am happy where I am in Boston, but I can see the attraction of having all that New York City offers at your fingertips. It is such an inspiring place!

YM: I assure you Billy Strayhorn may have had some influence on my writing, but not on my titles. Fadeless Flower was inspired by some flowers that I had in a vase which stayed vibrantly beautiful for an unnaturally long time. When I write a song, I usually have some image. The hard part is finding the words to properly express that image, especially when English is my second language!

AAJ: What dynamics go into working with a vocalist? You have a hit with Kevin Mahogany.

YM: Kevin is great! I learned a lot from him. I already knew about him while I was still in Japan. Who would have guessed that I would play with him in the future? He has a wide range of repertoire. His gospel and Kansas City blues are every bit as strong as his delivery of the jazz standards.

Kevin Mahogany has got great energy on the stage and always includes the audience. His great sense of humor all are signs of his being a true performer. He made me learn songs by ear and he also made me play in difficult keys. Kevin never decides a song list ahead of time, he just calls songs as he goes. You have to be ready since you never know exactly what will happen when you play with him. I think he is one of the few living great male jazz singers.

AAJ: Swing Journal's Masahiko Yuh has commented on your "clarity of tone." How do you achieve resonance in your playing?

YM: I don't know. I guess a pianist s touch is a big part of your identity. I am a classically trained pianist and I definitely practiced my touch a lot. Even at a young age I would practice scales very slowly over and over, just focusing on the touch and sound. My family thought I was crazy! I always respect a pianist who has a beautiful touch like the late Bill Evans or, more recently, Bill Charlap. Clarity of tone is certainly something I strive for, so I welcome that observation.

AAJ: In your writing there is a very prominent role for the bass as a lead melodic instrument. Am I correct in saying this?

YM: You could say that. There are a lot of lines in my music and I like combining through composed elements with improvisation. I may have a very specific idea for the bass, or something which has more freedom but is still linear. The role of the bassist is changing; the bass is no longer just a timekeeper, so it just makes sense to me to think of a new ways to include the bass in my music.

Although it is my piano trio, I don't want to be too piano heavy or only about the piano. I like to explore the possibilities of all the instruments. Sometimes I approach my writing strictly by harmony, or other times I will use just lines or melodies. Usually one comes first and dictates or suggests what the other should be. I have the opportunity to work with my trio often, thus they know my music well. They know when to take liberty and when to take care of business.

Using the bass as a melody instrument in a piano setting is something I am drawn to. I wrote my composition "Flood of Tears" in which the bass plays the melody—I mean it is a melody that would sound nice on piano, but to me it is meant for the bass.

I just always heard it that way.