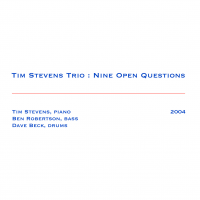 Must be; Three's a quorum; Stops on the road to smooth; Esj'; Commuted; The little man in his nightshirt; The unmistaken; Recessional; Encore : chaser