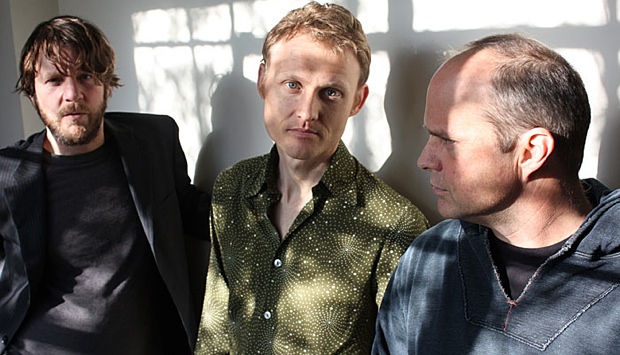 By THOMAS CARROLL
September 18, 2012
Sign in to view read count
Progressive keyboard trio Medeski, Martin & Wood has helped redefine the boarder where musical genres meet since the group's inception over 20 years ago. MMW has experimented with everything from song structure to acoustic-electric instrumental blends, all while appealing to both jazz-specific and mainstream audiences. Free Magic (Indirecto, 2012) is a fine example of MMW's exploratory spirit.

Free Magic is five tracks of extended play taken from performances in 2007, when the band was on its first ever all-acoustic tour. The album starts with the earthy sounds of percussionist Billy Martin's balafon and ends with a laidback medley of Charles Mingus' "Nostalgia in Times Square" and Sun Ra's "Angel Race." An invigorating array of spacious grooves, sultry blues, and furious free time rumbling coalesces between these contrasting points of entrance and departure.

The album is powerful in a much more subtle and organic way than MMW's shape-shifting electric work. Keyboardist John Medeski says that while he and his band mates enjoy both ways of making music, acoustic performances are always a welcome change. The band will be embarking on its second ever all-acoustic tour starting in October, 2012.

All About Jazz: What prompted you, back in 2007, to do the all-acoustic tour?

John Medeski: Well, we've done it before. We started as an acoustic piano trio. That was our beginning and slowly, through the music and nature of touring, we expanded my arsenal of keyboards and sounds. Around 2000, we were going through a period where we were playing a lot of really big venues and opening up for really big groups and playing festivals. We were burnt out on that sort of setup. Not getting to play very long and playing so loud and that sort of thing, so what we ended up doing for our own sanity was playing a week run at a [New York] club called Tonic. We played literally acoustic, we didn't even mic the piano; we just had acoustic piano, bass and drums to get back to our roots. There's a certain amount of intimacy you can only get in a place like that. We recorded it for archival purposes, but liked it and decided to release it. So I think every so often we like to do that and, in 2007, we did it again—with no intention of making a record, but we decided to release some of that, too. It's fun for us to do these acoustic tours, just to change it up.

AAJ: For you personally, what can the acoustic set offer that you can't get in the more electric setting with the organs and mellotron?

JM: Right off the bat it's softer, so it requires a different kind of listening for both us and the audience, so it takes you into a completely different space. It tends to be less focused on the groove that so many people associate with us. That's just one aspect of us and we love it, but we want to play lots of different kinds of music. For me, the piano is my first instrument. It, in itself, is an entire universe of sound, an incredible instrument, so it's fun to get to explore that. When I'm surrounded by all these other keyboards it's harder to show off the nuances of that instrument than in entire night of music when you only have a piano. Once we're in the piano universe, we can really go out into different places and explore different colors, sounds and textures and it has a different impact than when you just play a little bit of piano in the middle of a gig. 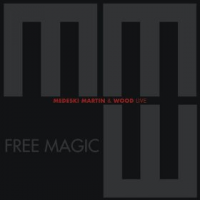 AAJ: How does your approach change when you're playing piano, as opposed to some sort of electric keyboard?

JM: The approach is the same, but the technique is different. The piano is more demanding and all the sound is controlled by your hands instead of the knobs and pedals. No matter what I'm playing though, for me the approach is always to explore all the different ways you can create sounds and colors with the instruments.

AAJ: Speaking of approaches, now that you guys have been playing together for over 20 years and are so in tune to each other, how do you go about writing music when you get together? Do you bring in musical sketches or is it just improv?

JM: We have explored every way we can think of to create music together. Sometimes one of us will bring in a sketch to a song and we'll play it, or sometimes someone will come in with a specific completed idea. Other times we'll get together and improvise. We'll record that, listen to it and go back to work on the stuff we liked. That's just some of it, though. Sometimes we'll take a cover song and find our own way to do it—or maybe we'll take a track and record something inspired by and based on it. There's definitely no one way though; we do anything we can think of.

AAJ: It's interesting that you guys used to go to a shack in Hawaii to jam with whatever limited equipment you had available. Have you found imposing restrictions on yourself to be important when writing music?

JM: Always. Limitations are a great resource for creativity because by having these limits you need to figure out ways to express yourself. We actually had some good equipment in Hawaii, but having limitations forces you to find music from where it comes, which is from within. You can play on anything that makes sound and make some music, whether it's a digital synthesizer or a tin can; that's really important, I think.

AAJ: What are some memorable moments for you of getting together and playing spontaneously? 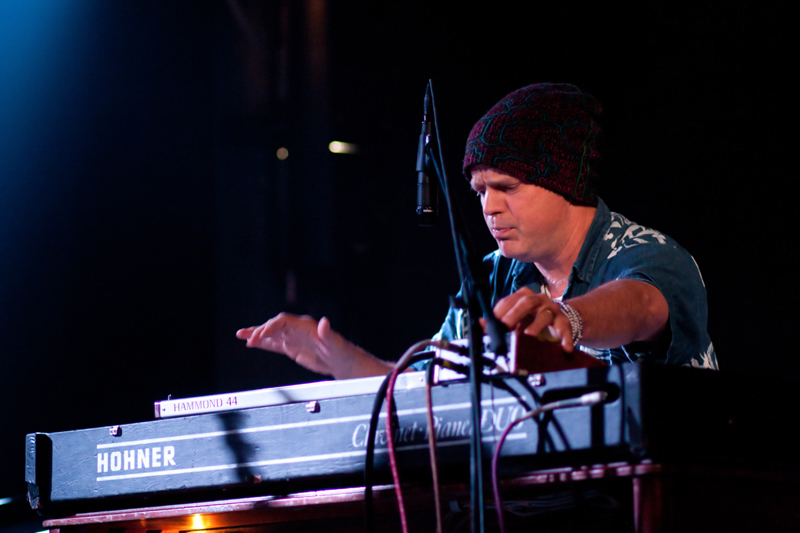 JM: Every time we get together. We're always pushing ourselves and trying to do spontaneous things. We don't really get to get together recreationally anymore but I really appreciate the times we can play. It's really easy getting into the groove; we have our own musical language at this point. It's kind of like slipping into a comfortable pair of shoes or a nice pair of jeans that has been worn in and fits perfectly. We're fortunate we have people who want to come see us play [laughs]. We used to just hang out and play, but now we're hanging out and doing it for an audience.

AAJ: Anything else you want to say about the upcoming tour?

JM: We're excited. For us, these acoustic tours are just a treat. It's refreshing to be in that situation because it forces people to listen harder and when the people are actually listening and not off in their own party world there's a different kind of journey we can go on musically.