May It Last: A Portrait Of The Avett Brothers 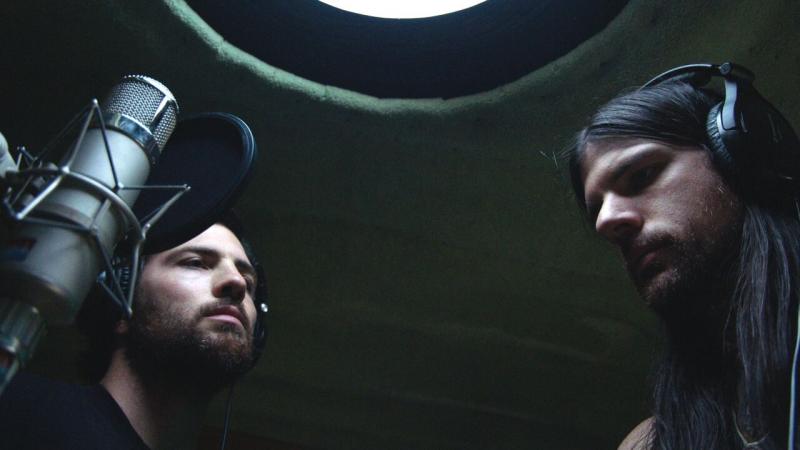 By CHRISTINE CONNALLON
October 14, 2017
Sign in to view read count

MAY IT LAST
Oscilloscope Laboratories
2017

The opening scene depicts Scott and Seth Avett walking through the maze of hallways located in the bowels of Madison Square Garden in New York City prior to the band's inaugural performance at the venue in April of 2016. When a security guard asks for their credentials to proceed, they display Southern manners and show their passes quickly. "Awesome sauce," the security woman waves them through and the two share a smile and appreciatively repeat the phrase just out of her earshot. Simple interactions like this are exactly the reason Judd Apatow and Michael Bonfiglio's thoughtful documentary works so well.

Easy to like but difficult to fold into one genre, The Avett Brothers have risen to number one on the Billboard charts for Americana/ Folk, Rock, Alternative and Album Sales. They're popular and difficult to pin down, stylistically.

From their rural hometown in North Carolina where the brothers still reside near family and one other, to a comfortable studio in Malibu, the film focuses on the two year process of the making of their album True Sadness (RRE, LLC / Republic, 2016). Founded in 2001, The Avett Brothers are an anomaly among bands that feature siblings and oftentimes, animosity.

"I think the Avetts are the rare example of a family-based band where there's love and understanding and appreciation for what the other brings," pointed out legendary record producer Rick Rubin who has been working with the band since 2008.

With four years separating them and an enviable closeness that is tangible when the brothers part after a recording session with words of praise for each other and a comfortable "Goodnight, I love you" tossed over shoulders as they get in their vehicles, it is hard to imagine a time when they weren't close. Seth recounts that the age difference was an enormous divide when they were younger, but when he became a teenager, things changed. Family and friends describe the younger sibling, Seth as the "sweetest person" and Scott as a "carnival coming at you with all the rides." Their opposite natures actually work to compliment the other.

"Because they're so different, they fit together perfectly," said Bob Crawford, who would know this well, in his role as one of the earliest members of the band. Seth explains he is able to defer to Scott because of his status as the older brother and someone he's looked up to in that role his whole life.

One thing Scott and Seth agreed upon from an early time was their rejection of identifying with the area where they grew up. They shunned the most familiar things, from country music to the bucolic setting they were used to in favor of Kurt Cobain and Duran Duran, trying to ultimately distance themselves culturally and musically from home. This was evident in their band Nemo, a harder, louder musical experiment that provided to be physically draining. They found their way back to their roots when Seth met Doc Watson and spent time with the iconic musician, recognizing that strength and power that didn't come from boosting the volume.

A lovely scene takes place outside. The siblings chop wood for winter with their father, while lobbing around jokes good-naturedly. As comfortable in his own skin at a microphone in front of an arena as he is arranging pieces of firewood so they will dry properly, Scott insightfully talks about his dreams of being discovered by a talent scout as a boy and being whisked off to a cool movie town like Hollywood or New York.

"And here's a director from New York in the woods, filming me where I used to dream of being filmed," he says, the reality humbling him.

Life happens. Success doesn't provide protection from the pitfalls of everyday life and the members of the band ride the rollercoaster of being a parent, dealing with a divorce, the uncertainty of illness, the joy of marriage and the reality life on the road.

"One thing that we've become professionals at is reading our diary on stage," explains Seth. "Singing about being alienated from myself, worries, just desolation and pain. Singing that onstage seems completely reasonable to me."

One particularly poignant scene is the recording of the track "No Hard Feelings." Silence hangs heavy after the last notes are sung and both Seth and Scott are physically depleted. As Rubin and others in the room shower them with praise, the brothers request a few minutes to shift gears before going on to the next track.

Scott incredulously murmurs, "Weird to be congratulated on mining the soul" and Seth agrees as they make their way outside, seemingly needing the wide open space. When asked in particular why that song struck them that way, Scott talks about being deeply conflicted about song being deemed great when it comes out of sacrifice and living through demanding things. This insight and the conversation that follows provides perspective that many fans wouldn't have necessarily considered.

From the quiet moments to compelling performance footage and childhood archives, MAY IT LAST provides an incredible glimpse into the creative process as well as the family dynamic of a likeable band in the spotlight. For more details on the film check out http://www.avettbrothersfilm.com and look for HBO to air it in early 2018.