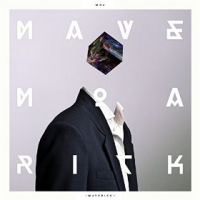 Max Wild wears many musical hats: A jazz musician who plays alto saxophone, an instructor at one of New York City's hottest music production schools (Dubspot), and producer of his own original dance and other electronic music. Wild began to play the saxophone in his native Zimbabwe and earned his Master in Jazz degree from the Manhattan School of Music, where he also began to discover that his unique instrumental jazz, African and electronic perspectives might make him a difficult musical fish to catch. "Learning to embrace this feeling also gave me the freedom and courage to do things my way," he reflects. "I realized that my music didn't conform to a specific style or genre because I was coming to music from my own place."

"Transferring the powerful rhythmic drive from African music to an electronic dance context seemed like a logical move, and incorporating some of the melodic and harmonic movement from jazz also made a lot of sense to me," Wild suggests. "To me, that is Maverick."

Wild energetically swings his alto sax but (more than) sometimes buries it in Maverick's chattering electronic production, as happens in "My Name is MOA" and "Prelude," two duets with guitarist Jesse Lewis that seem overstuffed with electronics and beats. To much better effect, his solo piece "Take Me Higher" explores Wild's "love for dubstep and finding ways to incorporate my sax with it": Its beautiful melody sounds like someone's ache for their homeland but it lurches and stomps through several passages of sputtering, sizzling electronic funk, too. "Higher" culminates "In My Funk" where, joined by Jahaan Sweet on keyboards, Wild combines beat and hook to ignite a flickering, fluttering melody that's both itchy and scratchy, and sings out on alto with profound depth and soul. Lewis' guitar solo does, too.

The closing "Barbarian" is the only track that credits a complete band, an up-tempo melody upswept by African rhythms and percussion that make it sound full and bright. Wild's alto is produced to sound like a keyboard (because the keyboards are produced to kind of sound like horns), but you can tell when he's playing also from his soaring lines—he loves to cut his horn loose and fly!

Even though the musical "global village" seems to keep expanding while growing smaller, one suspects that Maverick remains one of the few releases if not the ONLY release to split its recording locations between Union City (New Jersey) and Zimbabwe.