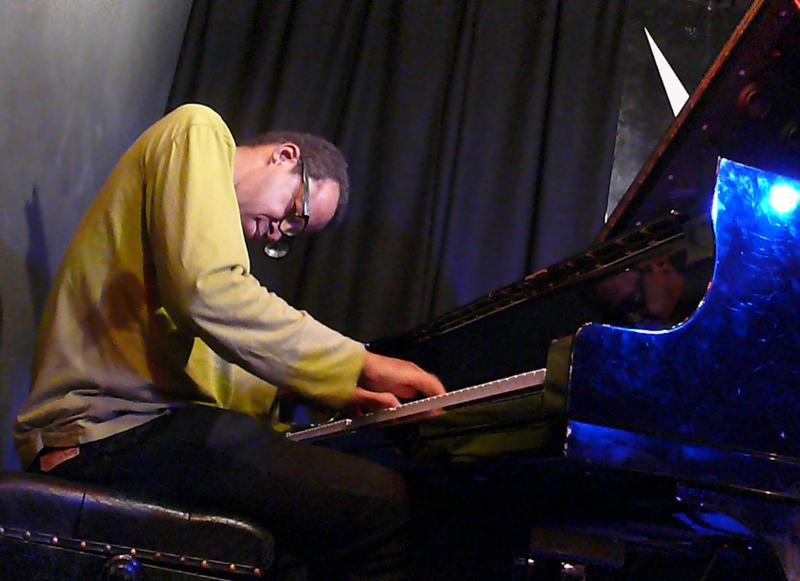 "I'm not that keen on piano trios but you can't fault this one." Thus did one listener at north London's Vortex greet the interval after the first set from pianist Matthew Shipp's new trio partway through a 6-date European tour. How right he was. Drummer Whit Dickey boasts a long association with Shipp, dating back more than two decades, including four years joint tenure in saxophonist David S. Ware's classic quartet in the mid-'90s. However bassist Michael Bisio is a much more recent addition, having joined the band only in 2010 after occasional appearances alongside the pianist. He replaced Joe Morris who was in the bass chair the last time they hit the Vortex back in 2008.

Shipp staked a claim as one of the pre-eminent piano improvisors almost from the start, gigging as a sideman not only with Ware but also with reedman Roscoe Mitchell's Note Factory. Since then he has concentrated on his own music with a string of acclaimed leadership dates, including a diverse sequence on the Thirsty Ear imprint where the pianist also curates the label's Blue Series. Many have incorporated hip hop, rap and electronics stretching Shipp's following beyond the narrow confines of the jazz ghetto. However the pianist's work over the last period has focused largely on the acoustic keyboard in formats familiar from the jazz vernacular.

Typical of a Shipp performance the trio proffered a free flowing exposition across two unbroken sets totaling some 100 minutes, during which they touched on the leader's own compositions, standards, including "Someday My Prince Will Come" and "Green Dolphin Street" as well as other less traditional songs. Rather than forming the basis for the ongoing threeway improvisations, the songs acted as milestones along the way: anchors which grounded the flights of fancy and provided punctuation among the swirling colloquy.

Shipp has a unique style, almost impetuous in his virtuosity, alternating between reiterated motifs, melodic fragments, thunderous crashes from the heels of his hands, cleanly articulated sparkling lines, and a shimmying circular motion pawing and swiping at the keys which produced the piano equivalent of a drone. Threaded throughout were the references, like the pummeling "Frères Jacques" interpolated into one of his own pieces. Sometimes he would play a tune with his right hand while almost obsessively pounding the bass register with the flat of his left hand. 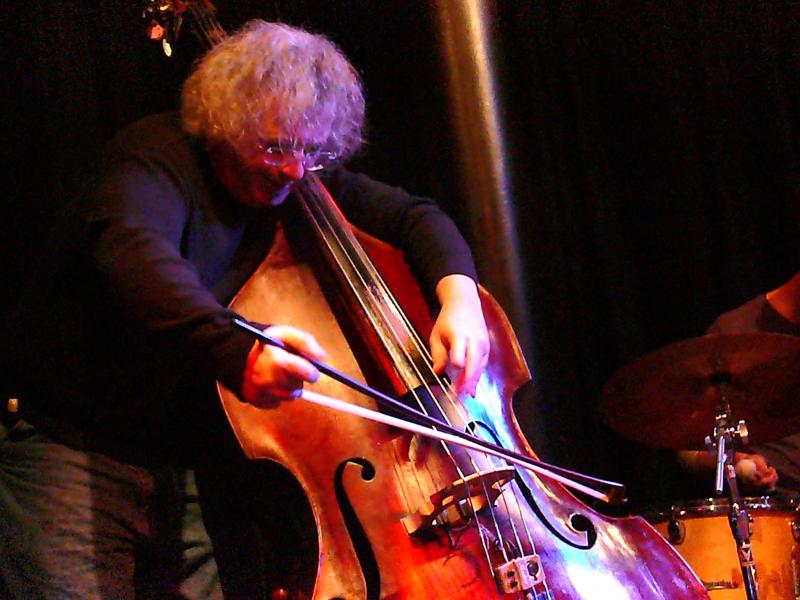 Such was the level of responsiveness that it seemed the threesome could explore any byway they chose. A hammered kernel from Shipp saw Bisio leaning his bass at an angle to better slap at his E string. When the pianist took a jazzy line, the bassist instantaneously morphed into a walking pattern and Dickey picked up the meter on his ride cymbal, only to mutate again not very much later. Of course the interplay ran far beyond a simple cause and effect. When Shipp hinted at "Green Dolphin Street" in fragmented manner, Bisio took up his bow again for an oblique adventure largely parallel to the trajectory of the pianist and drummer. As Shipp toyed with the familiar strains the bassist conducted an arco masterclass, his hyperspeed bowing just above the bridge causing his whole body to shake. Ultimately their changes of direction were like those of a flock of wheeling birds where it is impossible to tell who leads and who follows.

Bisio was a monster: his slightly languorous appearance belied his intense musicality and ringing tone, whether matching Shipp blow for blow or purveying sidelong commentary. Having spent many years on the left coast in Seattle, the bassist returned to his native New York state in 2006, taking up the role of bass instructor at the prestigious Bennington College in Vermont. Since returning he has also helmed his own formidable fourpiece which has four well-received releases featuring his own charts including the stellar Live At Vision Festival XII (Not Two, 2008).

During the first set Bisio echoed and expanded a tumbling piano phrase until his trampolining figure transmuted into a marvelous bass solo. He took up the bow hanging from his trousers to begin a rasping sawing which eventually transformed into a reverential rendition of John Coltrane's "Alabama," which can also be heard on his wonderful solo recital Travel Music (MJB, 2011). As he bowed he also plucked a string at the top of the neck bring about the transition to a pizzicato improvisation with the audience spellbound.

As he patrolled his kit Dickey looked intently down, his head unmoving even as his hands were a blur. But his concentration didn't mean he wasn't listening, as he proved very attentive to the leader's subtle promptings, able to emphasize crescendos with his bass drum while at same time maintaining an invigorating chorus on the rest of his drum set. Not given to showboating, Dickey was full of understated power, prone to tracing wonderfully intricacies on his cymbals, playing as if some limbs were governed by a separate brain. By always keeping a pulse somewhere, he allowed Bisio the leeway for some of his more mercurial excursions. It wasn't until the second set that he took a solo, emerging from beneath a hypnotic refrain by Shipp and Bisio to extemporize with controlled abandon as embellishments, accents and rhythms whirled around his traps. 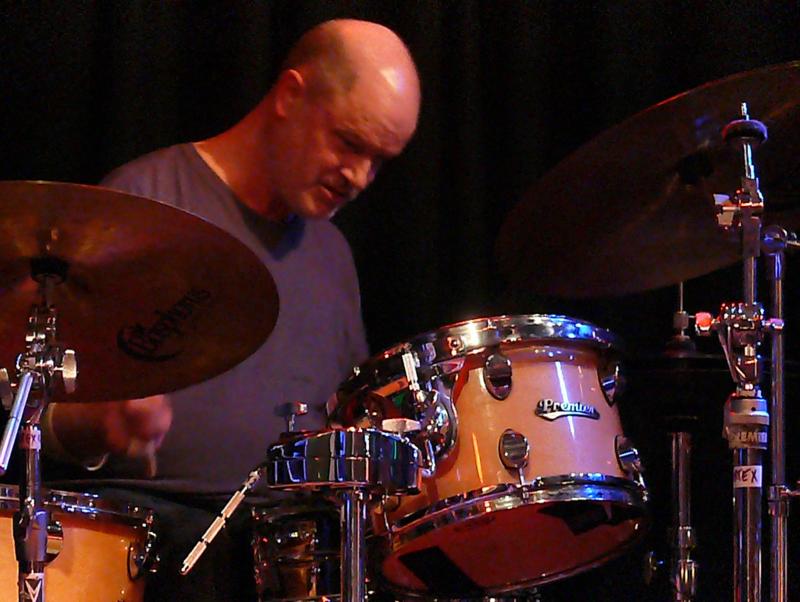 Even though the second set had its moments, including an exuberantly combustive "When Johnny Comes Marching Home," and an abrupt unison finish spun from one of Shipp's insistent themes, it didn't quite reach the highs of the first. Nonetheless the rapturous applause from the standing room only crowd made one thing clear: piano trios don't come any better than this. For those unable to catch a live show, the trio's half of Shipp's excellent new double disc concert recording The Art of the Improviser (Thirsty Ear, 2011) gives the best indication of what was on offer, even down to some of the same titles.