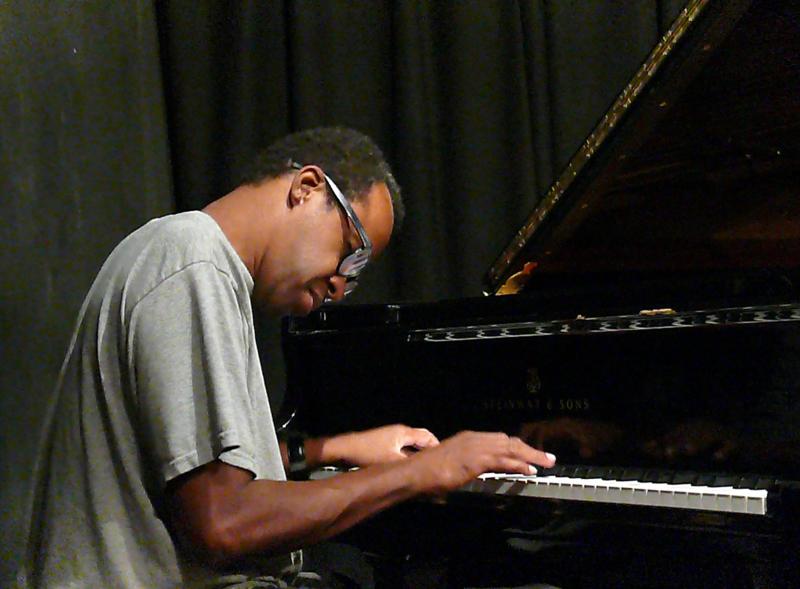 For a growing number of American improvisers, London is becoming a home away from home. Trumpeter Wadada Leo Smith is on record as saying how much he enjoys communing with the capital's finest, and reedmen Ken Vandermark and Joe McPhee have both become regular visitors over the last three years. But at the forefront of the trend is pianist Matthew Shipp, thanks to his connection with Spring Heel Jack, which resulted in Masses (2001) and Amassed (2002) appearing on the Thirsty Ear label's Blue Series that the pianist curates.

His latest sojourn comprised a two night residency at north London's Vortex in different combinations. Having reprised his duet with Evan Parker the evening before (documented on Abbey Road Duos (Treader, 2007) and also in the spotlight at the 2011 Vision Festival), the night was also a reunion of sorts. Shipp shares a manager with British reed master Paul Dunmall, so the pair revisited the original link made in a previous Shipp residency at Cafe Oto in 2009, with bassist John Edwards and drummer Mark Sanders along for the ride. That meeting was so successful that a tour was mooted, which sadly didn't come off, but at last here was the follow up.

Even though the American is widely recognized as one of the preeminent pianists of his generation, affirmed on Art Of The Improviser (Thirsty Ear, 2011), the most recent in a string of outstanding releases, this was no star with sidemen date. It helped that his colleagues were stellar improvisers themselves. Over the course of two sets they exhibited all the virtues of free jazz: powerhouse collective blowing; big ears and speedy reactions; a shared lexicon derived from the source material of Albert Ayler and John Coltrane; and of course, a willingness to go beyond the norms. Together they traversed a rolling sequence of visceral highs, keeping the packed audience's rapt attention.

Shipp fully integrated himself into the ensemble, sometimes selflessly fanning Dunmall's flames with resounding chordal undercurrents, on occasion sitting out completely. At other times he inserted and even imposed his insistent motifs and characteristic bass-register thunder, pounding with the flats and heels of his hands in ways which conjured cohesion from thin air, creating a substructure that the others could play against. But it wasn't all hurricane force. In between the peaks, Shipp delicately swiped at the keyboard, his fingers prancing and extracting fragments of melody, repeated until they took on an obsessive depth, ready to fuel the next raucous group colloquy. 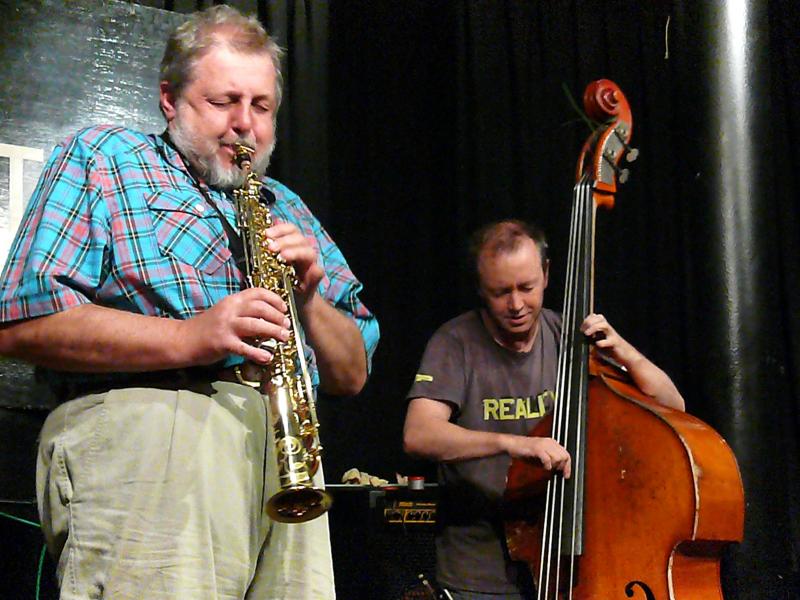 
Dunmall proved to be particularly inspired on both tenor and soprano saxophones: already the go-to guy for visiting avant-gardists wanting top drawer interaction (including McPhee, bassist Henry Grimes, drummer Shoji Hano) the saxophonist dug deep into his free jazz bag and came up with a winner every time, avoiding cliché and never screaming gratuitously. Typically he played a phrase, paused as if considering whether he had achieved what he intended, then added another, building cumulatively with slowly unfolding lines until spewing thick gobbets of sound. Although he used the full range of expression—stentorian bellows, squeals, whistles, keypad popping—they were incorporated sparingly, yielding gravitas and excitement at the same time in his keenly arching abstractions.

Even though the ensembles tended towards density, that didn't quite mask some astounding timbral detail. Edwards, as ever, ran a marathon on bass, playing with the utmost physicality. His solo spots married percussive and melodic arguments in a panoply of ear-grabbing textures, utilizing whatever technique seemed appropriate, as when he threaded his bow through the strings, adding twanging overtones to his rhythmic plucking. Sanders' features were a continuation of his approach throughout: energy channeled through constantly varied tuned drum and cymbal patterns, but then also morphing into quieter sections with texture to the fore, as shown by his use of devices such as a wooden block with small cymbals, placed on the skin of his floor tom to modulate and alter the vibration.

Even with such wonderful parts, the whole was greater, as exemplified by the quicksilver pas de deux between Dunmall and Shipp which began the second piece in first set. Shipp settled on a pattern which provided the port of entry for drums and bass and propelled the reedman into a skittering, rapid-fire excursion. A crescendo of overblown shrieks acted as a fulcrum, tipping Shipp's comping to mirror the reedman's hyper-fast staccato. Similarly the start of the second set illustrated how easily inspiration might be gleaned: at one point Sanders struck his drums with a tiny finger cymbal to achieve a clipped reverberation, which Shipp somehow echoed on the piano, flicking his hands from the keys outwards to replicate the sonority, before adopting it as a motif which once more launched Dunmall's high-intensity soprano saxophone, peppered with some astonishing vocalized cries. 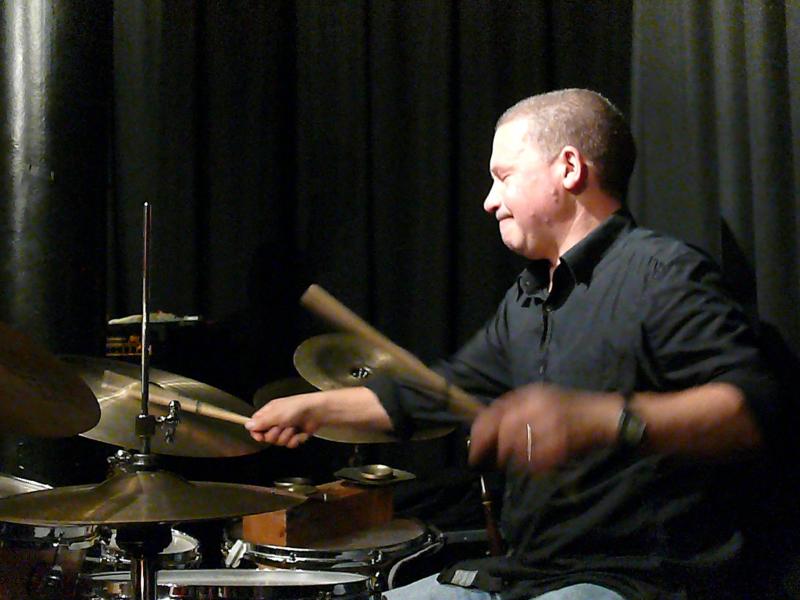 
Both sets of Shipp's gig with Parker the previous day were recorded along with a studio session the afternoon of this concert for release on the Paris-based Rogue Art label in 2013. Any aspiring producer looking for new pleasures in the meantime could do much worse that document this fabulous quartet.