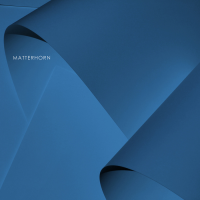 Back in the 1960s, when the music now commonly known as fusion was called "jazz-rock," the earliest bands to get plastered with said label were essentially funk and rock rhythm sections—guitar, bass, keys and drums, plus or minus congas—with a lead singer and a jazzy horn section tacked on. Think Blood Sweat and Tears, or Tower of Power, or any number of the dozens of less-familiar bands in the sub-sub-genre such as Ten Wheel Drive (with Dave Liebman), Osmosis (with Charlie Mariano), Azteca (with Lenny White and Pete Escovedo), and Dreams (with the Brecker Brothers, Billy Cobham and John Abercrombie). These bands either went totally commercial or broke up entirely. Jazz-rock bands with horn sections were quickly eclipsed by smaller units, such as Weather Report and the Mahavishnu Orchestra, that had a completely different take on jazz-rock. A few brave souls continued to work in the horn-section milieu: most notably ex-Dreams and ex-Mahavishnu drummer Billy Cobham, who produced a number of remarkably fine recordings with an eight-or nine-member band during the mid-to-late 1970s. The band Matrix, briefly signed to RCA and Warner Brothers, also had a good run around the same time. Michael Vlatkovich has done some remarkable music in this vein, as well. But, for the most part, jazz-rock bands with horn sections weren't happening for quite some time, unless you count The Saturday Night Live Band.

As with all things stylistic the "horn band" genre has come and gone a few times, and may now be experiencing a mini-resurgence. The most remarkable development has been the across-the-board success of Snarky Puppy, who now boast a Grammy award, among other accolades. While we're all holding our collective breaths, awaiting the flood of Snarky Puppy sound-alikes to tumble down the pike, here comes this young and erudite trumpeter / composer John Blevins with an octet of upstarts called Matterhorn. Their eponymous debut album, released on the California-based pfMENTUM label, bears just a passing resemblance to Snarky Puppy's highly-produced funky jams. The instrumentation is similar, but the result is different: Blevins' music—though expertly played—is rawer and less slick. It's tempting to say that Matterhorn is "more jazz based" or "sounds more avant-garde," but that would be missing the point. This is adventurous, risky music, but not at all unpleasant or self-conscious. Blevins has crafted eight complex compositions for his excellent band, who, like their leader, can play really effectively in a number of genres. Blevins, himself, has worked with IconIQ: The Soundtrack Orchestra, folk-rockers MegaFauna and Morningsiders, and contemporary classical composer Brooks Fredrickson, in addition to the usual jazz, funk, and jazz-funk bands that populate New York's underground music scene. Matterhorn freely takes in all of these musical experiences, refracting it through a decidedly modern jazz-based point of view. The result is cogent, beautifully realized—both compositionally and in its execution—and a joy to listen to. The band uses electronics extremely well. There's lots of wonderful Rhodes piano, and some fine electric guitar, and all of the horn soloists seem to be able to switch something or other on at various times to change up their sound. But electronics are clearly not the focus of Matterhorn.

So... the music? It's hard to put a finger on exactly what this band sounds like. More modern jazz than 70s fusion revival, Matterhorn's emphasis seems to vary from tune-to-tune. The album opens with Blevins soloing unaccompanied, which puts the listener right on the edge of their seat: one truly does not know where this music is headed. But, boy, can this fellow play the horn! The tunes that follows, "Identity Theft," has a Middle Eastern tinge, some snarling guitar sounds, and a driving 5/4 ostinato behind excellent tenor saxophone and guitar exchanges. "Breathe" is sweet and straightforward; a soul-jazz ballad par excellence. "Little Dickens" is a Latin-tinged groover awash in muted brass and snappy drums not unlike something that Snarky Puppy would do. "See" is a multi-sectioned excursion that flies from sassy funk to way-up-tempo jazz to almost-free (topped by Marta Sanchez' effects-laden Fender Rhodes solo) before landing back in the angular funk from whence it came. "Unaware" opens with bassist Marty Kenney's eloquent solo over eerie harmonies, spooky Rhodes, and wind chimes. He drops into a stark ostinato as the tune coalesces around him, Blevins and drummer Nathan Ellman-Bell taking dangerous liberties as the horns mass and stab. The resolution is a long time coming, but it is supremely rockin.'

As far as debut recordings o, Matterhorn is about as good as it gets. Excellent performances, compositions that are both challenging and fun to listen to, deft arrangements, and a lot of cool sounds. Definitely a band to keep an eye on!