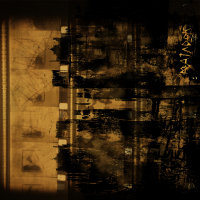 Matador is the stage name of Uruguayan guitarist, composer and songwriter Santiago Bogacz who is an eclectic, up and coming artist with immense talent and dynamic creativity. His versatile eponymous EP is self-released and contains four of his own songs that reflect his various sources of inspiration and his superb musicianship.

The classically trained Bogacz goes beyond his academic influences and brings in diverse musical heritages. The haunting chant like "Tina Negra" for instance showcases his yearning vocals over sparse yet potent guitar phrases that hint more towards the Spanish folk tradition. The melancholic "Ojo Viejo," on the other hand, has a distinct bluesy flavor in its overlapping guitar lines and shouting lyrics and is clearly under the spell of such North Mississippi bluesmen as Junior Kimbrough and R.L. Burnside.

The cinematic and darkly flavored "Unas" returns to a Latin theme with complex shimmering strums and plucked strings with hints of old-school country music in its emotive narrative motifs.

The instrumental, "34°47'33.7"S, 55°23'27.9"W" is the most intriguing. Named after longitude and latitude coordinates of his hometown of Montevideo the tune opens with a unique sonic marriage of Appalachian twangs and Hispanic romanticism. His agile instrumentation grows more intricate with each phrase and builds a modern tone poem brimming with nostalgia and bittersweet sentiments.

Bogacz, also a blogger and music writer, is an enormously gifted young man who brings a global sensibility to his, very personal, work. Judging by his freshman release, although he is still in search for his own singular voice, he has the potential for a brilliant and an exceptional career.