By HRAYR ATTARIAN
December 31, 2016
Sign in to view read count 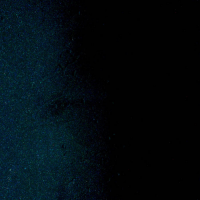 On his fourth release, Montevideo based guitarist Santiago Bogacz AKA Matador explores various tonalities and harmonies both vocally and instrumentally. He has overdubbed himself performing multiple guitars and singing various lines to create compelling soundscapes of haunting poetry.

The short and dynamic opener "20" sets the mood for the rest of the album. The intertwined angular and riotous strumming and the delta blues inspired pizzicato of steel strings forms an earthy muscular substrate. Over it several channels of wordless vocalizing usher in an ethereal ambience.

Bogacz experiments with his own abilities as a performer pushing his musical boundaries into intriguing territories of, sometimes, symphonic breadth. On the dramatic "S'cúrroa" he starts with a contemplative nylon string solo then proceeds to build an intricate piece with nine steel guitar lines and eight various vocal stylings. He whistles and chants over simultaneously pensive and ardent, blues tinged chords. It all sounds so seamless and natural that sometimes it is hard to believe that a single person independently recorded each thread before weaving them tightly together.

These experimentations do not distract from his accomplished musicianship. On the enigmatically named "7 / 8 -4 / 4 -X / X" he plays an unaccompanied tune with virtuosity and passion. He showcases ability to coax out of his instrument emotive and hard edged melodies with his percussive strumming and gentle plucking.

The hypnotic and spiritual "Chucapúm" features his Tuva style throat singing and delightfully dissonant and fiery guitar. The piece also contains moments of lilting melancholy and Eastern mysticism that make for a unique mélange of east and west.

Bogacz uses the cover arts as visual titles for his recordings. With the current one with its mysterious and abstract indigo image he has produced his most challenging work to date. True, the music here is less accessible to mainstream ears but it is creatively bolder and overall more satisfying.