By HRAYR ATTARIAN
January 1, 2016
Sign in to view read count 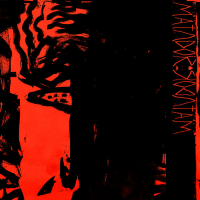 Uruguayan guitarist and vocalist Santiago Bogacz, stage name Matador, blends various musical influences into a unique sound with a jazz influenced spontaneity. After two intriguing EPs he has put out his first full-length album. All three are untitled as each is labeled with original art work that sets it apart from the others.

On his EPs Bogacz utilized mainly Latin motifs and Americana. In contrast, on this longer recording he explores Asian themes creating a captivating union of various musical traditions. The wistful song "Pico Ló" is peppered with oriental lyricism. Bogacz showcases his deft handling of his guitar as he creates a multilayered tune with a core of folky simplicity and the depth of a free improvisation.

An earthy feel also permeates such tracks as the eerily memorable "111/7." Bogacz's vocals evoke the shouting style of delta bluesmen while the haunting instrumental intervals that thrill in their complexity. The elegantly woven harmonic tapestry shimmers with delightful phrases and note clusters from diverse sources.

As with his previous work here too his delivery sometimes alludes to such modern juke joint blues guitarists as Junior Kimbrough. The riotous "Traje Negro" showcases Bogacz's percussive playing mixed with his wailing chords. The energetic music grows more passionate and angular as it embraces its own dissonance.

The cohesiveness of this engaging release is best reflected in the grand finale "Un Lugar." At almost ten minutes it is the longest composition here and the most intricately constructed one. The densely textured melancholic piece gracefully fuses western and eastern elements into a charming and ethereal whole.

Genre bending artist Santiago Bogacz is definitely someone to watch closely as he has made major creative strides in two short years. He is definitely at the threshold of a brilliant and impressive career marked by his own individuality and singular expression.