By JEFFREY L. MELTON
October 19, 2010
Sign in to view read count
AAJ: The title track is pretty serene piece. Is that mostly you with some accompaniment from the other players?

MR: Yes, that's me improvising some chord changes and the others "following" beautifully. Both Robert and Chris are classically trained and really have their ear-training and theoretical knowledge down.

AAJ: Are there any plans for a live performance of the material or any follow-on collaborations?

MR: No plans at the moment, but we are available should there be any demand.

AAJ: How well has the disc been received so far?

MR: The album was put out on my label, Unsung Records, but there was no promo budget and the label was in financial trouble, so basically it has not been promoted at all, yet. Given that, the sales are actually OK. I don't think I've seen any reviews except for one in Estonia's main newspaper, which apparently said the album is spectacular.

AAJ: How did you meet the other players involved in the project?

MR: I had first met Toyah and Chris Wong when touring Estonia with Tuner and The Humans in October 2007. I met Robert Jürjendal when he called me as producer for UMA. Arvo Urb is a long-time collaborator of Robert and a legendary Estonian musician who was involved in some classic Estonian prog groups. It was wonderful to play with Arvo.

AAJ: For the Tovah project (not to be confused with Toyah Willcox): how did you meet her and come to work together?

MR: I met her via the Turkish producer Cenk Eroglu, who's a good friend of Pat Mastelotto and who was also featured on the BPM&M record. I sent Tovah my solo album, The Longest In Terms Of Being (Unsung, 2001), which she loved very much, and she then asked me to produce her album.

AAJ: What types of arrangement constructs did you create/have to work with to meet Tovah's vision of the recording?

MR: Tovah wrote her songs on piano, so I had chord charts and a melody as a starting point. Her vision of the album was something like "Peter Gabriel meets Kate Bush," and that's the brief I started with. In addition to that, she wanted each song to represent a different style.

AAJ: Were the recording sessions straightforward? Was it clear what direction this project would go from the beginning? Was there a clear concept and if so from whom?

MR: It was a pretty straightforward and very enjoyable process. I composed, arranged, and played most of the instrumental parts. But I took an interesting approach with the guest musicians: I had them improvise their parts against a simple MIDI backing track and then cut-up their performances, and based my playing around their parts. Pat Mastelotto played a big role as well. In a way this album shows another side of Tuner, working within strict boundaries and song structures.

AAJ: As a producer, what types of tradeoffs did you make for balancing sounds for the mix? What were the sonic priorities you decided on for the recording, and why?

MR: I used a wholly intuitive approach as I decided on the sounds used for the songs. I played lots of acoustic guitar, which seemed the right thing to do at the time, as well as lots of touch guitars and also some old-fashioned "double speed" guitar, mellotron, and stuff like that. The palette of percussive sounds is also very rich and varies greatly on a song-to-song basis. 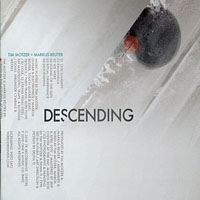 David Bottrill and I collaborated on the mix of Escapologist. I spent about two weeks with him in Toronto. Sonically, I let him do his thing. My role was to make sure all the interlocking layers of the arrangements were presented evenly and that the emotional aspects of the music got translated in the way intended.

AAJ: Can you explain Lee Fletcher's role on vocal arrangements (for example, for harmonies on "Come to Me")? How did you interact with him on certain tracks?

MR: Lee is a man with a very strong vision and great musical imagination. My part was to make sure he could do his job without distractions. Lee basically wrote all the harmonies and countermelodies on the album. He sang them to Tovah, and both of us then made sure we got the best performance from her on the recording. We made the stylistic choice to limit her vocal dynamic range in order to get more subtle variation into the music, which worked very well. 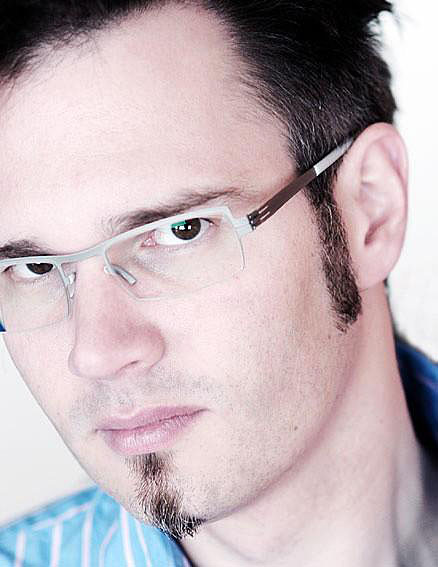 AAJ: Can you tell me how your forthcoming project with Tim Motzer got started? How does it compare with some of your other recent projects?

MR: Funnily enough, Tim and I met via MySpace quite a few years ago. I had heard of him via the Nine Horses (SamadhiSound, 2005) album ,and he'd known me from Tuner, I think. I then made an effort to meet him when he was on tour with poet Ursula Rucker. We eventually met in a club in Munich, Germany, and we were like brothers right away. A year or so later, we started a post-jazz group called Gojjo with two other amazing players from Philadelphia (drummer Doug Hirlinger and trumpet and EWI player John Swana).

The ambient project between us got started when I was booked to play a live set on Philly's Star's End radio show (on WXPN, hosted by Chuck van Zyl). I asked Tim to join me for the show and I simply plugged him into my electronics and we improvised the whole 1-hour set together. Most of the pieces on our album Descending are sourced from my recordings of the music played on that show. The contributors were invited to provide overdubs at a much later stage in the production process. During the live performance, I gave vocal cues to Tim, telling him where to go harmonically and so on. At one point I said: "Play chromatically descending pitches, no exceptions," and that's where the title of the album (and the title track) comes from.

AAJ: To close, can you tell us about three or four plans for the next year or two?

MR: My plan is to concentrate on live playing in the next few years. As an artist though there is usually no choice but to go with the flow. My internal orientation is clear, but one can never be sure how, where and when things are coming to the surface. So I'm keeping an open mind and I'm also looking forward to being surprised.

centrozoon, the Cult of Bibbiboo (Unsung ,2002)

Markus Reuter, The Longest In Terms Of Being (Unsung, 2001)

All Other Photos: Harry Triendl