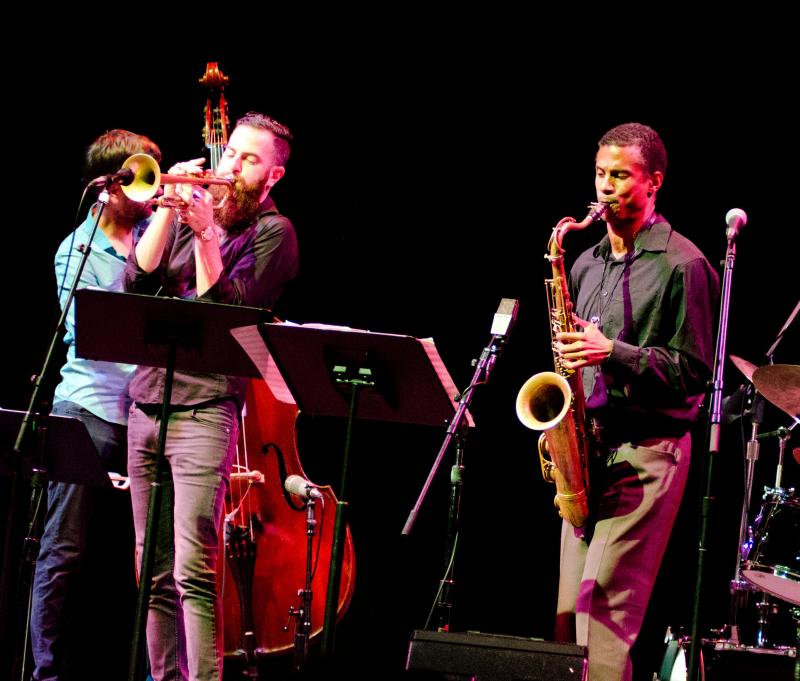 Some 20 years ago, tenor saxophonist Mark Turner tipped the ears of more than a few critics with his debut release for the Dutch Criss Cross label, Yam Yam. He was rightly touted as an up and coming talent worthy of wider recognition. A distinguished set of further albums for Criss Cross and then Warner Bothers followed, although it seemed that Turner remained under the radar of all but the staunchest jazz followers.

Coming some 13 years after his last release as a leader, Turner's new ECM set, Lathe of Heaven seems to pick off where things had left off. And even if Turner remains a bit aloof for some, there's still a good deal of variety to the material to make the quartet session worthy of one's attention. Surprisingly, Turner has even taken to the road to spread the good word and his recent appearance at the Wexner Center for the Arts in Columbus was a welcomed sign that the saxophonist's jazz credentials are still top notch.

Turner seems to prefer his ensembles sans chording instrument and this new quartet is no exception, with bassist Joe Martin and drummer Justin Brown anchoring the front line of Turner and trumpeter Avishai Cohen. In the hands of lesser talents this format can be somewhat of a bore. Turner and Cohen, however, are seasoned improvisers who have something to say, and that makes all the difference. Imagine as a starting point the music of Don Cherry in the late '60s, although with Turner providing a less incendiary approach on tenor, and you get some idea of the sound of this group.

Kicking off a 75-minute set, the group opened with "Lathe of Heaven," a multifaceted work that found Turner and Cohen utilizing clever intervals to voice the melody. As he soloed, Turner swayed a bit and stared straight ahead, his concentration evident. His sound is somewhat on the lighter side and more influenced by Warne Marsh than Coleman Hawkins. This provided the yin to Cohen's yang, the trumpeter utilizing silence and spaces to make his point.

Written for pianist Ethan Iverson, "Ethan's Line" seemed like an extension of the first number in terms of tempo and intent. More varied in its approach, "The Edenist" benefited from Martin's busy finger work and a bristling solo from Cohen. As Brown took the spotlight he first established a busy groove over a repeated bass vamp before launching into an extended display of pyrotechnics that paid off in cheers and wails from the appreciative crowd.

The next two pieces, "Brother Sister 2" and "Year of the Rabbit" spoke with a more defined beat, although Martin functions in a way that is far beyond that of being a mere timekeeper. Cohen was again the one to keep an eye on, his solo statements brimming with excitement and with a clarion sound that at times recalled Dave Douglas. Another fine drum solo was heard on the latter number. At this point, even Turner seemed to be hitting his stride, the use of wide intervals particularly appealing.

It should be said that as a venue, the performance space at the Wexner is somewhat of a mixed bag. The cabaret seating should lend itself to healthy interaction with the audience, but the lighting is so dark and dank that one is hard pressed to even see their own two feet, let alone allow for the artist to connect with the crowd. It was a bit of a surprise then when the house managed to cajole the band back for an encore, a collective jam that seemed somewhat dramatic for a closing salvo.