By R.J. DELUKE
August 10, 2010
Sign in to view read count
In conversation with the immensely talented and engaging pianist Mark Soskin, the word "challenge" arises periodically. It's used in a good sense. Simply put, "I like to be able to be handed a challenge and then rise to it," he said in conversation, earlier in the summer of 2010. 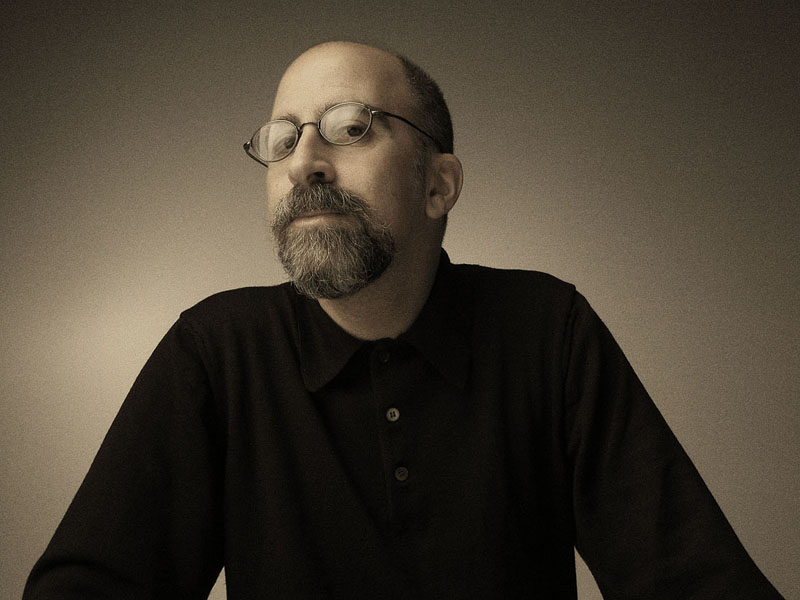 Diversity is also something he likes. The evidence is in the myriad of projects with which he has involved himself since leaving a golden gig with Sonny Rollins years ago, after holding the piano chair in the Saxophone Colossus' band for about a decade. That variety includes solo concerts, a recording contract with Kind of Blue Records, where has examined the attributes of the jazz quartet, duet projects of varying kinds, and recently a project with singer Roseanna Vitro that examines the music of Randy Newman.

Man Behind the Curtain (Kind of Blue, 2009), is his 10th as a leader, and holds up to his high standards—great energy and great beauty— with outstanding empathy among the players, this time featuring Ravi Coltrane on saxophone. The quality of Soskin's work is consistently high. He's also the arranger, as well as pianist, for the Randy Newman project that Vitro will be releasing as a recording before too long, and there is also touring involved.

Soskin, who also teaches, has irons in a lot of fires, moving from challenge to challenge. And it was a thrill for the pianist to go back and play with Rollins, whom he teamed with in the 1980s, to make more music at a concert in Seattle. It wasn't a look back, however. Playing with Rollins is still a huge test.

"The gig was fantastic. It was really nice to connect with Sonny again," says Soskin. It had been a gap of some 13 years since Soskin performed with the saxophonist. Rollins sent him a set list with certain keys, "but it's always interesting being on the gig because you always feel like anything can happen." He did his homework on the music and was thrilled with the outcome. And he continues to be amazed by the 80 year-old jazz icon, who is still explosive.

"When we spoke, I said, 'Sonny, you're an inspiration.' This was about 11:30 at night. And he said, 'Right at this moment, I'm practicing.' That's pretty cool. It makes us younger guys inspired. And he came out there on the gig burning. I hope not only am I living by that age, but playing."

"It was great," adds Soskin. "I didn't really see him until we were up on the stage during sound checks. The sound checks are usually us just playing. We almost played up to the performance. The feeling was really great. I said to him at one point, 'It's been a while.' He said, 'Mark, don't think like that. It seems like it was just yesterday.' That was very cool. We have a long past, as you know. I was with him for a long time. That was very, very nice."

Very, very nice is Man Behind the Curtain, an album Soskin is justly proud of. It features original compositions—he has a great feel for writing interesting tunes that are melodic and engaging—and a few lesser-known songs by the likes of Lerner and Lowe, Kurt Weill and others. Ravi Coltrane, a superb player, is a striking presence.

"The immediate thing that gets me about Ravi's playing is his sound," Soskin says. "He's got a really beautiful sound. His approach is very organic. It's not so much a studied approach. It's human. He's got his own voice, which is a great thing. Before I recorded with him, I checked out his recordings. I went to hear him. We hooked up really nicely. I love the way he plays the melodies. And his approach to improvisation is organic. I really like that. I like the blend we got. A lot of times, I would double lines and things like that. Really nice." 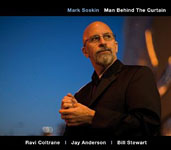 Coming to the music in the shadow of a legendary father could be intimidating, and therefore problematic, but not for Coltrane. "He handles it well, and he was smart enough to forge his own thing. That I really appreciate. He's a nice guy—very easy to be with. He was very serious about the music I was doing. We just had one short band rehearsal, but we had a couple of live gigs in New York before the recording. Also, me and him got together and just played duo with the tunes. We would bounce ideas off one another. I like how the results came out. I'm happy about that."

The band cooks hard ("Invitation," "Heather on the Hill"), or calms it down nicely ( "For All We Know," "Heaven's Sake"). Soskin has a strong musical kinship with rhythm mates Bill Stewart on drums and Jay Anderson on bass.

"These are some of my favorite guys. I played with Bill Stewart a bunch of different times. I love what he brings to the table. All of these guys fit into my style very well. My big thing is interaction. I like what they bring. My friend Jay Anderson, I've been playing with forever. He's got a big fat sound. Love what he does. These guys are top- notch and fun to play with," says Soskin.

He adds, "It's a challenge to me. It's one part of my compositional practice to take a tune and make it my own. That was part of the idea on this. I have three compositions on there. I like writing for projects. So this thing gets me to do that. I do more writing when I have certain projects. Usually it's harder for me to just go to the piano and write. There has to be something that will get me out there."

Once he's out there, his compositions are always pleasing. Well-thought-out and creative, like all his projects that he handles with a broad experience base behind him. Soskin started playing piano as a child

Music was around in his house and jazz influences like Horace Silver, Herbie Hancock, Bill Evans, Stanley Cowell, Bud Powell, Chick Corea, McCoy Tyner, Keith Jarrett and others took hold. At Colorado State University, Soskin started off as a language major, but switched to becoming a music major and transferred to Berklee School of Music. He left and moved to San Francisco, where the music scene was flourishing. He played with Joe Henderson and others and encountered Orrin Keepnews at Fantasy Records. Keepnews brought him to Sonny Rollins, and thus began one of Soskin's greatest musical experiences.

Since then, his career has been strong. He has been recording regularly and keeping himself busy in a variety of ways, including working with Vitro to interpret the music of Neman, a pop/folk/movie score writer and performer. "That's a small band with violin and some guitar. Steve Cardenas plays guitar on [the recording]. The violinist is a young woman named Sarah Caswell. Roseanna is doing the vocals. I also did a lot of writing for that. Rethinking that kind of idea. Randy Newman stuff. I re- worked a lot of that, definitely, in terms of feel and harmony. That's really a challenge, because a bunch of those songs are so simple. And a lot of the lyrics are talking. They're more spoken. So, it's tricky. But that's a challenge I also like."

His schedule includes concerts in Europe, as well as a gig at Bucknell University in Pennsylvania on September 8th, with Matt Wilson and Joel Frahm.

"I've been doing different kind of band formats. Some larger, some smaller. I love the diversity. The duo thing I really like. You have a lot of flexibility and you can go a lot of different places. And solo piano playing—I've done a few records with solo piano. I like doing that stuff," he says.

Soskin also enjoys teaching, which he does at Manhattan School of Music. "The kids are inspiring. That's been nice for me. They're all playing at such a high level, it's astounding. I like being a part of that side of music, to give something back and tell my stories. Sometimes I'll come out of a day of teaching there, and my eyes will be open because they're playing such great stuff. I try to encourage them, inspire them and get them motivated. I'll provide the spark and give them different ideas and criticisms, try to steer them in the right direction and keep them open-minded, as well as trying to instill adaptability in them. [I] try to tell them that if they are adaptable to many kinds of situations, not only is it good for their musical side, it's also practical. It will help them work more if you can play in a lot of different situations." 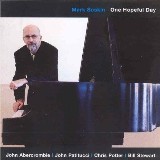 So Soskin remains busy on the New York City music scene in spite of changes in the club scene and the music industry. "Everything has been really good. I can't complain," he notes. "The fact that I have a record contract is a good thing, too. In this day and age, that seems to happen less and less. I'm glad a record company has been behind me. It's great."