By DAN BILAWSKY
August 29, 2014
Sign in to view read count
Drummer Mark Guiliana's work has nothing to do with benzedrine, berets, William S. Burroughs and the like; he's a beat poet of a different sort, shrewdly dissecting and interpreting the language of rhythm in real-time. Guiliana is one of the few drummers who can successfully and creatively straddle and blur the electro-acoustic dividing line, and he's been a key ingredient in the musical recipes concocted by artists as different as bassist Avishai Cohen, vocalist Gretchen Parlato, singer/rapper Matisyahu, and pianist/keyboardist Jason Lindner.

Thus far, Guiliana has largely been viewed as a valuable sideman, but things are rapidly changing. With the arrival of Beat Music (Self Produced, 2013), a high profile collaboration with pianist Brad Mehldau on Mehliana (Nonesuch, 2014), the establishment of Beat Music Productions, and the simultaneous release of that label's first two albums, Guiliana is poised to make the transition from important background figure to leading man. 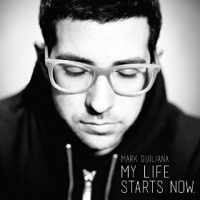 Cycling patterns, layered thoughts, and a constant eye on the yin and yang relationship between movement and stasis underscores much of this work. Within the first three numbers, Guiliana establishes his modus operandi, yet he astounds and confounds by showing us that he can do so many different things within seemingly narrow confines. "The Beginning," something of a boom-bap transitional number, quickly gives way to the martian music jam of the title track, which leads to a collaboration between Guiliana and Meshell Ndegeocello, with old form Beat poetry meeting up with musical beat poetry. All three numbers are oh-so-different, but all are of a piece.

That idea of distinctness-meets-togetherness carries across the entire album. A chilled out episode featuring Gretchen Parlato's wordless vocals ("This One Is For You") doesn't seem odd or out of place in a collection that also contains a plane-taking-off miniature ("Move Over Old Guy"), a real raver ("My Name Is Not Important"), a somber spoken word number that transitions to a falling-down-the-stairs drum solo ("It Will Come Back To You"), and a shredding episode from guitarist Michael Severson ("The Result Of A Ring"). It all fits into the picture that Guiliana is trying to paint here. 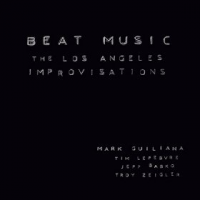 While My Life Starts Now is an exhibit of planning, process and forethought, this album removes the first and last items from that list. Process is still at the center of this music, but it's all done in the moment.

Beat Music: The Los Angeles Improvisations is the documentation of a day's worth of in-studio improvisation. Guiliana, bassist Tim Lefebvre, keyboardist Jeff Babko, and electronics man Troy Ziegler set up shop in a Los Angeles studio on August 19, 2013, and this is what they came up with. Thirty on-the-spot creations are presented here, with deep and bubbly bass lines, icy drum grooves, alien sounds, vocal samples, and more coming and going in short order. Nothing lasts too long, as scenes are established and quickly dispensed with, but a devilish sense of musical experimentation carries through the entire program. Some tracks leave a lasting impression (i.e. "Hunter Thompson Is Watching," I Create Your Own Future") while others vanish from the mind in the blink of an eye. This is here-and-gone music that's reflective of the way we all live and interact today.

Tracks: This Is Your Chance To Make Things Right; Hunter Thompson Is Watching; The Everywhere Spirit; Flaw & Order; Another Race Record; Bobby Moons; I Create Your Own Future; Faux Humility; Bang Biscuit; A Quote Machine; The Police Are Looking For Bobby Moons; That Deejay Chick Works At The Bank Now; And Now... We Stare And Nod; Roofing With Biblical Integrity; Dear Earthquakes, Come Home; Bobby Moons Goes To Jail; I Once Had Fun In Hollywood; On Occasion Caucasian; Nice Job!; An Undeniable Letting Go Of Invaluable Necessities That In Which We Cannot Be Without; Did You See That Catch?; Faulty Filter; "Betty. Will You Cancel My 8 o'clock?"; Ode To Bobby Moons; I Listen To Dan Patrick Everyday; Human Highlight Film; Cheer Up Beautiful People; I Don't Care About The Money, It;s You I Want; My Blood; Cole Whittle.