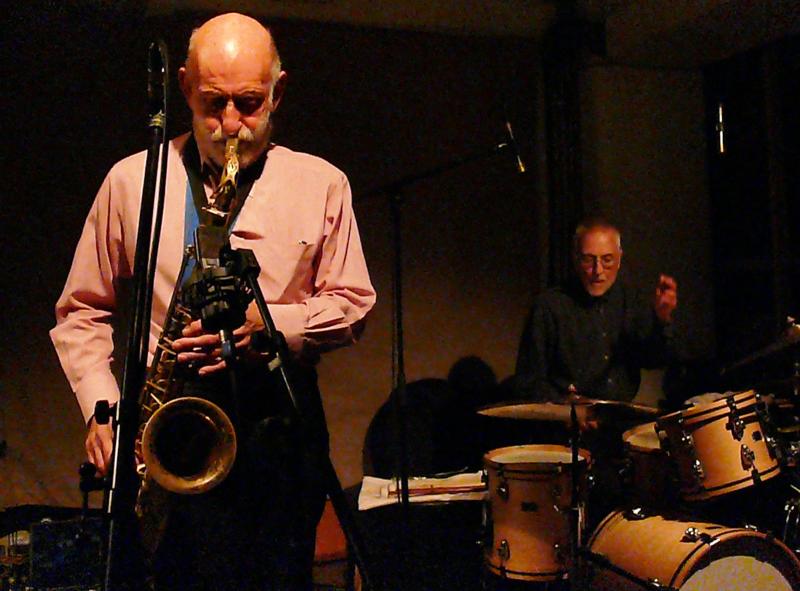 It was almost as if no-one wanted to break the perfection of the anticipatory hush at north London's Café Oto. Eventually, Harrison Smith ventured a quizzical phrase on tenor saxophone, which inaugurated an unostentatious exchange of ideas and viewpoints. Pianist Marilyn Crispell, hair draped forward shielding her face like a veil, imparted her pronouncements with gradually increasing density, while drummer Eddie Prevost's brushes danced across his kit.

Crispell first came to prominence in the late '70s and early '80s with reedman/composer Anthony Braxton's legendary Quartet, immortalized in Graham Lock's wonderful book, Forces In Motion (Da Capo, 1988). But even at the same time as she was touring the world with Braxton, she produced a series of compelling works under her own name, and appeared with bassist Reggie Workman's Ensemble. In what seemed at the time as a marked change of tack, but which has since merely confirmed a wide ranging sensibility, she waxed a sequence of intimate and darkly poetic albums on ECM, exploring the music of Annette Peacock, alongside her own compositions and those of others such as drummer Paul Motian and bassist Mark Helias. Later came a fertile association with English bassist Barry Guy, first as a guest in his London Jazz Composers Orchestra, then in a highly charged piano trio, along with drummer Paul Lytton. Latterly Crispell has cut back on travel, so it was a real treat to be able to catch her at the end of a four-date European tour.

Immediately obvious, deep communication formed one of the key characteristics of this group. Only quick glances across the stage to check on levels of comfort interrupted the current trajectory, before they continued. When the threesome came to a consensual halt, Prévost made ensured a seamless transition into the next session with a malletted solo gently bouncing from tom to snare. Smith floated a gauzy fluttering fancy, while Crispell pondered purposeful chords. As Prévost caressed his cymbals, the mood metamorphosed into a beautiful melancholy-tinged ballad. The trio's first set comprised a single kaleidoscopic excursion, while the second set broke down into four distinct pieces, all of them conjured from the empathetic ether.

In spite of the star billing, the American pianist put ego to one side as one apex of an equilateral triangle. When she did take the spotlight, she cascaded across the keyboard in a rhythmic attack punctuated by an insistent ringing motif. Nothing she played was throwaway. Each note was necessary and considered, her lines sculpted with a dramatic intensity. At times she sat listening, a smile hovering on her lips, as if privy to a secret joke. But she was able to show all aspects of her personality, from the limpid and languid to the meaty unit structures. At one point she stood and plucked the strings under the bonnet of Café Oto's new Yamaha piano, her delicate pealing serendipitously accompanied momentarily by a police siren hurtling along the nearby Kingsland High Street.

Intermittent flashes of energy and power revealed Crispell's fiery side, especially in second set. Pianist Alexander Hawkins, an astute commentator on the modern milieu, has lauded Crispell for being one of the first pianists to assimilate the lessons from piano iconoclast Cecil Taylor into a truly personal language without imitation. That was most evident, as she adopted fragmented stride patterns, her right hand adding dissonant counterpoint to ramp up the temperature, as her left hand all the while kept up a forceful rolling pattern. Smith burned in response and Prévost stoked the free jazz fire, as Crispell jabbed and stabbed at the keys, though stopped short of the flats of her hands, mining the terrain of the evening's final segment.

Currently part of the London Improviser's Orchestra, Smith emerged on the British scene in the 1980s with drummer Brian Abrahams' South African derived District Six, and then later became part of the Free Jazz Quartet with Prévost and trombonist Paul Rutherford. Although rarely overt, he displayed great affection for the jazz tradition, encouraging Crispell's lyrical side in haunting interaction. {John Coltrane}}-inspired on tenor, oriental sounding on soprano, even at his most impassioned there was still a strong sense of control to Smith's elegant extemporizations. Probably his finest outing came on a rubato collective, begun and ended by Crispell unaccompanied, in which they touched on territory akin to Trane's "After The Rain."

Although best known as a founder member of seminal improvising ensemble AMM, Prévost retains his fluency in jazzier settings. He has worked with Crispell previously, recording the duet record Band On The Wall (Matchless, 1994). Even when belaying a polyrhythmic barrage, he was careful not to overpower the pianist, though he was happy to take on the mantle of exuberance, most notably in one powerhouse whirling solo, until he struck a regular cymbal "ker-ching" as the thread leading back into the ensemble improvisation. 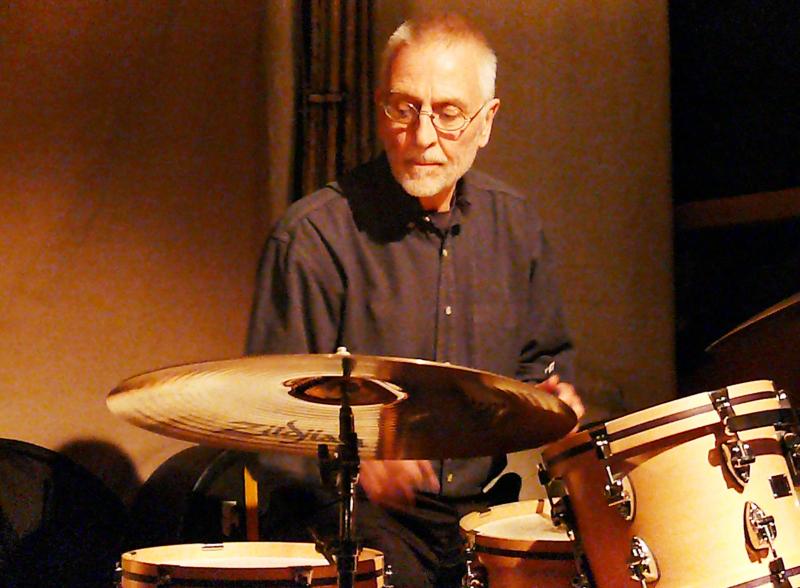 Such unforced conversational interplay illuminated the performance, with Smith and Crispell exchanging phrases throughout as touchstones in the flowing streams of consciousness. Together they delivered a spellbinding concert which will persist long in the memory. Recorded for BBC Radio's Jazz on 3, it may yet have wider resonance, as it will be broadcast sometime in 2013.