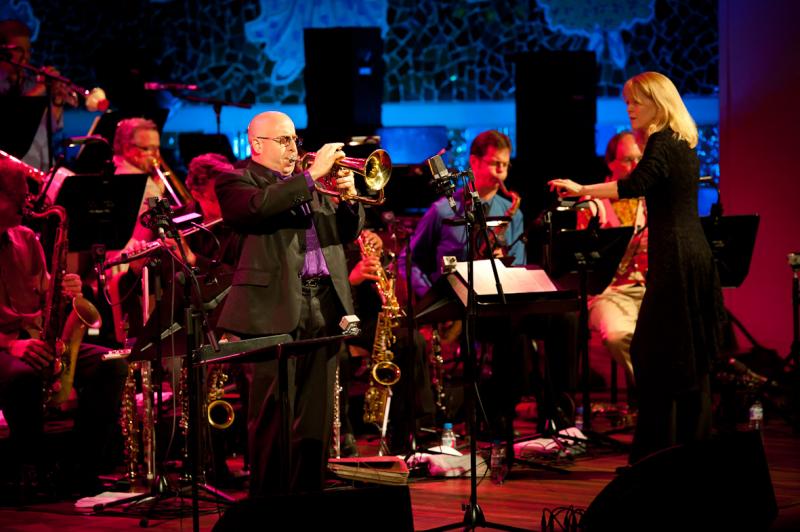 By ENRIQUE TURPIN
November 13, 2011
Sign in to view read count
Maria Schneider Orchestra
43rd Voll-Damm International Jazz Festival
Barcelona, Spain
October 20, 2011
Legend has it that a girl from Windom, in the agrarian depths of Minnesota, conquered territories banned to her human nature. They claimed that Maria Schneider, the name by which that little girl still goes by, had the ability to fly and make everyone in her domains do so. Many say that it is from above, where they were shown the truths revealed from her acrobatics. Others insist on staying grounded, as if they need to cling to the earth so as to catch a glimpse of what they are capable of when Maria Schneider starts her walk. But what they would never doubt is that with Schneider, everything seems possible. But legend never had it that she could dance as well.
Wisely enough, those responsible for setting up the 43th Barcelona Voll-Damm International Jazz Festival wanted to make the legend bigger, awarding Schneider with the festival's Gold Medal, the fourth after Bebo Valdes, Wayne Shorter and Sonny Rollins). It's important to realize that her orchestra, conducted by the composer/arranger, is considered one of the best on the planet. Quid pro quo, Schneider confessed that she was in her favorite city and her top choice venue, after a great experience back in 2003 leading the Danish Radio Big Band together with singer Ivan Lins and harmonicist Toots Thielemans. Her 2011 show was to be the first she would share with her own orchestra, with whom she gave a panoramic concert at the festival's request, having performed with her band on two past occasions, but never at the Palau. The compositions that made her the best orchestrator worldwide came down, one after another.
The night started with "Green Piece," from Evanescence, Enja, 1994, a nearly programmatic composition that foreshadowed what would come after. An abbreviated story of the dissolution of swing, with her band members elastically playing with the limits of what is jazz, multifaceted baritone saxophonist Scott Robinson was outstanding, recalling the great Serge Chaloff. Tenor saxophonist Rich Perry also made a good point, when the issue was whether or not Schneider could give her collaborators the necessary freedom, providing such moments in Duke Ellington's "Diminuendo and Crescendo in Blue" or Grant Green's "Idle Moments." Here, the magic came from the spontaneous, not from what was written—from the instinct to sense prodigy forged without notice.

Maria Schneider's music was otherwordly. She used her jazz orchestra to build a personal outlook on the world, whether it was Gil Evans or Maurice Ravel in the shadow, since the goal was the flight, not the means. The journey reached Rio de Janeiro, attacking romance with "Choro Dançado," from Concert in the Garden (ArtistShare, 2004), and the new, as-yet-unreleased "Lembrança," which looked back at Schneider's Brazilian experiences vwith Paulo Moura. The two artists share the conviction that it's the music that helps you live and get by which really matters. Gary Versace's accordion solos (soon to appear in Barcelona, on piano, with singer Madeleine Peyroux) were essential components to Schneider's orchestra. 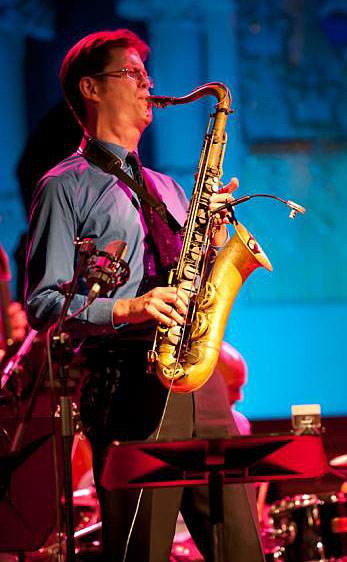 With the festival supporting a revision of Schneider's repertoire, it was time for "Gumba Blue," an orthodox return to jazz roots, to the genre's earthly cradle, also found in Evanescence. The occasion gave way to a magnificent display by trombonists Ryan Keberle and Bart van Lier, each faithful to their own style yet both festive, as the music demanded. The surprising "Thompson Fields" came halfway through the show, unreleased theme for the evening, making it clear that beauty can be around the most unexpected corner. The piece stemmed from Schneider's American sources, but headed towards the realms of eeriness, of ethereal territories, of vast terrains and blinding light. Her childhood memories in Minnesota brought the piece close to singer/songwriter Joni Mitchell's Travelogue (Nonesuch, 2002), broadening the connection to Charlie Haden's Beyond the Missouri Sky (Verve, 1997), with guitarist Pat Metheny, paired with the bassist's American Dreams (Gitanes, 2002). There was even the elongated and melancholic shadow that singer/songwriter Randy Newman stamped on his soundtrack to the 1984 film, The Natural.

As for the soloists, it was a given that Ben Monder would be grand, but his performance will undoubtedly become a part of the festival's history. It only lasted for a few minutes, but it was clear what Maria Schneider meant to tell through him. Likewise, Frank Kimbrough knew how to interpret the composer's intentions brilliantly.

Opening an official jazz festival with such quality is somewhat risky, but there are advantages too, like keeping expectations high or setting imagination (and the sponsors' investment) as the only limit. Saxophonist Donny McCaslin, who made excellence a more humble value than a pair of old slippers, opened up and put the accents on "Hang Gliding," from Allegresse (Enja/Justin Time, 2000). 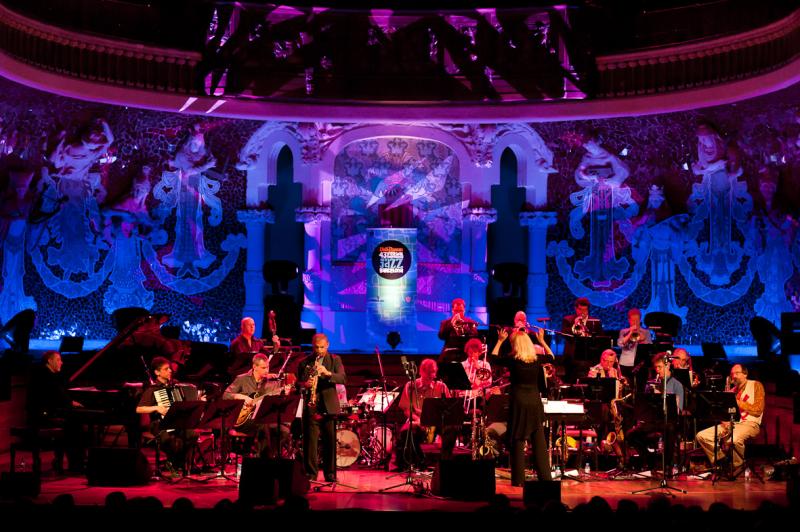 The concert came to an end, with the encore—the title track to Sky Blue (ArtistShare, 2007)—featuring soprano saxophonist Steve Wilson's display, and the musical echoes of Alan Menken, closing a show in which there was no doubt that a declaration of intent, where life itself was the biggest bet, was being made.

Can a performance become a moral issue? The answer is yes if it is understood that, thanks to music, good prevails over evil. Maybe it's time to consider whether programming music as powerful as that of Maria Schneider and her orchestra can be crucial for the destiny of mankind. Two hours are enough to confirm the theory of chaos; the flight of a butterfly can trigger hurricanes. And the award- winning bandleader likes flying, recreating, with soundscapes, the geographic landscapes to turn them into vital experiences, whether in Minnesota, Rio or Barcelona.

While it was clear that she could fly with her music, what could never be imagined was that Schneider could dance, too. Schneider's gestures onstage were pure choreography, as her musicians well know, reacting to her slightest movement. Indeed, a photograph of ballerina Sylvie Guillem is placed prominently in her office.

From now on, legend will have it that an angel danced at the Palau, moved her wings, and somewhere some terrorists put down their weapons and a dictator found his end in the same fateful way as those had suffered his despotic rule. That Maria Schneider governs her orchestra is undeniable, and it is her way to command what brings about such great results. It is not only a music lesson but a way of life. What a lucky night that was.