Marcus Shelby, a bandleader who's not known for thinking small, has recorded his most ambitious work to date: a colorful and wide-ranging oratorio for jazz orchestra and vocal ensemble centered around the remarkable life of Harriet Tubman who rose from slavery to become one of the guiding forces behind the Underground Railroad in the years before the Civil War and would later risk her life to serve as nurse, scout and spy for the Union during that long and bloody conflict.

Using Kate Clifford Larson's book Harriet Tubman: Bound for the Promised Land as the inspiration for his music, Shelby found the perfect "Harriet Tubman" in the evocative voice of Faye Carol who invests every phrase with heartfelt awareness and emotion. The two-CD set is divided into as many "acts," the first depicting Tubman's early life and escape from bondage, the second her extraordinary leadership as an anti-slavery advocate and heroic roles as a member of the Union Army and outspoken champion of voting rights for women and blacks.

Music, Shelby writes, was an indispensable part of Tubman's life (she even used it in coded messages to aid runaway slaves), and he uses a wide range of musical designs and styles to exemplify her story and the era in which she lived. It's not all vocal; Shelby's splendid 15-piece orchestra plays a key role in every movement, and Shelby is careful to leave ample room for improvisation. Carol is one of four singers; the others are Kenny Washington, Jeannine Anderson and Joseph Mace, each of whom adds substantial weight to the discourse. One or more of the singers is heard on seven of the eleven "episodes" that comprise the oratorio.

This is music with an explicit message, and its endorsement rests in part on one's admiration for what Shelby and his colleagues have to say. Reinforcing Shelby's theme, however, is an abundance of exemplary big-band jazz, more than enough to elicit one's approval and assure his / her satisfaction. 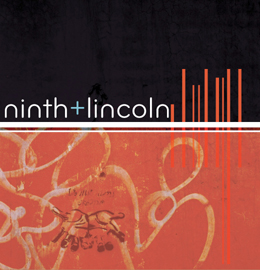 
9th+Lincoln is a forward-leaning seventeen-piece big band from Denver, CO, led by Tyler Gilmore who wrote five of the nine selections on the ensemble's unnamed debut album and co-wrote the brief "Interlude 1" with guitarist Dave Devine. While the band's makeup is fairly orthodox (five saxophones, four trumpets, four trombones and rhythm including vibes and guitar but no piano), Gilmore's charts—and those by saxophonist Wil Swindler ("Music for Prose," "Interlude 2," rock star Bjork's "Aeroplane")—are clearly on the cutting edge, basically ensemble pieces that are sometimes dark and brooding with occasional flashes of fire and brimstone.

That's not an appraisal, merely an observation, and a cue that 9th+Lincoln's music may not suit everyone's taste, as it does command one's undivided attention. Gilmore lists among his compositional mentors John Hollenbeck, Maria Schneider, Mike Holober, Alf Clausen, Cuong Vu and Paul Chihara, a roster that should help listeners ascertain what to expect. Yes, the music can be dissonant at times, and there are brief passages that may test one's resolve, but others that are quite lovely and charming. This is especially true at the midpoint, Swindler's "Music for Prose" and Gilmore's "The Wasp," the first featuring Swindler's alto, tenor Dominic Lalli and trumpeter Kevin Whalen, the second tenor Peter Sommer.

The ensemble doesn't really cut loose and swing with abandon until the final track, Gilmore's "Sketching Restraint," a nimble showcase for trumpet ace Brad Goode who's now at the University of Colorado after stops in Chicago and Cincinnati. Goode is heard again with Devine on Gilmore's "Your Cent." Devine and Lalli are the soloists on "Giving Full Account," Whalen and Swindler on "Aeroplane," Devine and Sommer on "And You'll . . ." The "interludes" are strange but mercifully brief with "special effects" by Devine and vibraphonist Greg Harris.

For modernists and others with open minds, an ample banquet of well-cooked musical cuisine. Those who admire the composer / arrangers listed above should find it very much to their liking.


The first part of this CD by composer / arranger Georg Riedel and the Swedish Radio Jazz Group was recorded in 1967-68, the second ("Wolfgang on My Mind") in 1991. Besides Wolfgang, there are two other suites, or tone poems, "Arstiderna" (The Seasons) from 1967, and the three-movement "Johan Petter," recorded the following year.

Even forty years ago, Riedel (who at that time was still playing bass, and does so on the earlier tracks) had a clear vision of what he wanted to write, which was expansive music with classical overtones and a Scandinavian flavor that also swung. Thankfully, he had in the SRJG a number of like-minded musicians who have distinguished themselves in Swedish jazz circles for a number of years including trumpeter Jan Allan, alto saxophonist Arne Domnerus, tenor Lennart Aberg, flutist Claes Rosendahl, guitarist Rune Gustafsson, pianist Jan Johansson and drummer Egil Johansen, each of whom is given room to stretch on the earlier selections.

In 1991, when the five-part suite inspired by Mozart was recorded, much of the SRJG's personnel was new—except for Allan and Aberg, who, remarkably, were still on the scene and playing as smartly as ever on "Wolfgang" whose movements are denoted by the classical terms "Andante Sostenuto," "Andante," "Menuetto," "Andante con Moto" and "Presto." To them, Riedel has appended the following notes: "Andante" (but not walking), "Menuetto" (but not in 3/4 time). The other soloists on "Wolfgang" are alto saxophonist Johan Alenius, trombonist Nils Landgren, pianist Bobo Stenson, drummer Anders Kjellberg and percussionist Bengt Stark.

With hybrids all the rage these days, Riedel was arguably ahead of his time, composing music that is part Jazz, part classical, thus taking a page from the book of Gil Evans and others who have chosen that trendsetting path. If there is a complaint to be made, it is that there is not quite enough of either—that is to say, the Jazz is tempered by its classical elements, and vice versa. On the other hand, the SRJG is an excellent "small big band," so there's never a question of merit. The verdict must then rest, as it usually does, on one's personal musical taste.


A Joyful Noise is the sixth album produced by Virginia Commonwealth University's Jazz Studies department, the second under director Antonio Garcia, and the first recorded entirely in concert. As on its previous release, the VCU Faculty Jazz Septet is showcased on two selections, the undergrad Small Jazz Ensemble (sextet) on one, Jazz Orchestra 1 on the remaining seven. To enliven the bill of fare, there are splendid turns by renowned trombonist Wycliffe Gordon ("Green Onions," "Beyond All Limits"), world-class saxophonist and VCU alum Steve Wilson (soprano on his ebullient "Joyful Noise," alto on "Limits") and faculty member Rex Richardson (trumpet on "Limits" and "The Core," flugelhorn on Rahsaan Roland Kirk's "Bright Moments"). While each of them is superb, Gordon's extended a cappella solo on "Onions," using every aspect of the trombone's range and color, is especially impressive.

As one of Garcia's motives is to prepare his apprentices for any musical challenges they may encounter, the large ensemble faces down and vanquishes charts by composers as disparate as Sammy Nestico ("Ya Gotta Try") and Charles Mingus ("Don't Be Afraid, the Clown's Afraid, Too"), Woody Shaw ("Limits") and Oliver Nelson ("Black, Brown & Beautiful," on which alto saxophonist Jon Gibson is featured). Garcia arranged Ray Santos' Latin powerhouse, "Sunny Ray," and lends his trombone to the Faculty Septet on "Bright Moments" and Freddie Hubbard's "Core," soloing on the latter. Richardson and tenor Skip Gailes are outstanding on the lyrical "Moments," while Victor Dvoskin's unaccompanied bass introduces the boppish "Core."

Seven numbers were recorded at the Midwest Band Clinic in December 2007, the others at VCU's Sonia Vlahcevic Concert Hall whose acoustics are far more agreeable than on the ensemble's previous CD, It Could Happen to You. As we asserted then, Garcia and the VCU Jazz Orchestra are definitely on the right track. The ensemble is admirable, the soloists respectable, the smaller groups tight and focused. A sparkling session by a first-class undergraduate orchestra and guests. 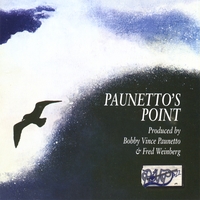 
Multi-talented Bobby Vince Paunetto travels south of the border to serve up some easygoing Latin Jazz on Paunetto's Point, a follow-up to his well-received album Reconstituted. Paunetto's rhythm-heavy thirteen-piece band is augmented on several tracks by a string quartet, which to these ears, at least, is superfluous. As on his previous album, Paunetto has written and arranged the lion's share of the songs (five of eight), with one each by Martin Smith, saxophonist Todd Anderson and trombonist Ed Byrne. Unlike that earlier enterprise, however, Paunetto also plays piano and vibes, soloing smartly on Byrne's "Fenway Funk" and Martin's "Osiris."

Even in a Latin groove, the rhythms are for the most part gentle—one might even say subtle—as compared to, say, Tito Puente, Machito, Poncho Sanchez, Chico O'Farrill or other Latin icons. Solos are in a similar vein, with Byrne, Anderson, trumpeter Tom Harrell, soprano Billy Drewes, baritone Ronnie Cuber and bassist Andy Gonzalez sharing the honors. As there are no liner notes to speak of, one assumes that William Joseph Paunetto, whose infant photo appears next to the opening number, "Brother Will," is Paunetto's brother who did not survive childhood. Anderson's tenor is showcased on the second selection, Paunetto's "A Hybrid Situation," Harrell's trumpet on "In Time's Time." Paunetto also wrote and arranged "Paunetto's Point 2" (solos by Drewes, Cuber and Jerry Gonzalez on quinto) and the flavorful finale, "Heavy on the Bacon," which casually fades away in the midst of Anderson's sizzling tenor solo.

This is Latin jazz for those who'd rather not be blown away by earsplitting brass bombardments or set on edge by unforeseen rhythmic outbursts. It's largely smooth and trouble-free, well-written and exceedingly well-played by Paunetto and his colleagues. In other words, this is music that is as smooth and unflappable as it is handsome and rewarding.


Lift Off, says Swedish composer / arranger / saxophonist Klas Lindquist, sprang from an idea he had of "writing music with nine specific musicians in mind." Considering the result, one must concede that it was a great idea, as this is one dynamic and swinging album in the straight-ahead tradition endorsed by such Jazz masters as Gerry Mulligan, Marty Paich, Ernie Wilkins, Slide Hampton and Rob McConnell, among others.

Not only is Lindquist a gifted writer, those friends of his—who together comprise his nonet—are similarly impressive, working flawlessly as a unit and soloing with ardor and intelligence. Lindquist is a paragon in that area as well, whether on soprano sax ("Waltz Now"), clarinet ("Sweet Like You") or alto sax ("Warm," "Buffy"). "Warm" is the midsection of Lindquist's three-part Suite for Nonet, the other movements of which are "Coolin'" (solos by pianist Petter Carlsson, trumpeter Nils Janson, drummer Daniel Fredriksson) and "Hot" (featuring baritone Fredrik Lindborg, tenor Robert Nordmark and trumpeter Karl Olandersson). Trombonist Magnus Wiklund solos with Lindquist on "Warm," while Nordmark's agile tenor is highlighted on "All Systems Go." The opening "Simsalabim," based on a three-note motif, embodies persuasive solos by Lindborg and Olandersson.

Technically speaking, this isn't a big band, but odds are the average listener won't even notice or care about that. These are nine first-class musicians speaking as one, which generally makes for a pleasant and provocative listening experience. While the names may be new, the music is firmly anchored in the time-honored Jazz mainstream.

Wolfgang on My Mind