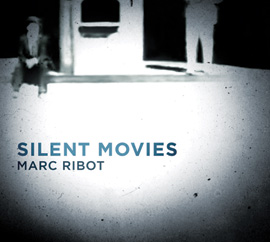 Amidst all the guitar heroes, face-melters and shred lords, Marc Ribot has risen to prominence as one of the more distinctive players. Well-versed in punk, New Orleans, soul-jazz, metal, down-home roots music, the avant-garde and just about everything else in the musical kitchen sink, Ribot taps into a brash mix of energy and humor that allows him to toy lovingly with tradition and genre. From beautifully faux Cuban music to unabashedly dissonant punk-jazz, Ribot always plays with an edge, which sometimes seems to push listeners away.

The irony, of course, is that Ribot has more listenable, "mainstream" chops than most mainstreamers. He has played guitar for such albums as the Grammy-winning Robert Plant and Allison Krauss collaboration Raising Sand (Rounder, 2007), pianist Allen Toussaint's New Orleans tribute Bright Mississippi (Nonesuch, 2009), as well as leading the band for pianists Leon Russell and Elton John's all-star Speaking Clock Revue concerts in 2010.

Yet perhaps Ribot's most beautiful playing can be found on soundtracks and film scores. On many of composer John Zorn's ongoing Filmworks, for instance, his razor-like solos and sultry touch bring the melodies to life. His work has also been featured on integral soundtracks to films such as the Johnny Cash biopic Walk the Line (2005) and Martin Scorsese's The Departed (2006). In January 2010, as part of the New York Guitar Festival, Ribot accompanied Chaplin's famous 1921 silent film The Kid with a set of solo guitar. Out of this sprang the idea for a collection of film themes both real and imaginary—songs that Ribot had found himself playing before over favorite films, as well as ones that he had composed for actual use in motion pictures. Played on solo guitar, the result is one of the more touching and haunting albums of 2010.

Silent Movies is a collection of bittersweet melodies soulfully interpreted, not with flash or excess, but with a raw, lyrical cry that few instrumentalists have the guts to embrace today. While it lacks the diversity of song choice found on the Ribot's earlier solo album, Saints (Atlantic, 2001), the result is a more cohesive and controlled statement. Virtually no overdubbing was done on the album, save for some stage-setting sound effects and a touch of vibraphone added to "The Kid," and this makes Ribot's technique all the more impressive. "Natalia in Eb Minor" features some sharp feedback cries, but there is little else in the way of electronics. Much of the album is acoustic, rich with the sounds of sighs from strings and creaking from the fret board. Space and soft dynamics dominate. It presents the same spontaneous set of pure music from a live set, whether in concert or for film.

At times, Ribot might be playing to a landscape stripped entirely of humanity. The music is sparse, echoing, lonely—an effect heightened by sound effects provided at certain moments by Keefus Ciancia. On "Empty," notes reverberate out timelessly until they disappear in the silence of the speakers. At other points, the guitar seems to be desperately trying to wring something sweet out of stark reality, as on the deeply affecting "Bateau," with its beautifully keening melody losing itself in frenetic, ascending madness, before returning to its trancelike, swaying head. "Delancey Waltz" rings with heavy downbeats, like drunken feet stumbling out a dance, and accompanied with notes of tender dissonance. And "Fat Man Blues" is a toe-tapping piece of darkly chugging, gator country-roots.

The impetus for all this, Ribot's theme to Chaplin's "The Kid," does not stand out as the most affecting melody here. Yet it's hard to imagine the album being complete without it. There's a touch of a lullaby in its sweet, repeating theme, augmented by near invisible touches of vibes. Like the chime of a persistent old clock, it has a brightness and an optimism that provides a near-perfect release for the tension built in the other songs.

Finally, anyone who has heard Ribot play solo guitar live has likely heard how devastating his interpretation of standards can be. He shows it here with his interpretation of "Sous Le Ciel De Paris"—famously associated with singer Edith Piaf, and the only piece on the album that he did not compose. Taken at a near dirge tempo, it's fragmented and very soft. Reveling in imperfections, its twang preserves a stately lyricism as the songs swells to a moment of unusual, colorful strings before ebbing back like a faded memory.

The power of music rooted in some absent visual reality is that it provides a special license for the imagination to run wild over every pull of strings. This is an album that, despite its pared-down nature, demands careful attention—ideally on the best sound system available. The range of expression that Ribot wrings out of his instrument, and the delicacy with which he employs it, make this one of his most beautiful works to date. And over repeated listens, new pieces reveal themselves in different ways. Like much great film music, the songs have the ability to lead the imagination down fresh paths unanticipated by either director or musician. This in turn makes Silent Movies a deeply personal album—it's music pared down to the point that what it leaves is a framework for the listener to hear himself or herself within it.