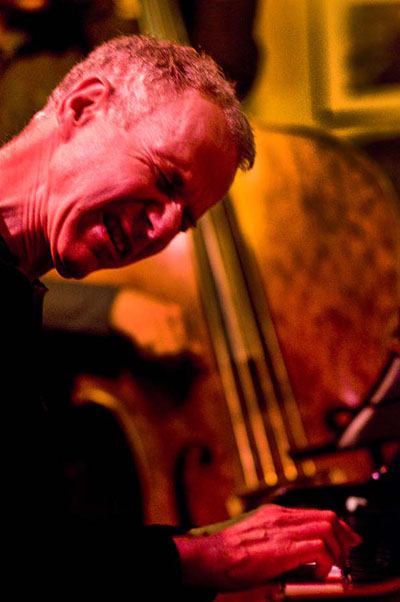 Running a jazz club in a town where the scene is, in relative terms, marginal at best is a constantly risky proposition, but over the past several years Alex Demianenko's Café Paradiso has become an institution in Ottawa, where fine dining meets jazz on a local, national and international level. On Saturday, February 27, Demianbenko hosted a trio that was supposed to be a quartet, and originally headlined by the bassist, but ultimately cashing in on the cachet of its pianist. No matter how you slice it, New York pianist Marc Copland, and Montrealers Adrian Vedady (bass) and John Fraboni (drums) put on a memorable show high on subtlety and nuance, but with no shortage of challenges.

Paradiso's design is inherently problematic, a room that seats approximately 75 people but divided down the middle by a wall that blocks half the patrons from seeing the stage. Still, that's not necessarily a deterrent, as was proven back in 2008, when veteran saxophonist Dave Liebman brought his quartet to the club for one of the most incendiary performances this city has seen in recent years. But for Copland—a player with a touch so light that it sometimes seems like a whisper, and for whom the piano's pedals and harmonics are fundamental to how he's evolved a most personal sound—the club's division became a liability. The half of the audience without a direct sight line to the stage spent the majority of the first set talking so loudly that it was often difficult to hear the trio over the din, even when seated directly in front of the stage, prompting Copland to simply say, at the end of the first set, "For those of you who are listening, we appreciate it."

The noise had to make it nearly impossible for Copland to concentrate, forcing him to play a little harder than usual. It also pushed both Vedady and Fraboni towards a far busier approach that was less inclusive of the space so prevalent in Copland's music. In a set that mixed originals and standards, including a bright but still dark-hued reading of Miles Davis' enduring "So What," everything was truly lost to the audience noise. And it's a shame, as Copland's ability to draw an audience in with the softest ballad has long been a touchstone. But not in Ottawa, not this evening...at least, not this set.

Fortunately, a combination of raising the level of the sound system, and a polite but forceful request from the affable Copland—asking those who wanted the audience members who were making so much noise to yell "Yes" to ask them to quiet down so the trio could make some music—paid big dividends for the second set, and those who stuck around finally got to hear what makes Copland so special. The room was so quiet, in fact, that the opening number lasted nearly half an hour, with a closing vamp that seemed to go on forever but in the best possible way, as the three musicians were finally given the opportunity to connect on a deeper level and explore wherever their muse took them.

Fraboni and Vedady are both busy players on the Montreal scene; nor are they strangers to Ottawa, Fraboni having performed with local bassist John Geggie and New York guitarist Vic Juris in a 2009 show that attendees are still talking about. Here, in Copland's more rarefied setting, the drummer proved capable of equal finesse when finally given the chance. Vedady was a direct player who swung hard when the situation demanded, and was equally capable of theme-based soloing; his first feature—the first solo in the second set's first tune—a beautiful combination of rhythmic drive and intended lyricism. 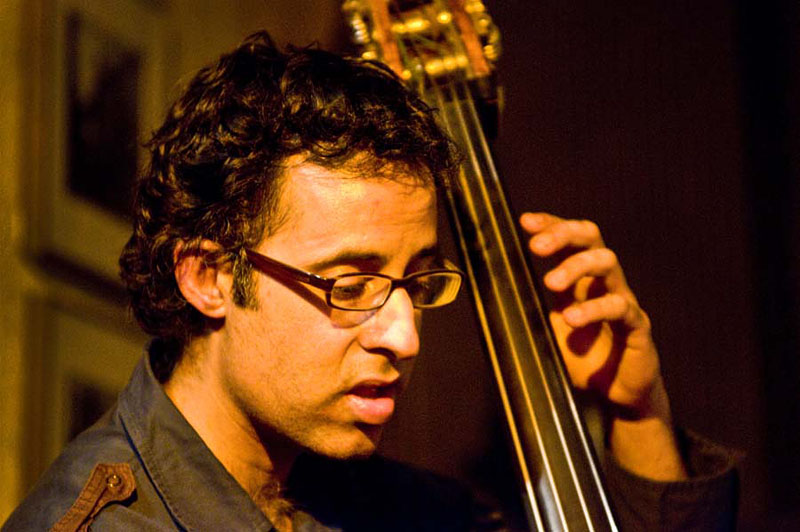 For a trio that came together only this past week—playing dates in Montreal and Quebec City before hitting Ottawa—the interaction was surprisingly strong, albeit not on as deep a level as when Copland is with some of his usual suspects, including John Abercrombie, Drew Gress and Billy Hart on Another Place (Pirouet, 2008), or Gress and Bill Stewart on New York Trio Recordings Vol. 3: Night Whispers (Pirouet, 2009). Still, when Copland was afforded the quiet and respect he deserved, he not only demonstrated the kind of harmonically oblique yet unerringly attractive harmonies that define his distinctive voice, but in a live context with a young and hungry rhythm section, some overt displays of the virtuosity that's a prerequisite for what he does, but is rarely on such vivid display. Not that Copland wasn't as reverent to the demands of the music as ever, but with some of his unexpectedly powerful motivic development, he has rarely sounded this hot in the studio.

Copland's last visit to Canada was in 2006, when he played a sublime two-night solo run at Montreal's Upstairs Club. It was great to finally get the opportunity to hear him in a trio setting. And, when the audience at Café Paradiso finally quieted down and gave Copland, Vedady and Fraboni the attention they were capable of commanding, their Ottawa performance dovetailed beautifully with the unseasonably temperate Ottawa weather to create a memorable evening of soft warmth, subtle elegance—and, occasionally, even simmering heat.