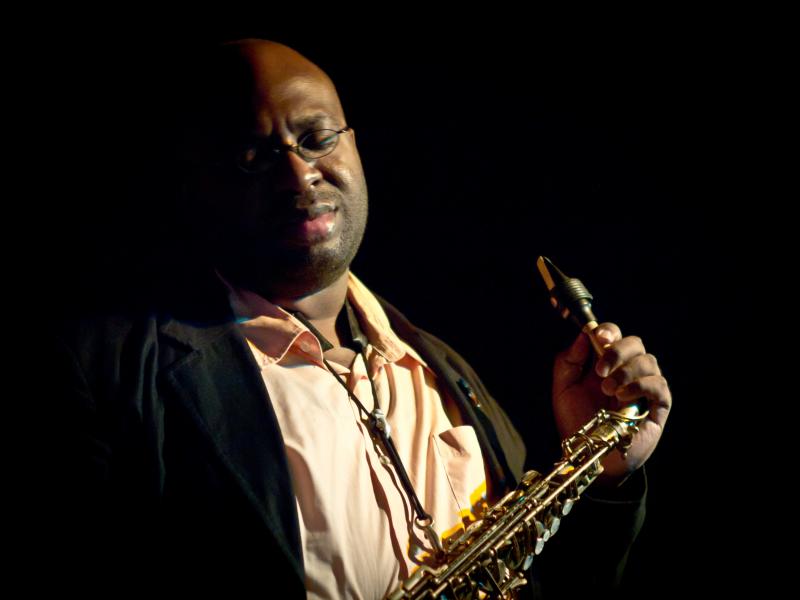 By SETON HAWKINS
August 14, 2013
Sign in to view read count
To even the casual observer, Brooklyn has incubated an extraordinary new generation of talented jazz artists. While the Borough is certainly renowned for a vibrant jazz community, and indeed has been since the mid-twentieth century, this latest cohort of artists is nevertheless worthy of a particular spotlight, not only for being a gathering of tremendous performers and composers, but also in many cases for emerging as entrepreneurs who have successfully challenged the difficult economics of jazz with creative solutions.

To help shed some light on Brooklyn's creative community, three exceptional Brooklyn- based artists—pianist Mara Rosenbloom, saxophonist Darius Jones, and trombonist Brian Drye—sat down to chat about their individual projects, their mentors and collaborators, and their deeply felt Borough pride.

All About jazz: Can you talk about your musical upbringing, and your respective decisions to relocate to Brooklyn?

Brian Drye: I moved to New York 15 years ago, and right away was constantly going to Brooklyn to play music, so it really was a no-brainer to move there. There were so many musicians here that I wanted to play with, so it just made sense to be in Brooklyn, rather than Manhattan.

Originally, I'm from Rhode Island, and my dad's a jazz saxophonist who taught at the Berklee College of Music. I had a lot of jazz in my upbringing and I went to the University of Miami to follow that passion, which in turn led me pretty much directly to New York. I realized that the music I wanted to play was in New York and I just fell in love with the city and knew I needed to stay here. I then slowly immigrated to Brooklyn, which led to all the other work I do here, like IBeam [a multi-arts performance, rehearsal, and education space in Brooklyn founded by Drye in 2008] and my teaching work.

Darius Jones: I grew up in Virginia, and went to college in Richmond. A lot of my friends moved to New York—not necessarily to Brooklyn—and I was listening to the music that was coming out of the city. What happened to me was that I began to take a few lessons from guys who lived in Brooklyn, like Andrew D'Angelo and Bill McHenry, and I remember the first time I took a lesson with Bill. It was the first time I took the subway to Brooklyn and when I got off the subway I was like "Oh, I can do this! I can live here." And again, a lot of the people I really liked—Steve Coleman, Jim Black, Chris Speed—all lived in Brooklyn. There are a bunch of cats here, even Branford Marsalis lived here for a while, so for me it was totally musical and it was affordable, as least when I first moved here!

Mara Rosenbloom: I'm originally from Madison, Wisconsin, and I came to NYU for college. That was a semi-spontaneous decision: I didn't know too much about New York at the time, though I had heard some of the new music coming out of the city. My dad was a big jazz fan and brought back some of the music he heard when he'd visit here.

So I knew the music was here, and when I arrived and started seeing bands, I thought, "Oh wow, this is it!" I started hearing things that I had never experienced in music before. Initially, I was in Manhattan for two years, and was unsure if it was the place for me, given the cost and the stressful, fast-paced feeling. So I moved to Brooklyn, first and foremost, because it was more affordable. In fact, I had a similar experience to Darius, as when I got off the train I realized that this was a place I could stay in for a while.

To me, Brooklyn feels almost like an in-between place of Manhattan and where I grew up. It's a little quieter, a little more livable.

AAJ: Can you talk about some of your mentors in music as you were developing your styles?

DJ: It's hard in this music for these mentorships to not occur, given the nature of this music and how it was passed down from musician to musician. For me, my purpose in moving to New York and ultimately Brooklyn was really about getting better and becoming a better artist. I don't even look at it as "career"; it's more of a lifestyle for me. I think when I was making the decision to come to New York, it was solely to have the experiences of sitting right in front of artists like David S. Ware and being able to speak with him and learn from him. Same thing with Oliver Lake, those opportunities to chat with these artists were what I came to New York to get. Whether they were brief or lengthy, it didn't matter, and I feel very fortunate to have met and even played with these artists that I admire so much. 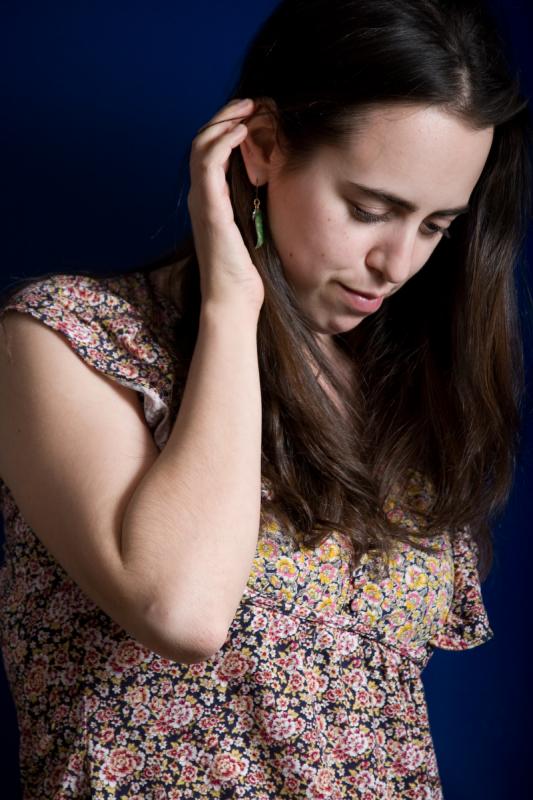 The same is true with Bill and Andrew. Andrew even brought me to New York to perform, twice! One time was this duo I had with Marty McCavitt to play for a party Andrew was putting on, and another time Andrew had Marty and me play with him and Jim Black. And this was before I even moved to New York, so Andrew was so instrumental in my being able to come to New York. He himself came down to Richmond, one time with Tyft and another time solo.

I think that's one of the beautiful things about being here and being a part of this community of musicians. We have some sort of strange understanding that we're all in this to figure things out, and whatever you can show me, I'll be grateful for it.

MR: Something that I've come to realize for myself, particularly in the past two years, is how important the community is. That's something that I've really begun to feel strongly in Brooklyn. I've been making an effort to reach out to both young musicians and to elders and mentors, and to connect what I do to the history of the music and its lineage.

Connie Crothers and Cooper-Moore are both musicians I would have never met if I wasn't here, and they've been hugely important to me. Angelica Sanchez and Gil Goldstein—who I studied with in school and now lives just a couple blocks from me—were also mentors. They were so willing to share what they had figured out and they helped me to see that we're all a part of this, trying to grow and build.

BD: I didn't necessarily come here to study with anybody specifically, and I didn't have people here that I was moving to play with. Honestly, I didn't have a concept of that, and now I wish I did, after hearing people speak about their heroes! I did do it by accident though, because just like Darius said, I was committed to getting better, and this is the place where you can do that. You either get better, or you won't go forward. Here, it helps because you're constantly around other artists who want to get better too, and for me, it was mostly about playing with these artists and learning from one another. I learned so much in sessions with people, just playing all the time, often not even at the gigs. In fact, I was here in New York for five years before I even had a serious gig here!

Needless to say, it was a slow process: I was 22 when I moved here, and it was a while before I was able to get a gig playing creative music, which is what I'm drawn to. It's the music I love, but if I didn't have the community of musicians with me who love and perform it too, I'd struggle to do it and I wouldn't have been able to take it as far as I have now. And that's the inspiring thing about Brooklyn: just walking down the street I can run into so many great artists and just grab a coffee with them and learn what they're up to.

MR: I completely agree about the idea of being around these artists to get better. But also I think there's a further element, an almost spiritual piece. It really feels like we're on a path through this music that goes beyond simply sounding good. There's an intangible feeling that I began to notice when I heard live music here, and I've continued to feel that.

AAJ: All of you have referenced this sense of community and collaboration within the creative community here. Would you consider there to be a self-identified "Brooklyn Scene" or school of thought? If so, is there more than one? If not, is this more of an informal situation defined by the proximity?

BD: I don't subscribe to the idea that there is one scene; rather, I think there are millions of scenes. There's a creative energy to the music, for sure, but I think the word "scene" gets tossed around in a strange way. For instance, Darius and I, we don't play too much together, right?

BD: But at the same time, we kind of have, too, right?

BD: We talk about music all the time, talk about what we're up to, and we run into each other all the time. We play with a lot of the same people, so even if we haven't played as much together, we're still part of the same community through these connections. That certainly influences the music, but what's being done is too broad to really pigeonhole. We have admiration for people who are doing interesting work, and there's a mutual respect here that might be confused with a "scene."

When I moved here, there was the "Knitting Factory Scene," and I guess that was sort of accurate, except even there the music was so broad. A scene to me feels like one specific type of art, and to me what's happening today is too creative for that. Thinking about Darius' music, I'd say he's tapping into multiple "scenes" in his music.

DJ: Yeah, the idea of scene is passé. First of all, there are so many musicians in New York, and a lot of times when these questions are asked, I think it suggests that people don't have the perspective to realize how large the music landscape is. There are still many people I'd love to play with and who'd like to play with me, and we haven't done so yet simply because one can't do everything. That's just how large it is.

So I don't think about it as a scene. When I was first figuring out what I wanted to do, I knew I wanted to be a so-called Downtown Musician, though that doesn't really exist anymore. And the reason I wanted to be that was because I wanted to play good music, something creative and collaborative. That intrigued me and that was an attractive possibility.