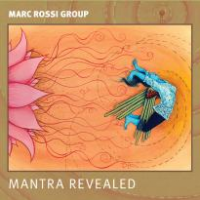 Multifaceted Boston-based keyboardist, composer Marc Rossi whets the harmonic palate with a genre-hopping brew of Indo-jazz, fusion and modern jazz. An educator at Boston's Berklee College of Music, Rossi is a staple in the region's progressive-jazz scene, spanning numerous formats and ensemble gatherings. Here, the artist plants his imaginative powers with a hip, upbeat, and tuneful array of works sans any filler tracks. Essentially, these disparate pieces teeter on that fuzzy space, where blithely memorable themes seamlessly coalesce with synchronous excursions into Eastern modalities and other offshoots.

They open up during the bridge, where the pianist dissects the primary melody with yet more block chords and spirals the pitch into a different tonal range. Indeed, he pushes the band into a polymetric opus, tinted with subtle complexities. An unanticipated surprise for 2012, Mantra Revealed invokes a thrusting spiritual presence that hovers throughout the briskly moving parts.