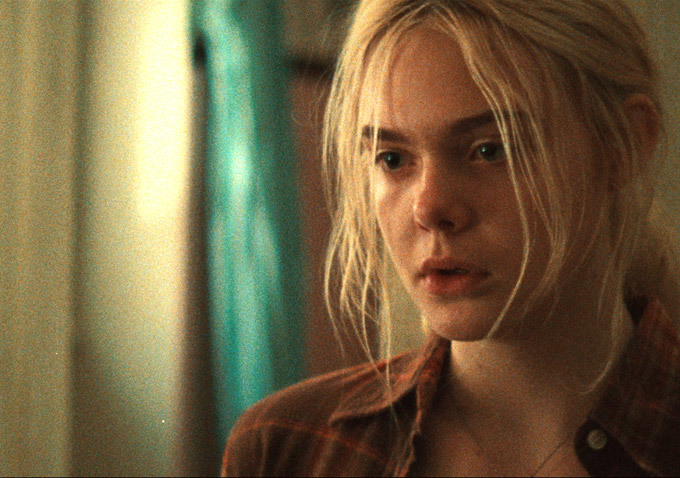 Low Down is an independent film that premiered at the Sundance Film Festival in January, 2014. It relates to the life of the late Joe Albany, a well accomplished if lesser known swing and bebop jazz pianist during the 1940s through 1980s. Albany performed with the likes of Lester Young, Charlie Parker, Miles Davis, and Charles Mingus with intermittent periods of descent into heroin addiction. Several decades later, based on the memoirs of Albany's now mature daughter, Amy, the film Low Down tells the story of Albany and his family life from her perspective beginning with puberty.

The film vividly depicts what it's like to be a daughter who is tossed about by family problems, who worships her father and at the same time pays the price of his addiction. Historically, it's a story that was repeated in diverse ways with musicians when many of them had tragic drug habits that led them to jails, institutions, and death while at the same time they intermittently produced ground-breaking and heart-stirring music. (Some, like Parker, Art Pepper, and Chet Baker among numerous others, spent time in the grungy sections and clubs of L.A., where the much of the story takes place.)

Fortunately, many, if not most jazz musicians today lead cleaner, drug-free lifestyles. When we look back, as the film compels us to do, at the human tragedies behind the early development of bebop and hard bop, the film's retrospective perspective places a somber caste around the inspired music that raised our collective consciousness and created much passion and joy in those who came to hear those musical performances. We of that generation knew what was going on, but often romanticized the addiction and chaos as part of an initiation ritual of the avant-garde. Looking back, with the help of this raw "slice of life" film, we see the way the drugs eroded lives, and, like war, took away some of our treasured heroes. This film gives an intimate look at the damage while somehow finding hope in the music and in the strength and perseverance of those involved. It's a well-deserved "Raisin in the Sun" for a white jazz musician, although the promise of redemption is reserved for the daughter rather than the male protagonist.

The film takes us through several years in the life of Joe (played by John Hawkes) and his family as seen through Amy's (Elle Fanning) eyes. We find Joe in the position of many jazz musicians of his generation, struggling to earn a living while pushing the musical envelope and having occasional successes with recordings and live gigs, then getting ripped off by agents and recording execs, and going on a self-destructive path of substance abuse. Amy loves her dad and his music, plays his records, and goes to some of his gigs. (That's how we get a taste of Albany's playing, just enough to want to hear more of it, but not enough to satisfy a real jazz fan.) Joe develops a "smack" habit while his wife Sheila (Lena Headey) becomes an alcoholic, leaves the home, and the family life begins to unravel around Amy, who spends much of her time trying to find out what's happening, adjust to all the stresses and trauma, and stitch together her fragmented life. Joe's mother, Gram (Glenn Close), gives Amy sanctuary and tries to hold things together in her own naïve way. Joe goes on a tour of Europe to get away from the law and stretch himself musically, leaving Amy abandoned. Deported from Europe on a minor drug bust, he comes back a few years later and tries to make a go of it, but his drug dealer (Mark Casimir Dyniewicz) holds the trump card, and Joe relapses. While Joe makes some half-hearted attempts at recovery, Amy seeks solace in her mother, and hunts her down, only to find her drunk in a dive bar. The mother engages Amy in a caustic and devastating drunkalogue that infuriates Amy and leaves her once again abandoned. The movie comes to this sad end, but we are left with hope for Amy, having sensed her endurance and adaptability throughout the film.

Both the strength and weakness of this film is that it tries to be a gritty drama while at the same time placing halos around Amy, the music, and even the flawed Joe Albany, whose personal sincerity rivals that of Jimmy Stewart. The halos are the inevitable result of the fact that the story is related from the perspective of a young girl whose world is somewhere between fantasy and reality. This gives the characters something of a Disney-esque superficiality, yet within that sort of portrayal, some of the actors give stunning naturalistic performances. Glenn Close's "Gram" is a real-life "rescuer and enabler" out of the case notes of a family therapist. Lena Headey's rendering of the drunken Sheila is a supremely understated but perfectly expressed portrayal of a jaded woman alcoholic. Peter Drinkage is utterly convincing as a midget feigning intellectual sophistication while living in the lower depths and acting in porn flicks. He gives us is an unflinching parody of a louche Hollywood actor that is simultaneously amusing and disturbing. He lives in an abandoned "low down" basement and plays operatic arias on an antique Victrola, educating Amy about the "higher things" in life. In the words of the ancient Greek philosopher Hermes Trismegistus, "As above, so below."

This film succeeds as a gut-wrenching human interest drama of people caught up in addiction and inner turmoil. It takes us back to a time in jazz history when many musicians teetered on the edge of obscurity and the fringes of society. The portrait of Amy and her relationship to her father Joe is memorable. It plays out the concatenation of romanticism and hell that has influenced music at least from the time of nineteenth century composer Robert Schumann's madness. However, from a jazz fan's perspective, it falls short in providing extended exposure to the music and musicians we might expect from the Joe Albany story. It's interesting to speculate whether carefully interspersed documentary footage might have enhanced or attenuated the dramatic impact. But, as it stands, we never get the "low down" on the music scene itself. On the other hand, we do get a sincere and deeply felt portrayal of human life in troubled circumstances.