By BRAD GLANDEN
November 28, 2006
Sign in to view read count 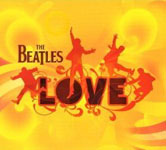 For the truly serious musician, profit often runs a distant second to artistic success. An unsympathetic view of popular musical trends is therefore understandable among such artists, especially when such a trend—be it three-chord rock 'n' roll or unauthorized sampling—makes it significantly harder for them to earn a living. Piracy poses a genuine threat, but ridiculously wealthy entertainers like Michael Jackson and the Beatles have little to worry about when their work is sampled; it's usually record label executives and attorneys who stand to lose.

Rock music is tolerated, if not embraced, by academics and professional musicians; sampling remains the subject of skepticism, despite being rooted in the time-honored practice of musical appropriation. Copyright law threatens to keep any unsanctioned sample-based recording, even an intricately crafted work like John Oswald's Plunderphonic or The Avalanches' Gimix, from surviving legal action. It's possible to assemble a masterpiece that no one is permitted to hear, owing to the bureaucratic red tape and financial impracticality of clearing samples.

Given the litigation that besieged DJ Danger Mouse's The Grey Album (2004), an inspired mash-up that envisioned Jay-Z as the fifth Beatle, it comes as little surprise that EMI issued a cease-and-desist for Clayton Counts' Sgt. Petsound's Lonely Hearts Club Band. Tellingly, the kooky collision between the Beach Boys' Pet Sounds and the Beatles' Sgt. Pepper emerged mere months before the release of Love, an EMI-approved reworking of Beatles songs by Sir George Martin and his son Giles.

Love offered the Martins a chance to cut loose in the studio, just as the Beatles had done years before. The end result should have been more than just another attempt to wedge retro-Beatlemania into everyone's holiday shopping budget.

Barring a few brilliant moments, the father-and-son duo is content with sparingly remodeled run-throughs of familiar chestnuts like "A Day in the Life" and "I Am the Walrus." It's nice to hear these songs in spiffy new mixes, especially since EMI is inexplicably stingy about remastering the band's complete oeuvre, but otherwise the subtle nuances that distinguish much of Love from its source material will inspire indifference in all but the most dyed-in-the-wool Beatles obsessives.

What ultimately renders Love a squandered opportunity is the fact that the sonic inventiveness, historical importance and overall listenability of the Beatles' recorded legacy make it perfect fodder for plunderphonia. Imagine the possibilities inherent in a radical deconstruction of the Fabs' body of work, one that resolves to find new and interesting contexts for such well-worn material.

Of course, this would result in an unmarketable product, and consequently EMI would want nothing to do with it. That's regrettable, because although Sir Paul McCartney is an unabashed populist, he has demonstrated an appreciation for the avant-garde through various experimental projects. Allegedly, McCartney suggested to the Martins that the concept behind Love could be approached with a greater spirit of adventure. In truth, it already has, but the artists who beat the Beatles to the punch are facing deletion from the back catalogue of music history.

Because; Get Back; Glass Onion; Eleanor Rigby/Julia (Transition); I Am The Walrus; I Want To Hold Your Hand; Drive My Car/The Word/What You're Doing; Gnik Nus; Something/Blue Jay Way (Transition); Being For The Benefit of Mr. Kite!/I Want You (She's So Heavy)/Helter Skelter; Help!; Blackbird/Yesterday; Strawberry Fields Forever; Within You Without You/Tomorrow Never Knows; Lucy in the Sky With Diamonds; Octopus's Garden; Lady Madonna; Here Comes The Sun/The Inner Light (Transition); Come Together/Dear Prudence/Cry Baby Cry (Transition); Revolution; Back In The U.S.S.R.; While My Guitar Gently Weeps; A Day In The Life; Hey Jude; Sgt. Pepper's Lonely Hearts Club Band (Reprise); All You Need Is Love.