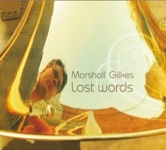 Every good musician deserves favor, and trombonist Marshall Gilkes has found his with the Maria Schneider Orchestra, the Village Vanguard Orchestra, Chico O'Farrill and Machito among others. His presence in such ensembles is easily justified by his ability to blend in as part of the band, and the fact that his technique is suited to many different grooves and styles.

In between gigs, Gilkes found enough time to write all but one of the tunes that went onto his debut recording Edenderry (Alternate Side, 2005). He goes one better on this, his second as a leader, composing all seven pieces along with an introduction to the opener: "The Crossover."

The writing reflects not only a straight-ahead vision, but also an eye for Latin and Gospel influences. His melodies cock the ear of the listener, and he proceeds to nail that interest as he develops and fills out the theme with cogent ideas. This ability is his greatest attribute.

Gilkes' facility with Latin music is showcased on "Lost Words." The bright atmosphere is unveiled by Jon Cowherd on the piano before the beat is pulled back; the slight shifts of momentum and pulse—a trait that Gilkes is fond of—make for a rather captivating exposition of the tune. While Cowherd ferments ideas through a bank of fluid runs, Gilkes is introspective, letting the melody build seductively before pulling in a martial rhythm. It's a nice one indeed.

The quintet profile their technique on "Five Nights," which moves from 5/4 to a 6/4 beat. It is a layered composition and the band builds it well enough, but the spark of creativity that sits up and strikes the listener is missing. As much as concept may be appreciated, it is the overall impact that counts, and this doesn't make much of one.

"What's Next" turns it all around. The band is in its element complementing each other, opening ideas that can be extended, and being continuously creative. Cowherd and trumpeter Michael Rodriguez define their solos well, but it is Gilkes who takes it all out with robust energy and drive.

A couple of lulls don't dampen the open road that lies ahead for Gilkes.