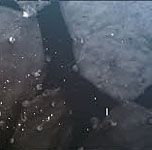 Lost Daylight has been a long time arriving. It has been much trailed, and eagerly anticipated since 2008, as indicated by its low catalogue number, at10. Now released as part of Another Timbre's piano series, alongside at24 and at25, good things are always worth waiting for—and this release proves the truth of that adage. Quite simply, it is a gem.

Although, perhaps, best-known for his long-established membership in AMM and his other improvised work, pianist John Tilbury is just as renowned for his recordings of scores by John Cage, Cornelius Cardew, Morton Feldman, Howard Skempton and Christian Wolff. Now Lost Daylight follows in that lineage. It consists of two contrasting halves, featuring five solo piano compositions by the little-recorded Fluxus minimalist Terry Jennings, followed by a forty-minute realization of Cage's Electronic Music for Piano, with Sebastian Lexer on electronics.

Tilbury, along with Cardew, championed Jennings back in the 1960s. The Jennings pieces here, which include his best-known works "Winter Trees" and "Winter Sun," are understated and repetitive, creating a tranquil, meditative mood. The silences between the notes are as important as the notes themselves. To be heard at their best, these pieces rely on delicacy of touch and restrained pacing, both of which Tilbury supplies in abundance. Throughout he sounds totally in the moment, irresistably engaged by the music and his performance. Near-perfect, these readings of Jennings could not be improved.

The long Cage piece dominates the album and contrasts well with the Jennings. Tilbury and Lexer have collaborated for a number of years at Goldsmith College in South London, appearing together at the regular Interlace concert series there and developing approaches to combining piano and electronics. This version of the Cage piece does not simply add electronics to the piano. Instead, Tilbury's playing is picked up by a series of stationary and movable mikes, and transformed electronically (in a very Cage way), using a score devised from lines printed on transparencies and star maps. The recording of the performance is then further transformed and edited in a similar fashion. The end result produces a fine balance between piano and electronics, in terms of playing time and emphasis. It is restrained and full of space, feeling like a co-operative enterprise not a struggle or a battle. Against expectations, the most dramatic episodes come from the piano, with the electronics being relatively subdued. The whole is easy to listen to and reveals new facets with each hearing.

Its release date meant Lost Daylight missed the "best of the noughties" lists, but it is sure to be on similar lists come 2019. A future classic.