Losen Records in for a strong 2019

By FRIEDRICH KUNZMANN
April 4, 2019
Sign in to view read count

After ending 2018 on a high note with Nypan’s elegant session on Big City, these four 2019 records prove to be equally as compelling.

There's a new stirring in Norway's current jazz scene. At the center of this new orbit lies Losen Records, a label established in 2010 by Odd Gjelsnes—the man who's also in charge of the 1997 founded jazz and classical music distribution company MusikkLosen . Contrary to the cinematically and atmospherically textured sound one has come to expect from today's Norwegian protagonists in jazz, Losen Records proves, that music originating from Norway doesn't necessarily have to conform to the countries picturesque landscape but it can be rough and edgy as well, evoking the vibrancy of cities, crowded streets as well as tangled minds and ultimately finding harmony in the harmonically confused. In addition, the label makes a point on exposing western audiences to the magic of modern Russian jazz. After ending 2018 on a high note with Nypan's elegant session on Big City , these four 2019 records prove to be equally as compelling: 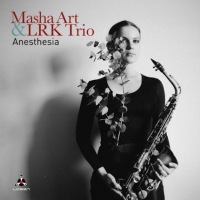 Mechanical snare stabs are drenched in drum n bass rhythms on the contrastingly highly harmonious first release for Losen Records by St. Petersburg-native Maria Artemenko, a.k.a. Masha Art. Joined by the Moscow-based LRK Trio and a few sparse contributions from Maria Kulakova on harp, the saxophonist demonstrates seven original compositions that are steeped as much in modal jazz tradition as well as Bop harmonies, while at the same time on the constant search for more modern angles. Opening "Flow" is merely a small teaser of what the group has to offer but blends all the influences most evenly. Increasingly intense drum n bass rhythmicality meets a lush saxophone that spits rich melodies with a warm timbre, while bass and piano fill the room with driven groove. Songs like "8th of November" go all-modern with traces of jazz-fusion, while "Lavanda's Dream" or "Trees Speech" paint the ensemble in a more traditional light. The group excels at both! Recorded at the Mosfil Cinema Concern studio in Moscow and mastered in the south west of Sweden, Masha Art's altogether third record is a complete success. 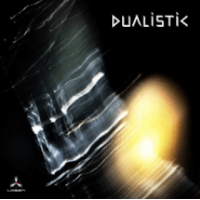 Norwegian pianist Bernt André Moen's first active musical encounters happened in the context of metal bands. Just because he later studied Jazz at the Musicians Institute in Los Angeles and Berklee College of Music in Boston, that doesn't mean he's neglected his heart for metal. With this newest trio, featuring Fredriok Sahlander on bass and Tobias Øymo Solbakk on drums , Moen combines his love for both, harder music and jazz improvisation, with a keen ear for where the two may meet. Contrary to what one might expect from the sound of that, the constant changes of rhythm, dynamics and mood have an uplifting and exciting effect and refrain from dwelling in all too dark places. Not an easy listen, but a fun one! 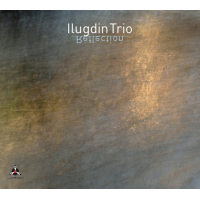 Dmitry Ilugdin surely knows his way around the piano. The Russian pianist was still at Gnessins Russian Academy of music in the 90s, when he joined the pioneering Russian jazz-fusion group Arsenal. He is well-versed in classical piano as well as a crafty jazz key-striker and makes this fact known on the well thought out compositions of his sophomore record Reflection. Originally released on ArtBeat music in 2017, Losen Records CEO Gjelsnes decided to re-release the record on Losen Records after hearing the trio in St. Petersburg in November 2018. In a mix between motif-work that is reminiscent of classical music, right-hand improvisation and some virtuoso soloing, Ilugdin strikes up an energetic set that profits from the laid-back rhythm section, made up of Victor Shestak on bass and Petr Ivshin on drums. While the title-track recalls the striking ostinato-bound improvisation Japanese virtuoso Hiromi has become known for, the two Preludes "#4" and "#3" as well as "Nocturne" elegantly give original classical compositions a jazzy spin. Or is it the other way around? "Aura" is a light-hearted swing tune that is designed to lift the spirit and show off some right-hand bop lines. A wholesome affair! 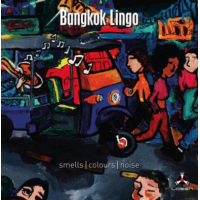 There is something so very urgent and savage about what the young Oslo-based quintet Bangkok Lingo have to say on Smells / colours / noise. The first thing one would associate with the three words that make up the title of the record are humans' most primitive nature: the senses. The group may as well have put words referring to all five (or was it six?) on the cover, for the vibrancy and groove elation emanating from the set presented here is contagious and runs through the whole body, up to the finger tips. Not the compositions or melodies per se are what make this album so invigorating, but the energy and chemistry, that the five clearly share and exchange with one another, which so rarely finds its way on to record but usually exclusively reigns live. Wild drumming joined by fierce, almost tribal percussion find a like-minded partner in the hard hitting bass, and together invite, or rather force, trumpet and saxophone to spiral out of control in a mix of melodies in unison and confident improvisation. This music sounds universal, as if it could have been recorded at any time in any place. The merciless production helps making this record sound all the more lively. Bangkok Lingo, made up of Lyder Øvreås Røed, Lauritz Skeidsvoll, Olav Imerslund, Hendrik Håland and Ivar Myrset Åsheim , have done something very special here. Hear, see, smell, feel and have a taste of it now.