Lorraine Feather: I Love You Guys

By CARL L. HAGER
October 30, 2013
Sign in to view read count
"Hearing Things" is a quintessential Feather tune with the kind of lyrics few other songwriters would write, even if they could, and fewer yet would ever have the composure to sing convincingly. A song about that emotional echo chamber in which one wants so much to simply engage with another human being—but can't quite—it lights a candle in that dark place where one is unable to easily distinguish between what is plausible and what is possible, what is imagined or what is desired. The emotional miasm is an uncomfortable place, but as the song ends, it turns a completely unexpected corner as Feather's voice is overdubbed in an eerie, Felliniesque chorus that hovers and floats instead of fading, until it ends neatly and logically, like an exhalation. It is musical terra incognita, and similar to other compositions on this recording like "A Little Like This" or "The Veil," Feather's lyrics seem to have gone deeper and become more emotionally complex than ever before.

I asked Arkin, whose long collaboration with Feather has seen many changes of direction, if the experience of writing with her has changed.

"As with any close relationship, be it a spouse, friend or collaborator, we all hold out a fervent hope that as our hierarchy of needs change, we can all grow and change together in some parallel way. Lorraine and I have been quite lucky in this matter. We've been writing together for close to 30 years, going back to the first major recording of one of our songs, 'Big Fun' by Barry Manilow, for his album Swing Street and the subsequent CBS television special, Big Fun On Swing Street. In those days, the music came first and then the lyrics, often [with each of us] working our part out on our own. We continued writing all through the 1980s and the beginning of the 1990s, at which time I became quite busy as a TV composer, so songwriting took a backseat for me for the next ten years.

"As Lorraine began to write her own albums featuring herself as an artist, our method of working changed. She came up with the lyrics first and we started to sit in the same room, working out these tunes together, at least until we had a substantial part of the song written. Then I would develop the arrangement more until the next time we got together. I think sitting in the same room and hashing these ideas out can only occur with two people who've worked together for many years and have established a vulnerable and trusting relationship.

"I like to think of our collaborative efforts as growing deeper with each new project. However, I've always felt that our writing over the years has been quite emotional. What I love about it, and feel is quite unique about Lorraine's lyric writing, is that it covers the whole landscape of the human condition. Besides the humor, wit, literary and poetic intelligence, Lorraine's lyrics are at the same time full of longing, yearning, comfort, acceptance, sensuality, and even fear. So I like to think of our songs as an ongoing development of our talent and skills that is hopefully growing deeper with each new project.

"As for the song 'Hearing Things,' it's written in 6/4 time but does not have a waltz feel. The rhythm, as I learned later, is a Peruvian style called a Lando. The accent is on beat 1 and 5, so it has the feel of 1234, 12. I feel the music and the lyric of this piece create a very mysterious, almost existential mood. Lorraine and I decided to have a chorale at the end of the song, where the rhythmic feel becomes more waltz-like. Notice how beautifully Lorraine's overdubs blend on the different lines in the mostly 2-part but sometimes 3-part harmony."

When asked if he saw any other differences between Feather's work on Attachments and her last recording, Tales of the Unusual, Arkin said, "I only see small differences between the two projects. Mainly from a music and lyrics standpoint, there seems to be more of a spatial aspect to Attachments. There's more instrumental 'blowing' or improvisation in this album, and I feel the compositions contain more of what I would call positive and negative space, meaning more spread out. I feel this album really breathes and the listener has more room to experience the project as a whole. Also I believe the subject matter is more universal, [something] most people can identify with."

I asked Arkin if he ever employed a device that I sometimes use myself when writing: which is, reading lines I have written out loud to myself, in order to hear the sound of the words as opposed to the meanings of those same words, in order to make adjustments when sounds or cadences could be at odds with the sentence's meaning, potentially causing confusion for the reader. In my case it would result in changing the vocabulary or grammar to suit the communication; in his case, it would mean adjusting the composition to suit Feather's lyrics.

"I do a similar thing to you, although my version is I sing the lines to myself. It seems the choices I make as I'm composing happen on a subliminal level, somewhat outside my conscious awareness and thought process. If a melody works for me, it's usually because it feels right emotionally and seems to feel in sync with the lyrics. Some songs kind of compose themselves, while others need rewriting or revisiting. Sometimes a change in a song will reveal itself after a writing session, in sort of a visceral way, kind of like having a splinter in your finger that will irritate you until you take care of it. Changes in the writing process can take place by the piano, but often come to me while I'm doing something completely unrelated, like taking a shower or driving my car. Lorraine and I discuss the lyric before I start writing the melody, so we're usually in sync as to what the meaning of the song is about."

One of the outstanding songs on Attachments is the tune "159," a quirky, rhythmically catchy song about a family sitting around their kitchen table while the drummer son lays down the groove to "The Clapping Song" with his metronome set to 159. The tune opens with bassist Michael Valerio doing some fetching Slam Stewart-style scatting along with his swinging bass melody that bumps right into the groove, which Feather says her husband Tony recorded to assist her in writing the song's lyrics. It's a tune destined to be one of those Lorraine Feather instant radio classics, so I asked Arkin how the lightning-in-a-bottle composition had evolved.

"Lorraine wrote the lyric and Tony sent the groove, which he called a 'jump swing.' With this tune, I came up with a couple of 4-bar progressions before we got together, ones that might work as a basis for building the song. When we met, Lorraine immediately picked the progression you hear in the finished tune. My idea, musically, was to pick something that was hypnotic or trance-like, that had a certain subtle smoothness and an ostinato-montuno repeated bass line. The melody came very quickly on this particular song.

"While working on '159' I happened to go to a jazz club to see pianist Mike Lang play. Mike Valerio was playing with him, and much to my surprise, he was featured singing—very well—on one of his original tunes. I told Lorraine about his excellent singing, and we both thought it would be cool to have him open '159' playing a bass solo and scatting. What I love about this track is that it grooves like crazy, and yet never gets above mezzo forte, so Lorraine [was able to] sort of glide above the track, using the lyrics much like an added percussion instrument to punctuate the rhythm."

The arranger's pallette grew rapidly on this and her previous CD, when Feather added Bisharat and his imaginative violin work. But her regular troupe are increasingly willing to try anything, as demonstrated by Valerio's scatting or Grant Geissman's magician's sense of guitar swing, or the drummers' various approaches to exactly how to "fill" a request (e.g., from Shelly Berg to Gregg Field, to "Throw another bucket of fish on" a wild section of "I Love You Guys"). I wanted to know from Arkin how the recording was influenced by writing with these personnel in mind.

"I find Lorraine's CD to be a virtual treasure chest of talent. There can be no better example of the phrase 'the whole is greater than the sum of its parts.' On my compositions, the band consisted of Russell Ferrante on piano, Grant Geissman, guitar, Charlie Bisharat, violin, Mike Valerio, bass, and Mike Shapiro on drums. It's very rare indeed to find a group of musicians so accomplished that they can play anything you put in front of them, no matter how technically sophisticated, and at the same time introduce ideas and embellishments to these charts that go far beyond the written page. Simply put, their mastery and creativity blow me away." 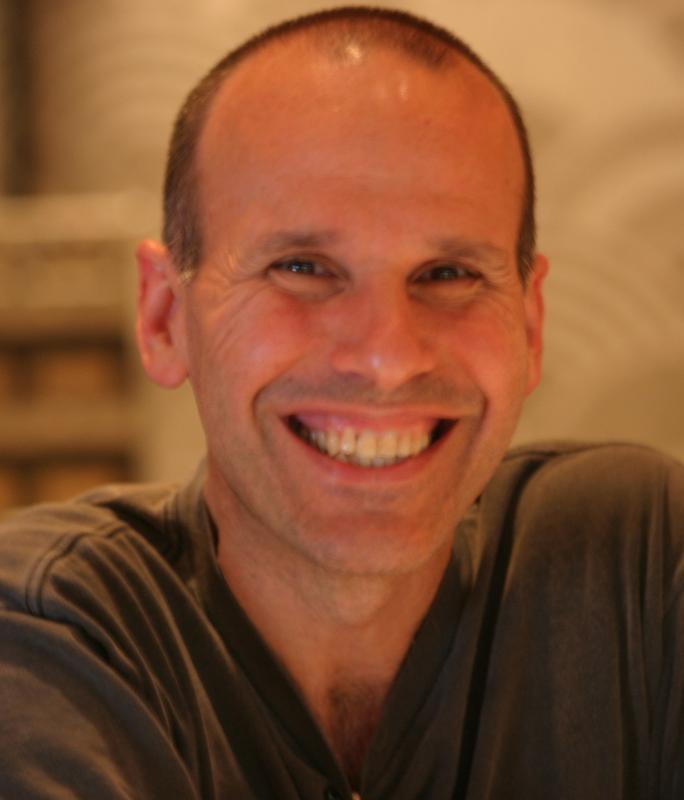 Producer, arranger and multi-keyboardist Russell Ferrante is the last remaining original member of Yellowjackets, the legendary fusion (and beyond) band formed in 1978 that, among other things, was one of the seminal 1980s aggregations to keep the flame alive along with groups like Weather Report, Chick Corea's Elektric Band and the Rippingtons, but which unlike those bands, keeps the flame alive still. The band's tastefully adventurous work is largely due to Ferrante's guidance and vision as a composer. In addition to his work with Yellowjackets, he has also written and produced records for a wide range of artists, including Al Jarreau, Bobby McFerrin, Michael Franks, Diane Reeves and Sadao Watanabe.

Of the co-writers Lorraine Feather works with, Ferrante is perhaps the most stylistically eclectic and likeliest to compose something not immediately recognizable as his. His broad mastery of harmony and orchestrational theory result in a fountain of compositional ideas that might bear a strong resemblance to Rachmaninoff at one moment, Zawinul the next, Debussy the next, and still remain uniquely his. Watching his instructional videos, you get the feeling that you are listening to a musical scientist, a particularly analytical intellectual who lives and breathes harmony, rhythm, melody, and especially compositional narrative. Then there is his staggering pianistic technique. He can play anything that he writes.

And he loves writing with Lorraine Feather: "I'm a huge fan of Lorraine's lyric writing and singing. After working together for the past twenty years or so, I think I've come to better understand her unique musical world. It encompasses early American musical genres from blues, stride, and swing to the present day. Her lyrics often suggest a mash-up of all those eras! I, too, share a love for all those musical styles. Each style has its own melodic, harmonic and rhythmic vocabulary. I think all of Lorraine's collaborators have to speak those various musical languages in order to support her lyrics in the most authentic way.